Accessibility links
Israel's Clean-Tech Boom Draws A New Green Line Israelis often explain the policy choices they make by saying they live in a difficult neighborhood, and this is no exception. Fighting oil dependence isn't just good for the Earth -- it could ensure the country's security. 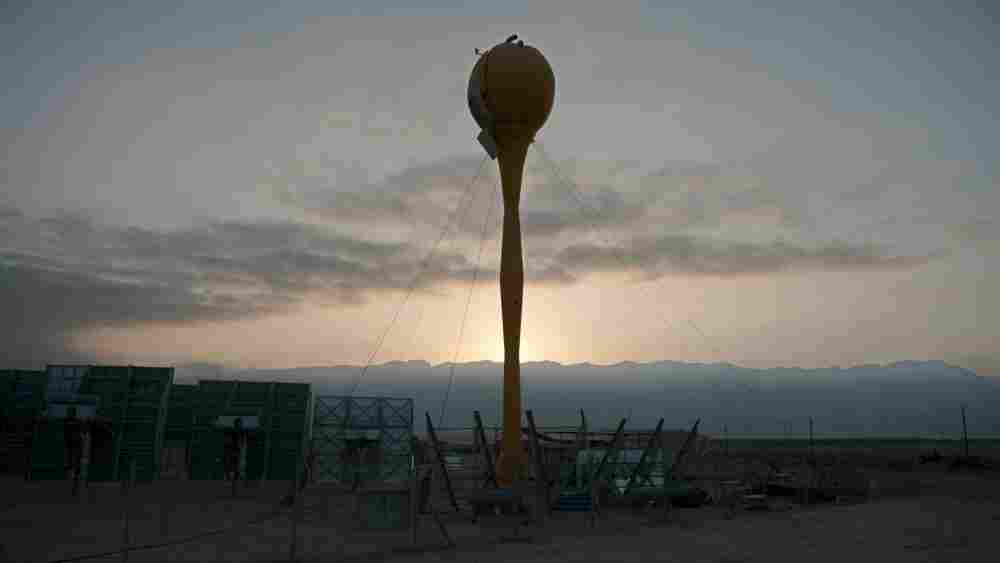 Israelis often explain the policy choices they make by saying they live in a difficult neighborhood, and this is no exception. Israel wants to be at the forefront of innovation in alternative energy, and it's investing hundreds of millions of dollars to do it.

That money is raining down on the southernmost part of Israel -- one of the most inhospitable places on the planet. It gets 1 inch of rainfall per year, with soaring temperatures that bake its sandy, mountainous landscape. Now, when Noam Ilan looks at the arid Arava region, he sees opportunity.

Ilan is an executive at Capital Nature, a research and development center in the region that is pushing renewable energy -- or "clean tech," as it's becoming known. He says the government's investment in the burgeoning clean-tech sector is motivated by more than just being green.

The thinking goes that if the world can be weaned off oil, then that will make oil-producing countries, like Israel's archenemy Iran, weaker.

Last month, Israeli Prime Minister Benjamin Netanyahu announced a $500 million investment plan supporting research and development in alternative energy, with the intention of, as he put it, "Israel becoming the leader -- the catalyst -- in research activity."

Huge mirrors point toward the sun in a dusty field located at the back of one kibbutz. There is one thing this part of Israel has a lot of, and that is sun.

It's a lofty goal and one that Israel isn't even close to achieving yet.

Israel already has a booming high-tech industry -- it has more companies on the technology-focused NASDAQ exchange than any place outside North America -- but it's been slow to get on the alternative energy bandwagon.

Competing On The Cutting Edge

At the moment, less than 2 percent of Israel's energy needs are serviced by alternative energy -- solar and thermal power. The goal is to get that to 20 percent in the next 10 years. That's a long way off, according to David Lehrer with the Arava Institute for Environmental Studies.

"Israel is far, far away," he says. "Part of the reason is because the regulation system within Israel was not in place in order to encourage renewable energy. And therefore, many Israeli entrepreneurs went abroad. And Israel was, in a sense, was left behind."

Jack Levy, a partner in Israel Cleantech Ventures, says Israel can't compete with huge countries like the U.S. and China, which invest billions of dollars in clean tech. But he says Israel can succeed by focusing on being an incubator of cutting-edge technology.

"What you're seeing here is the opportunity for Israel to be the laboratory," Levy says. "What we have are the abilities and the technologists and the intellectual property and the know-how to help that happen."

Leher says companies, entrepreneurs and scientists are already moving back.

"Israel has every reason to want to utilize its natural resource of sun and to wean itself and the rest of the world off fossil fuels," he says. "Therefore, we should not be the ones following everybody else, but we should take the lead."