Accessibility links
Political Crisis Thrust Upon Tragedy-Ridden Haiti Presidential elections in Haiti Sunday disintegrated into street protests after 12 of the 18 candidates said the balloting was fraudulent. Before the polls had closed, the candidates said they would not accept the results. 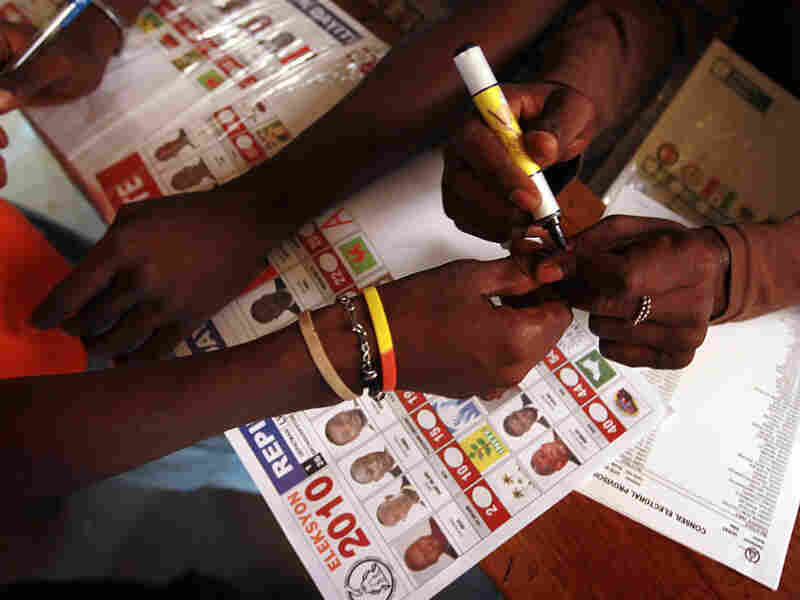 A poll worker places a mark on a voters hand to indicate she voted during Haiti's national election in Port-au-Prince, Haiti. Joe Raedle/Getty Images hide caption 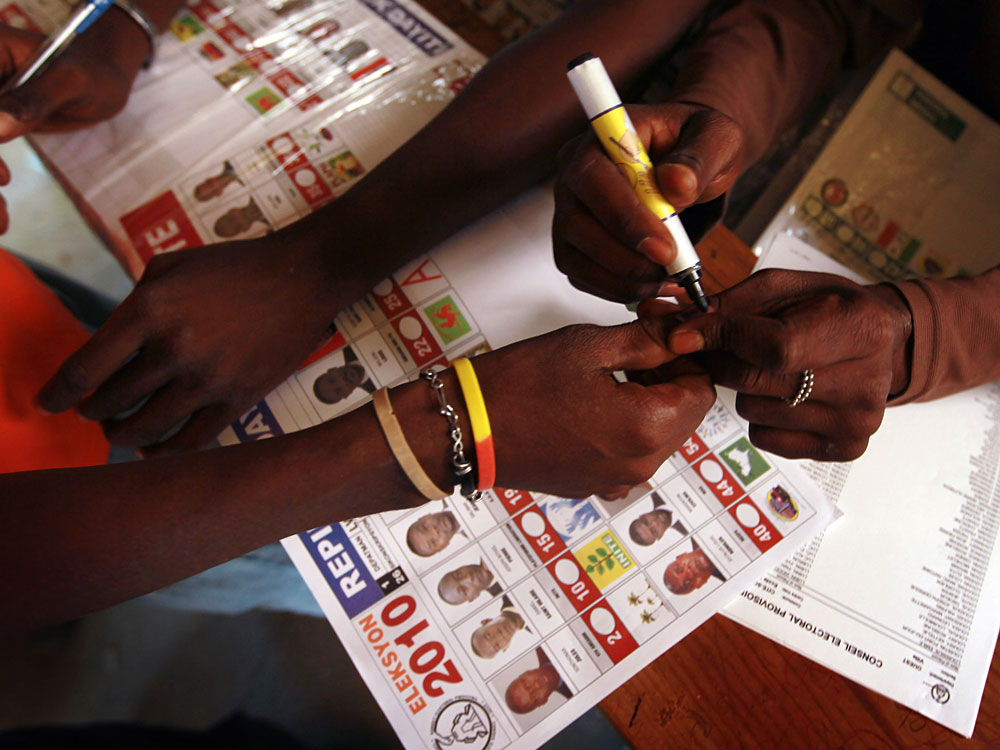 A poll worker places a mark on a voters hand to indicate she voted during Haiti's national election in Port-au-Prince, Haiti.

Haiti is having a bad year: First the earthquake and then a cholera outbreak. And now it's grappling with a political crisis.

Thousands of Haitians took to the streets across the country denouncing the election. For the most part, the protests were peaceful and had a festive feel to them. But their message was serious.

In the capital Port-au-Prince, the majority of the demonstrators were supporters of front-runner Michel "Sweet Micky" Martelly. They waved pink placards adorned with Martelly's bald head.

"There's a lot of conspiracy," said Sanot Fritzner, who was in a crowd of people in the Delmas section of the capital. "Everywhere you go to vote, they stop you, they say, 'You can't vote.' "

"Preval and Jude Celestin, they tried everything they can today to take that power today, and we are not going to let that happen," Fritzner said.

Boycotting candidate Leslie Voltaire said the fraudulent election "is a recipe for disaster" -- adding that rather than unifying the country and giving Haiti new leadership, this election has divided it.

He charges that the ruling party stuffed ballot boxes, intimidated voters and pushed tens of thousands of others off the rolls through bureaucratic bungling.

Voltaire said the coalition of 12 candidates is not going to allow this vote to stand.

"We will continue to get together. We'll have meetings with all the political parties and agree on some kind of solution," Voltaire said.

While the candidates are rejecting this poll -- which was funded with more than $20 million from the international community -- the candidates haven't suggested an alternative. 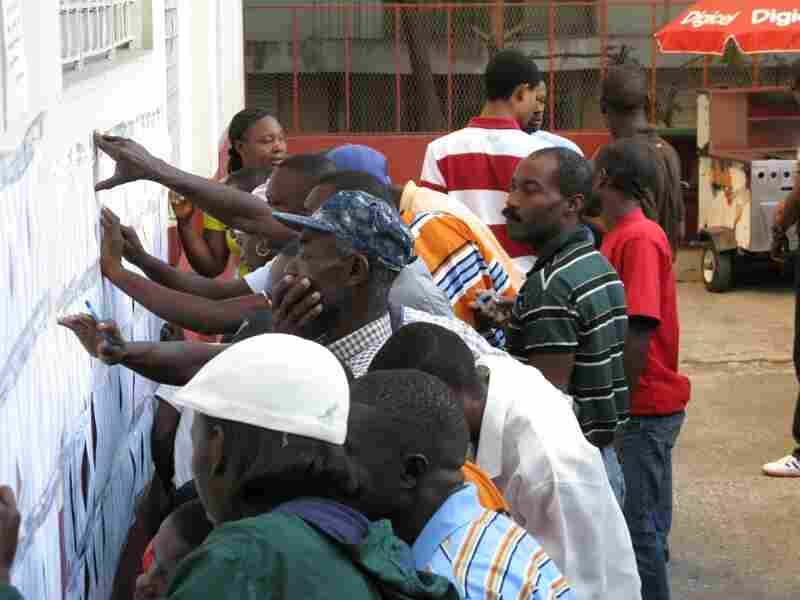 Throughout Haiti, there were repeated scenes of voters who couldn't find their names on election sheets. Jason Beaubien/NPR hide caption

Some of them have called for a new election, but it's unclear when that would happen. Others suggest that the votes for Celestin should be disqualified.

At polling places, many Haitians said their country needs change. There were repeated scenes, however, of people who couldn't find their names on voting lists.

Marc Franklin, 27, wanted to vote for Martelly but couldn't because his name wasn't on the election sheet.

Director of the Provisional Electoral Council Gaillot Dorsainvil dismissed the allegations of fraud made by the candidates. He said the election was completed, and it was a success. He added that there were some problems but at only a small percentage of the polling stations.

Dorsainvil said the council is moving forward with the vote count and expects to have initial results by Dec. 7.