Accessibility links
The New Republic: Obstruction Threatens Our Safety The GOP's obstruction of any legislation that would help the president's agenda includes the New START treaty with Russia, as well as airline security that could violate passengers' rights. E.J. Dionne of The New Republic argues that blocking these items will make the country less secure. 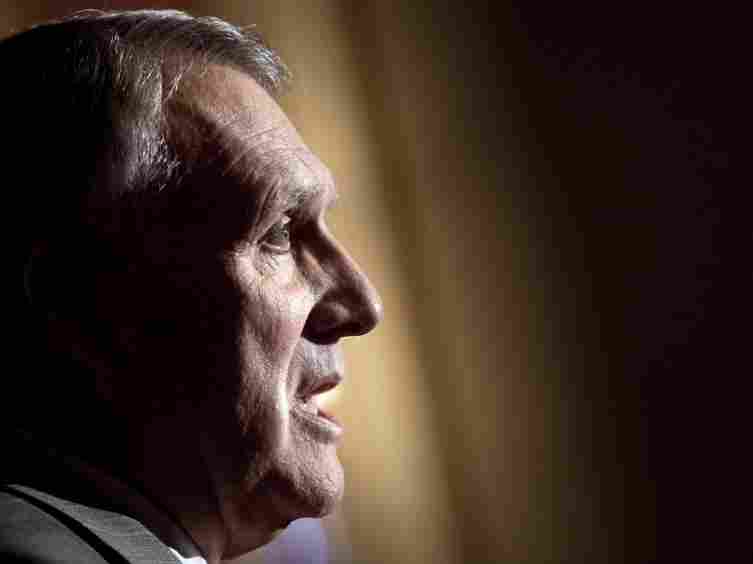 E.J. Dionne, Jr. is is a Washington Post columnist and a senior fellow at the Brookings Institution. He is the author of the book, Souled Out: Reclaiming Faith and Politics After the Religious Right.

Can we govern ourselves in the next two years? Do Republicans have any interest in accomplishments that might even indirectly benefit President Obama?

These questions hang over last week's meeting between the president and congressional leaders, an encounter that could set the tone for the next two years.

Grounds for optimism are thin. The most striking aspect of Republican behavior since their party's electoral triumph is a haughty assumption that the voters rejected everything Obama represents and that he ought to capitulate on all fronts right now. Anyone who fails to see things this way just doesn't "get" it.

So certain are the president's opponents that they and only they represent the will of the nation that they feel empowered to undercut Obama even on issues related to our nation's security.

Take the effort of Sen. Jon Kyl (R-AZ) to block ratification of the strategic arms reduction treaty in the lame-duck session. In doing so, he is playing Russian roulette with our nation's interests.

The New START treaty shouldn't be controversial. It is supported by conservatives as varied in their views as Robert Kagan, a neoconservative interventionist, and Pat Buchanan, a paleoconservative isolationist, not to mention such establishment Republican luminaries as James A. Baker III, Henry Kissinger, and Sen. Richard Lugar.

If this treaty is not ratified, the only winner will be Vladimir Putin. Is Kyl really willing to risk giving Putin and anti-American forces in Russia a leg up?

You don't have to believe me on this. As Kagan wrote in a column for The Washington Post, defeat of the treaty will "strengthen Vladimir Putin," who would use its demise "to stir more anti-Western nationalism, further weakening an already weak (President Dmitry) Medvedev and anyone else who stands for a more pro-Western approach." It's not my habit to agree with Buchanan, but he's right in saying: "Killing the treaty would morally disarm those Russians who see their future with the West."

And The Financial Times, hardly a left-wing newspaper, noted that Kyl's core arguments against the treaty are "so weak as to call into question Mr. Kyl's good faith." We don't need more time to consider it; the treaty has been debated for months. And the Obama administration has made a slew of concessions to Kyl to modernize our nuclear program. What, besides the identity of our current president, justifies this obstruction?

Then there's the uproar against intrusive security screening at our nation's airports, a controversy so evidently rooted in rants rather than reason that the central rallying cry of the critics has become: "Don't touch my junk."

There's nothing wrong with a sensible debate over the best ways to prevent another terrorist attack and exactly how to balance liberty and security. But there's plenty wrong with the double standard that (1) blames Obama for violating the rights of airline passengers, and (2) would blame Obama for not taking sufficient steps to protect us if another attack happened. Compare the response of conservatives to this controversy with their fury at anyone who raised questions about former President George W. Bush's anti-terror policies.

In pondering the GOP's current posture, I was reminded of the famous speech that the late Jeane Kirkpatrick gave to the 1984 Republican National Convention in which she condemned the "San Francisco Democrats," naming them after the very liberal and tolerant city in which they had just held their convention. Kirkpatrick's refrain about the opposition, which brought uproarious approval from the crowd, went this way: "They always blame America first."

I am afraid that we are about to enter a two-year period in which the Beltway Republicans will always blame Obama's America first -- you know, the America that is not the "real" America, the America that happens to disagree with much of the conservative agenda, the America from which they want to "take back" the country, as if the rest of us represent an alien force. If Obama and his America are for something, even if that something is in the nation's interest, it will be rejected out of hand.

And what will Obama do about all this? Ronald Reagan, Kirkpatrick's hero, found a way to stand strong, to fight back and to win. We will soon know whether our current president has this in him.