Accessibility links
Luther Vandross: The Velvet Voice The late soul singer's legendary voice has been called "flawless" and "as smooth as silk." It's been known to create an atmosphere of pure romance: For many years, Vandross was the go-to singer for when you wanted to get in the mood. 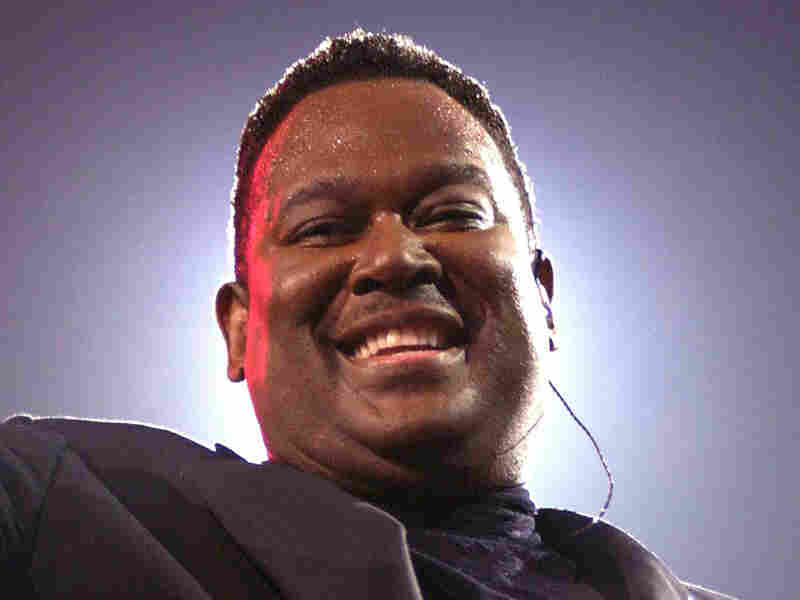 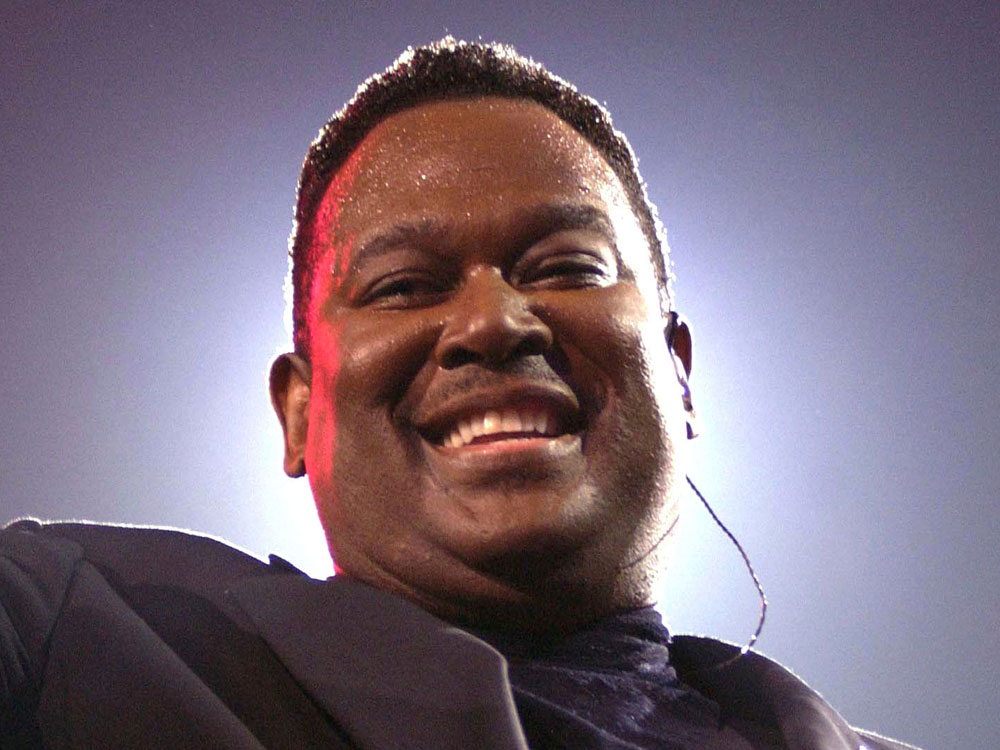 Luther Vandross' legendary voice has been called "flawless" and "as smooth as silk."

The voice of Luther Vandross has been called "flawless" and "as smooth as silk." It's been known to create an atmosphere of pure romance: For many years, Vandross was the go-to singer for when you wanted to get in the mood.

More about the bedroom in a moment. First: that voice. Vandross' vocal instrument was supremely fine-tuned, controlled and yet effortless. That breezy quality was something Vandross perfected during the years he spent as a background vocalist for some of the biggest stars of the 1970s: Bette Midler, David Bowie and Barbra Streisand are just a few of the A-listers who wanted to work with him.

Vandross first met bass player Marcus Miller when they were both in Roberta Flack's band. Miller says Vandross was a "connoisseur of background singers." Like Vandross, Miller was one of the most in-demand session musicians at the time, so he and Vandross were always bumping into each other. Miller says he was 17 or 18 when they first met.

"I was a hard-core musician, mostly jazz, so I didn't really respect singers that much," says Miller. "They were just somebody in the front of the band entertaining the audience while we were doing the real work in the back."

But Vandross changed Miller's mind. Miller says that during downtime on the road together, Vandross would "educate" him.

"He would play me Aretha Franklin. He'd play me Donny Hathaway. All the great singers," Miller says. "And he would explain to me exactly what they were doing. Most singers can't do that because, although they're very talented, they're not really technically knowledgeable about what they're doing."

But Miller says Vandross was.

"He'd say, 'OK, now listen to Dionne [Warwick],' " Miller says of Vandross. " 'She's going to hold back the vibrato. She's going to add it right now, for drama.' And I was like, 'Whoa, this is like playing an instrument. This is pretty incredible.' "

Miller says it was then that he became a fan of singing -- and a fan of Luther Vandross.

When Vandross went solo, Miller wanted in on the action. They worked together for more than 20 years, co-writing songs and co-producing albums together. Before long, some of the singers Vandross idolized growing up became fans of his -- including Warwick, who describes Vandross' voice as a piece of velvet.

"It was smooth to the touch, easy to feel, wonderful to look at," Warwick says. "When I heard Luther's voice, I heard peace. It made me feel good."

And what sort of mood could Vandross put you in? Stephanie Williams says she needs to censor herself to answer that question.

Miller picks songs that will appeal to the radio show's older audience. Williams says it's a funny thing with Vandross: Even though he could make just about anybody think about things to do in the bedroom, she says he was not the object of desire.

"It wasn't a sex-symbol thing with Luther, even though his music was extremely sexy," Williams says. "He could get us in the mood to be with this other guy, and we loved that."

If you want to see just how much women adored Luther Vandross, take a look at the video of the NAACP Image Awards from 1988, when Vandross sang "A House Is Not a Home" to an ecstatic audience. Anita Baker is almost giddy. A young Janet Jackson has a huge smile on her face. And Dionne Warwick, who originally made the song famous, is beaming as Vandross sings what she calls "the definitive version."

"He did it with just the opposite," Miller says. "He did it with sensitivity, just being honest and being open with your emotions -- that's what really gets to women. I'll tell you, he got more underwear thrown at him than a little bit."

Vandross apparently never liked having underwear thrown at him onstage, nor did he favor the nickname "King of the Bedroom." Miller says Vandross believed he sang about something deeper: "Two people connected on that special level," Miller says. "I think that was the ultimate to him."

But Miller says Vandross never really found it himself.

"I didn't meet anybody who was steady with him. It would work out for a while, but ... I don't know," Miller says. "I think that's what made his songs so intense. He was looking for that. The one thing he wanted so much and sang about so well is the one thing that he really didn't get himself."

On a DVD special called Always and Forever, the man who started his career as the backup singer and arranger everybody wanted in his band was thrilled to say he'd come into his own.

"One thing I really love about my career," Vandross said, "is that when I came out, I wasn't hailed as 'the new Otis Redding' or 'the new Sam Cooke.' I wasn't 'the new Teddy Pendergrass or Smokey Robinson.' I wasn't the new anybody. I was Luther."

Dionne Warwick says "many have tried" to be the new Luther, but in her mind, no one has come close.