Accessibility links
To Become A 'Black Swan,' Portman Had To Go Dark The Black Swan star describes what it was like to train with members of the New York City Ballet in preparation for her role as a mentally unstable ballet dancer in Darren Aronofsky's psychological thriller. 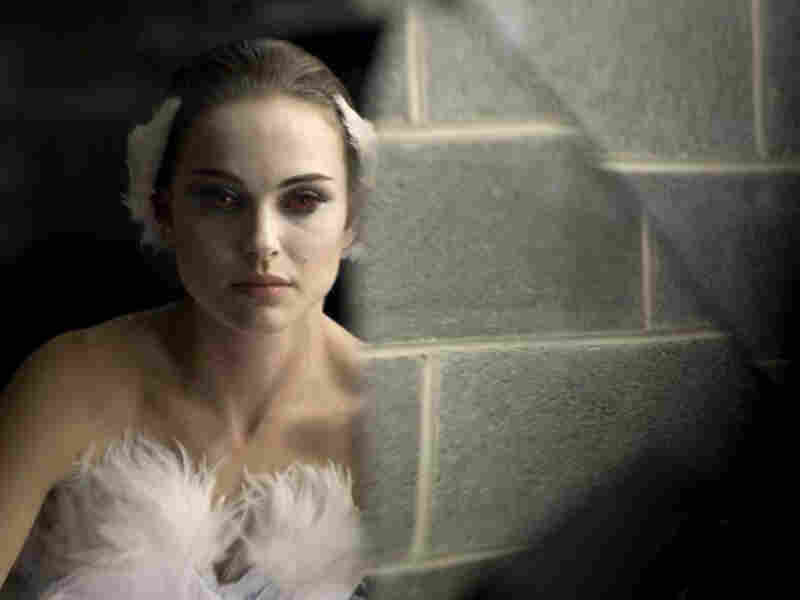 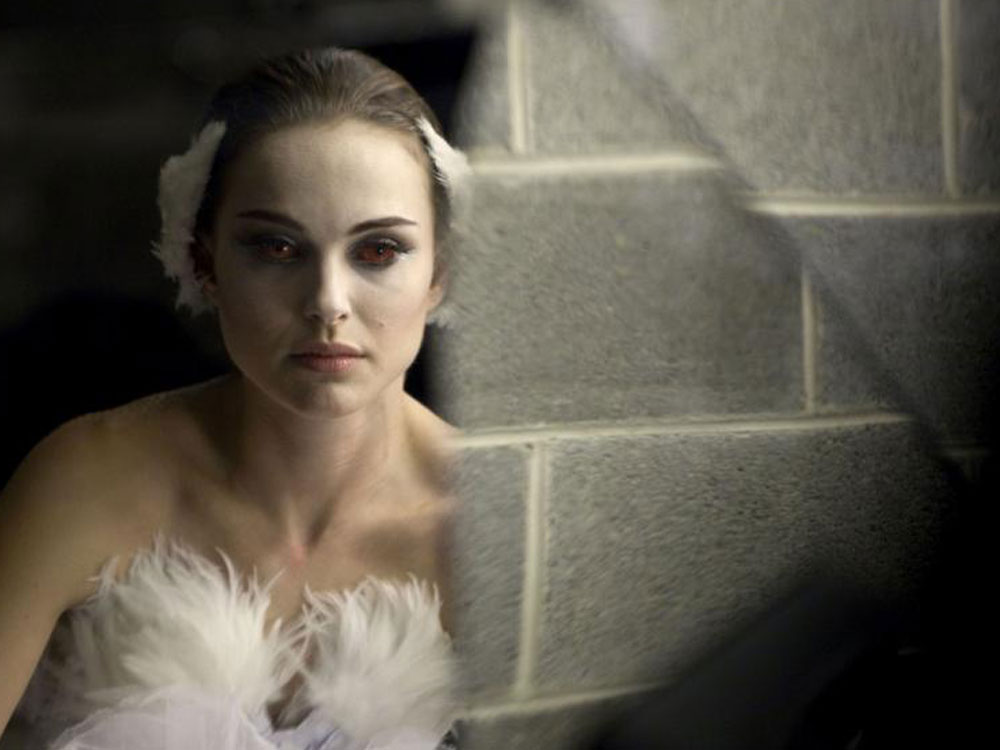 Natalie Portman plays Nina, a ballerina dancing the roles of both the White Swan and the Black Swan, in Darren Aronofsky's psychological horror film Black Swan.

Natalie Portman studied ballet from the ages 4 to 12, at which point she turned her focus to her acting career. That early training helped prepare her for her latest role, as a ballerina with a (very) dark side in Darren Aronofsky's psychological thriller Black Swan.

"As a child, I idealized [ballet] because, as a little girl, you just think of it as this pretty, light, delicate and feminine thing," she tells Fresh Air's Terry Gross. "You see how much darker the world is when you're immersed in it."

In Black Swan, Portman plays Nina, who lands the lead role in a major production of Swan Lake. She's tasked with playing both the innocent White Swan and the darker, more sensual Black Swan — both of them avatars for characters competing for the love of a prince. Nina, who is somewhat reserved, struggles with playing the Black Swan. As she begins to dance, however, she realizes her understudy (Mila Kunis) may be trying to steal her part — and a dark side of Nina begins to emerge.

Both Portman and Kunis started preparing for their roles more than a year in advance, to make their bodies look like those of professional dancers. The actresses trained for hours a day with a ballerina from the New York City Ballet. By the end, Portman was dancing several hours a day, swimming miles and cross-training, losing almost 20 pounds in the process. Her body, she says, paid a price: Her toenails fell off, her feet became calloused and she dislocated a rib during a lift.

"But it wasn't the end of the world," she says. "Real dancers dance with such incredible injuries that you wouldn't even believe. It's a nightmare for them to be replaced once they've made it to the top and they get these roles. [So] they will dance with a sprained ankle or torn plantar fascia or twisted necks just to make sure they can keep their moment."

"I go back at least once a year but usually 2-3 times a year and five years ago, I did a semester of grad school at Hebrew University in Jerusalem. So I lived in Jerusalem for six months."

On being engaged in Middle East politics

"I think I was really, really involved [in Middle East politics] when I was in my early 20s. I was reading Haaretz every day. It was the website I opened to on my computer and would read obsessively. I was very passionate and very emotionally aroused from it and then I had to disconnect from it. I barely pay attention anymore — I know it's not necessarily the proudest thing to say, because I know it's important to be engaged — but it can get so hard to feel that emotional about something you have no impact on."

"I remember it being a prominent feature of my education because I went to Jewish Day School until I was 13. We moved a lot so I went to different schools in Maryland and then Connecticut and then Long Island, so it was just such a central part of our learning — of everything we learned. You can understand the power of memory of the Jewish people but also there's the drawbacks, too. Because no one mentioned Rwanda to us, which was happening at the same time — which is kind of an interesting thing, which I regret and I wish was different."

On going to Harvard University to major in psychology

"I've been acting since I was 11. I've gotten to have so many amazing experiences and work with so many amazing people that it's been sort of a school for me. Having the opportunity to go to university, ... [I realized that] I wanted to take advantage of everything I could. And psychology seemed also a way where I could learn things that would be eventually helpful to my acting career without actually taking acting classes."