Accessibility links
Hollywood Takes A Look Back For The Holidays Critic Bob Mondello takes a look at the upcoming season of new movies and makes some guesses about which will be worth seeing. And if you think you know The Tempest, he's got a surprise for you. 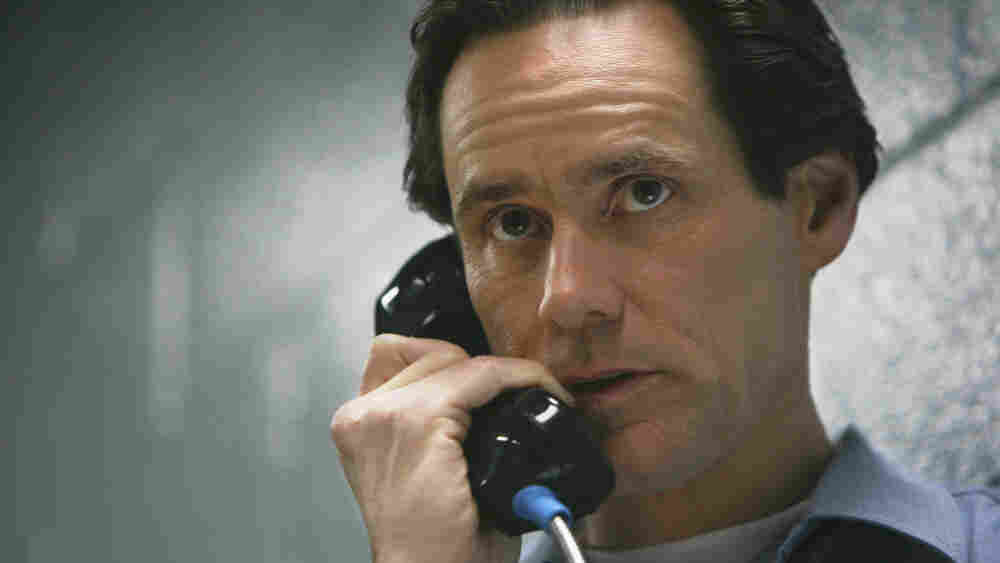 This is the moment Tinseltown lives for -- everything still possible, holiday joy seemingly guaranteed. All those brightly wrapped Christmas baubles the movie studios have stacked under the multiplex tree? They still look so pretty before they're opened, don't they? The foolproof comedies that will turn out to have been packaged without laughs, the mystery puzzles that we'll discover to have pieces missing, the action flicks whose batteries we'll find are not included: While they're still under wraps, they all still seem golden.

So what to look forward to? Well, if antici ... pation is key, the one to watch is I Love You Phillip Morris, with Jim Carrey playing real-life con man Steven Russell, who falls for the title character (Ewan McGregor) in jail, and then escapes and escapes and escapes to be with him. (In real life, Russell so embarrassed Texas prison authorities with his getaways that they've had him on 23-hour lockdown for years.)

Directed by Glenn Ficarra and John Requa (the writers behind Bad Santa,) the film has had as recidivist a history as its main character. After scoring great reviews and big crowds overseas, it's bounced from distributor to distributor in the U.S., setting and then canceling opening dates in March, April, July and October. It's finally supposed to open -- theoretically -- next week. Check out the trailer; it looks like a gay Catch Me If You Can.

Then I have to confess I'm kinda looking forward to the Jeff Bridges retro-minifest, as he stars in the season's reboots of Tron (1982) and True Grit (1969). The former was chiefly of interest to sci-fi cultists until Disney decided it needed a special effects tentpole (Tron: Legacy) for the holidays; the latter is intriguing mostly because the Coen brothers are involved.

Otherwise, mainstream pickings look a little slim, though some of the specialty fare looks like fun. It's hard not to have hopes for The Illusionist (about a mildly talented magician and a girl who thinks his magic is real) for instance, since it's been made by Sylvain Chomet, the animating genius behind Triplets of Belleville. That he's working from a script the late Jacques Tati penned for himself and his daughter years ago only adds interest. If anyone can cut Tati's whimsy, it's Chomet.

And as a theater nut, I can't help keeping fingers crossed for Julie Taymor's take on Shakespeare's The Tempest, which stars Djimon Hounsou as the twisted monster Caliban and Russell Brand as a, um, drunk (no comment) -- and which saves a casting twist for the role of Prospero, the magician who whips up the titular storm. This time it's Prospera, and she's played by Helen Mirren.