Accessibility links
Steve Martin Finds His Muse In 'An Object Of Beauty' Martin is best known for his comedy, but he's also a writer, a Grammy-winning bluegrass artist and a serious art collector. In his new novel, An Object of Beauty, Martin tells the story of an ambitious woman navigating her way up — and out of — the New York City art world. 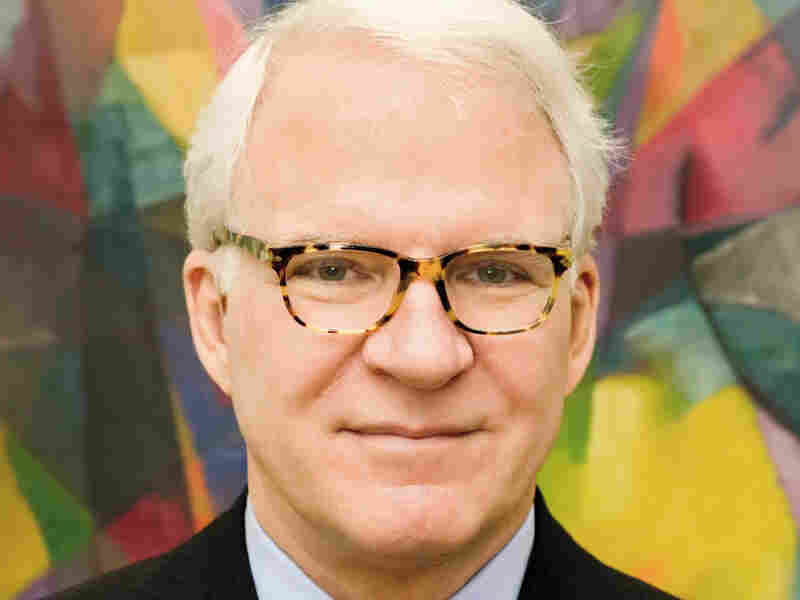 Steve Martin's book Shopgirl was turned into a movie of the same name, with Claire Danes in the title role. Sandee Oliver hide caption 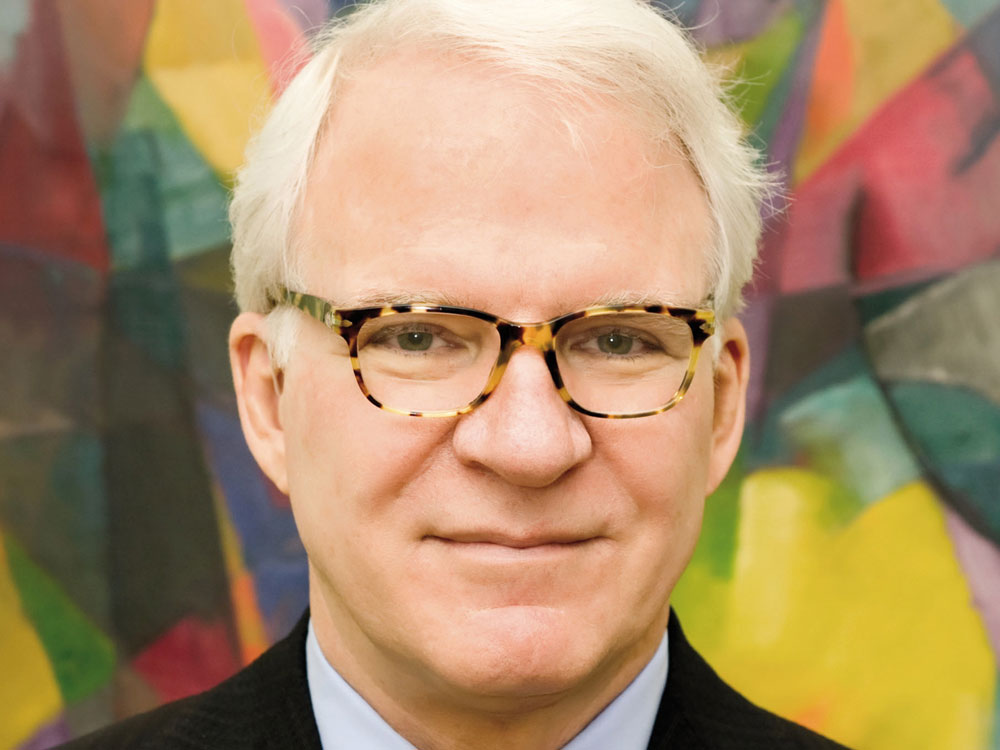 Steve Martin's book Shopgirl was turned into a movie of the same name, with Claire Danes in the title role.

Steve Martin is best known for his comedy, but he's also a writer, a Grammy-winning bluegrass artist -- and a serious art collector. In his new novel, An Object of Beauty, Martin channels an ambitious woman navigating her way up -- and out of -- the New York City art world.

Lacey Yeager, the art dealer anti-heroine of Martin's book, will do just about anything to get ahead in her field. Martin hasn't met her, exactly, but tells NPR's Tony Cox that he's met plenty of people like her.

Martin divides the world into two categories -- the financial and artistic -- with "different types of people" populating each domain. "Generally," Martin explains, "the artistic side of the world has people with more flamboyant personalities, or more uncategorizable personalities, and Lacey is certainly one of those people."

Martin says that readers who hail from the financial world may not sympathize with a character as "extravagant" as Yeager -- but they might identify with the narrator of An Object Of Beauty. Yeager's friend Daniel Chester French Franks simply "observes her," Martin says. "All you can do with these type of people is observe them and wonder how they tick, what makes them work, because they really cannot be explained." 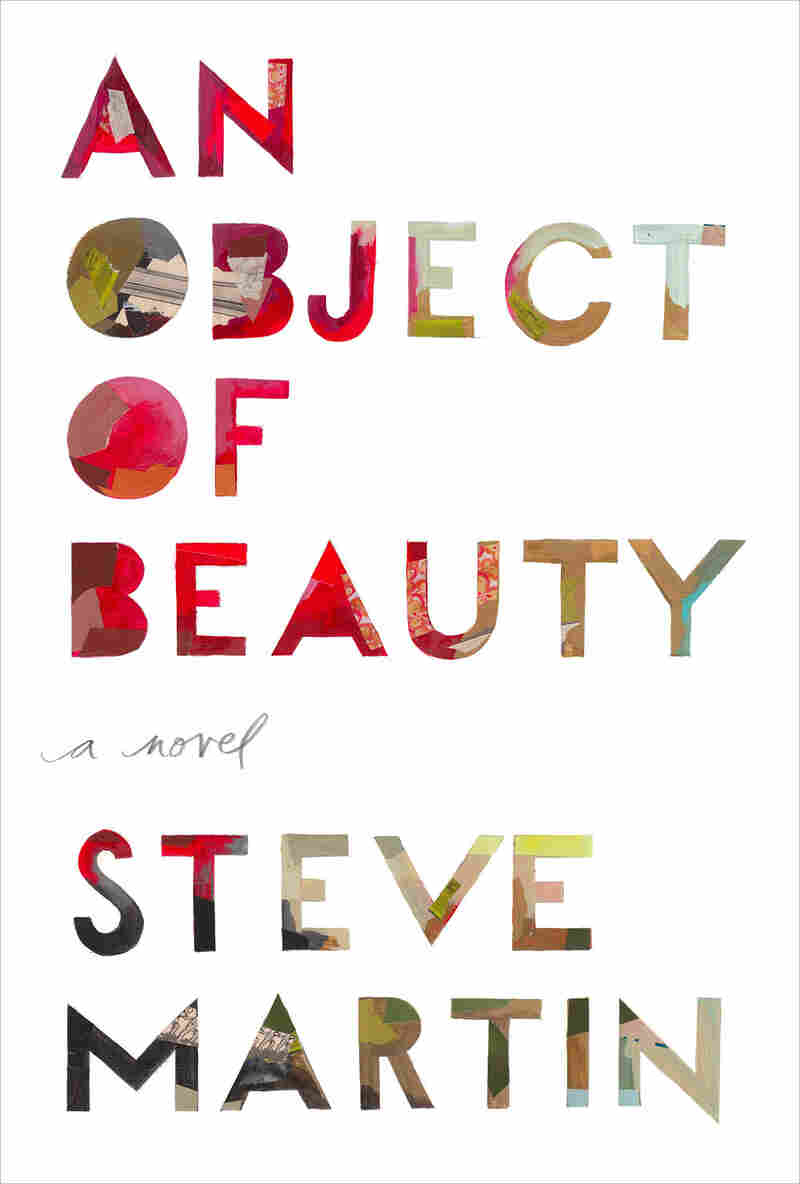 Of course, Martin is himself a dynamic personality, so what makes him tick? Show business, he says. As a young man, he saw not going into show business as the riskier choice.

"When I was in college," Martin recalls, "I was debating to try my hand at show business, or to become a professor. I just thought of the risk of not going into show business and always wondering if I would've had a chance. Because that's where my real heart was."

And so far, Martin hasn't regretted his decisions to focus on writing or acting or playing the banjo. "I never thought about success. I always thought about doing the job at hand," he says. "My goal was getting through the show that night."

He didn't fear the scorn of doubters, Martin says, because "nobody cared -- there wasn't enough to doubt. To have a doubter implied that you had somebody who cared."

And despite his success, he says he'll never go back to stand-up comedy. "In my banjo show with the Steep Canyon Rangers, I do do comedy during that show," he says. "It'd be absurd just to stand there mute and play 25 banjo songs." Martin enjoys that, but "it's always broken up by music."

Excerpt: 'An Object Of Beauty'

I am tired, so very tired of thinking about Lacey Yeager, yet I worry that unless I write her story down, and see it bound and tidy on my bookshelf, I will be unable to ever write about anything else.

My last name is Franks. Once, in college, Lacey grabbed my wallet and read my driver's license aloud, discovering that my forenames are Daniel Chester French, after the sculptor who created the Abraham Lincoln memorial. I am from Stockbridge, Massachusetts, where Daniel Chester French lived and worked, and my parents, being parochial Americans, didn't realize that the name Daniel Chester French Franks read funny. Lacey told me she was related to the arts by blood, too, but declined to tell me the full story, saying, "Too long. Later I'll tell you, French Fries." We were twenty.

I left Stockbridge, a town set under the glow of its even more famous citizen, the painter of glad America, Norman Rockwell. It is a town that is comfortable with art, although uncomplicated art, not the kind that is taught in educational institutions after high school. My goal, once I discovered that my artistic aspirations were not accompanied by artistic talent, was to learn to write about art with effortless clarity.

This is not as easy as it sounds: whenever I attempted it, I found myself in a convoluted rhetorical tangle from which there was no exit. After high school, I went south to Davidson College in North Carolina, while Lacey drove north from Atlanta, and there, Lacey and I studied art history and had sex together exactly once.

Even at the age of twenty, Lacey's entry into the classroom had the pizzazz of a Broadway star. Our eyes followed her down the aisle, where she would settle into her seat with a practiced hair-flip. When she left a room, there was a moment of deflation while we all returned to normal life. It was apparent to everyone that Lacey was headed somewhere, though her path often left blood in the water.

If one of her girlfriends was in a crisis, Lacey would rush in, offering tidal waves of concern. She could soothe or incite in the name of support: "Honey, get over it," or, conversely, "Honey, get even." Either bit of advice was inspiring. The emotions of men, however, were of a different order. They were pesky annoyances, small dust devils at her feet. Her knack for causing heartbreak was innate, but her vitality often made people forgive her romantic misdeeds. Now, however, she is nearing forty and not so easily forgiven as when her skin bloomed like roses.

I slept with her in our second year. I was on the rebound and managed to avoid devastation by reconnecting with my girlfriend days -- or was it hours -- later, and Lacey's tentacles never had time to attach. But her sense of fun enchanted me, and once I had sufficiently armored myself against her allure by viewing her as a science project, I was able to enjoy the best parts of her without becoming ensnared.

I will tell you her story from my own recollections, from conversations I conducted with those around her, and, alas, from gossip: thank God the page is not a courtroom. If you occasionally wonder how I know about some of the events I describe in this book, I don't. I have found that -- just as in real life -- imagination sometimes has to stand in for experience. 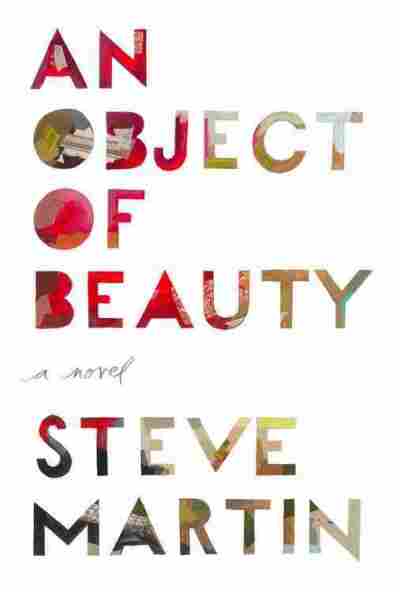 An Object of Beauty