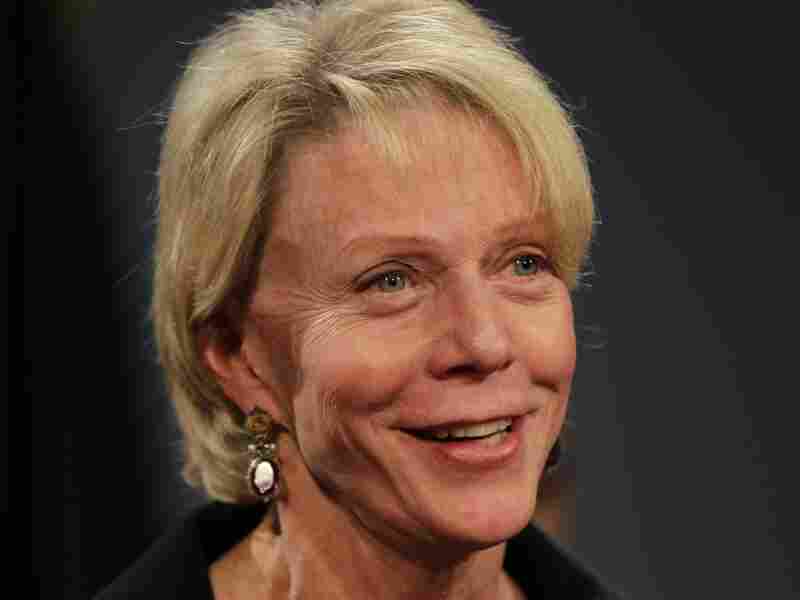 Hearst Magazines chairwoman Cathie Black shown earlier this month after New York City Mayor Michael Bloomberg announced her as his choice to be the next chancellor of the city's public schools. Seth Wenig /AP hide caption

The nation's largest school district is getting a new leader.

Hearst Magazines chairwoman Cathie Black will become chancellor of the New York City public schools following weeks of controversy over her qualifications. Black has a long career in publishing but has never worked in education.

Mayor Michael Bloomberg is fond of telling the public that he's the one accountable for the city schools. But when Bloomberg named publishing executive Cathie Black, 66, to replace outgoing chancellor Joel Klein a few weeks ago, the move still took the city by surprise.

Bloomberg apparently considered no one else for the position. Parents and politicians questioned putting someone with no experience in education in charge of a system of more than a million students.

Bloomberg argued that given the sheer size of the school system, and the prospect of more budget cuts, a professional manager would be most qualified.

On Monday, the mayor finally prevailed. But only after the state education commissioner forced him to hire a chief academic officer to work alongside Black. Bloomberg needed a waiver from a state requirement that school leaders have certain credentials.

If installing an educator was a compromise, though, the headstrong mayor didn't see it that way.

"There will be one person in charge. Make no mistake about that," Bloomberg said.

But the fact that Black's appointment caused so much trouble shows how a mayor who made billions from his media company isn't always successful in winning public approval. More than 13,000 people signed an online petition opposing Black as chancellor.

Justin Wedes, a former teacher, collected those names and delivered them to the state education commissioner.

"This is not an attack against Cathie Black," Wedes says. "She may be a wonderful person. Unfortunately, we haven't heard much from her. We'd like to. But the fact of the matter is that there are plenty of educators who are also excellent managers already in our city, and the job should go to one of them."

A recent poll found that more than half of city voters didn't think Black had the right experience to be chancellor. That figure was significantly higher among parents of public school children.

With the issue resolved, the mayor said it's time to put politics aside in the interest of the schoolchildren.

But that might not be so easy, says Joyce Purnick, a former New York Times columnist who wrote a book about Bloomberg called Money, Power, Politics.

"He ultimately got what he wanted, so I'd have to call it a win. But he lost some credibility, he was embarrassed, and I think that his reputation for being out of touch and being an elitist was reinforced by the way he handled this."

And while Bloomberg got his choice of chancellor, his education record is still the subject of great debate.

High school graduation rates did increase, as did scores on state math and reading tests. But the pass rate on those tests fell tremendously this year after the state raised the bar, acknowledging that its exams had gotten too easy.

That all happened under the leadership of departing chancellor Joel Klein, a lawyer who also needed a state waiver because of his slim experience in education.

With Klein moving on after eight years, Bloomberg's new chancellor has a tough sell.

Now that Black has convinced the state to give her a chance, she'll have to convince the public that she's right for the job. She takes over in January.