Accessibility links
Amid Fears, WikiLeaks Presents Some Upside U.S. officials have denounced WikiLeaks' publication of diplomatic cables as an act of espionage. But there are some instances in which increased attention could help promote U.S. goals.

Amid Fears, WikiLeaks Presents Some Upside To U.S.

Amid Fears, WikiLeaks Presents Some Upside To U.S. 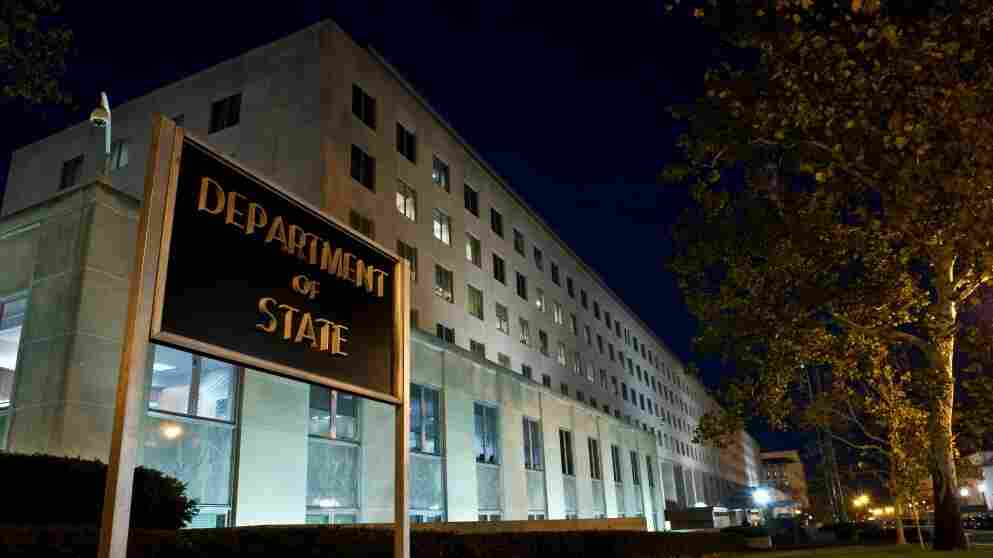 Hundreds of diplomatic cables between U.S. embassies and the State Department were published Sunday by WikiLeaks, prompting U.S. officials to denounce the move as reckless and dangerous. But some analysts say information in the documents could be useful to foreign policy objectives. Nicholas Kamm/AFP/Getty Images hide caption

Some revelations in WikiLeaks' publication of hundreds of diplomatic cables and documents could ultimately prove useful to U.S. foreign policy objectives, analysts say.

U.S. government officials have denounced the release of classified material as reckless and dangerous. But foreign policy experts say in specific instances there may be an upside, such as improving America's image in the Arab world or prompting greater congressional oversight on China policy.

The silver lining really is that the U.S. doesn’t come across as a gunslinger, at least in the Middle East.

"Of the few that I've seen, there are certainly a number of cases where the release may actually assist U.S. efforts," says Jamie Fly, executive director of Foreign Policy Initiative, a conservative think tank.

WikiLeaks has published hundreds of diplomatic cables, out of a total cache of a quarter-million. Many were provided in advance to news outlets including The New York Times, which began publishing them on Sunday.

The Justice Department is laying the groundwork for possible criminal prosecution of WikiLeaks. Rep. Peter King (R-NY), who will chair the House Homeland Security Committee next year, says that WikiLeaks should be classified as a terrorist organization.

Defense Secretary Robert Gates on Tuesday sought to play down the potential impact of the leaks.

"Is this embarrassing? Yes. Is it awkward? Yes. Consequences for U.S. foreign policy? I think fairly modest," Gates told reporters at the Pentagon. He called dire predictions about the effect of the release on America's foreign policy as "significantly overwrought."

Fly stresses that much of the cable traffic between U.S. embassies and the State Department is kept secret for good reason. But a lot of it, he said, is kept under wraps simply owing to "diplomatic niceties."

Bringing more such information to light could be helpful, he says. Details about how China has rebuffed U.S. efforts to hamper North Korea's nuclear program "may increase the pressure on the administration, from Congress and elsewhere, to be more frank with the Chinese, to make it clear that if they don't cooperate with us, there will be repercussions," Fly says.

Other documents make it clear that some Arab nations, including Saudi Arabia and the United Arab Emirates, are just as nervous about Iran's nuclear ambitions as the U.S. and Israel -- perhaps even more so.

"I don't think it shocks anybody that countries in the Middle East are urging the U.S. to do something about Iran," says James Jay Carafano, director of foreign policy studies at the Heritage Foundation. "But when you actually see the language it's kind of a wake-up call."

U.S. Image In The Arab World

The strong language used by Iran's neighbors and revealed in the leaked cables could help the U.S., in part by making the Obama administration seem less like an aggressive outlier, suggests Fariborz Ghadar, a distinguished scholar and senior adviser at the Center for Strategic and International Studies, a bipartisan policy research organization in Washington.

"The silver lining really is that the U.S. doesn’t come across as a gunslinger, at least in the Middle East," Ghadar says. "If you look at the perceptions and the polls of the Arab street, here we are, this gunslinger, shooting up Afghanistan and Iraq, and now we're going after Iran.

"Now the wording shows that their own leaders are in fact much more jingoistic and it's the U.S. that's been much more thoughtful," he says.

That could cause some problems for U.S. allies in the region, Ghadar notes, if their hostile attitudes toward Iran are seen as out of step with domestic public opinion.

An Increase In Secrecy

Ghadar also worries that the WikiLeaks publication could make diplomats abroad more cautious about what they will put into their reports.

"There will be all kinds of repercussions, with foreign officials being perhaps less willing to be candid about what is going on with their governments," says Fly, the Foreign Policy Initiative executive director.

The Defense Department has already put in place measures -- such as bans on USB drives -- designed to block large-scale document theft. More are certain to follow. Such measures could make it trickier for agencies to share vital information with each other, a key goal of national security efforts since the 2001 terrorist attacks.

Time For A Review?

Heritage's Carafano suggests that it will always for be difficult for agency safeguards to stay ahead of rapid changes in information technology. While he is no fan of WikiLeaks, Carafano argues that its latest document dump does not bring to light problems U.S. agencies were not already aware of.

"Nobody needs to explain to the U.S. government that we're under constant cyber-assault and that these things happen," Carafano says.

David Rothkopf, a visiting scholar at the Carnegie Endowment for International Peace, believes that prompting "a massive, comprehensive review and reform of how America keeps, shares and thinks about its secrets is one of the few benefits this unfortunate incident could produce."

Writing in The Financial Times, Rothkopf notes that the WikiLeaks information also shows "the formidable courage and capabilities of many diplomats."

Although Secretary of State Hillary Clinton has been forced to do damage control all week, the massive leak shows that her department is on top of its game, says Lawrence J. Korb, a senior fellow at the Center for American Progress, a progressive think tank in Washington.

"One thing that is helpful is that it shows that the U.S. government is basically trying to put in place good policies, that it has a good idea of what's happening in Afghanistan and Pakistan and has a pretty good analysis of the situation of Russia," Korb says. "The Obama administration has got a pretty realistic view of the world and the world we live in and the things that are helping and hurting our policies."

Fly agrees. "From an outsider's perspective, and as someone who has been critical of the administration on different issues, it shows there's not a lot of naivete about the world from this administration," he says. "They're dealing with the real threats that are out there."