Accessibility links
Review: Agalloch, 'Marrow Of The Spirit' Agalloch's folk-inspired black metal is highly atmospheric — the musical equivalent of fire emerging from fog. Marrow of the Spirit works to dispense healing through melancholy.

Review: Agalloch, 'Marrow Of The Spirit'

Review: Agalloch, 'Marrow Of The Spirit' 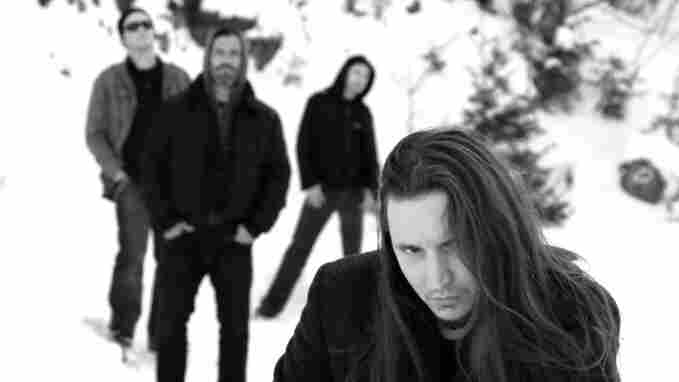 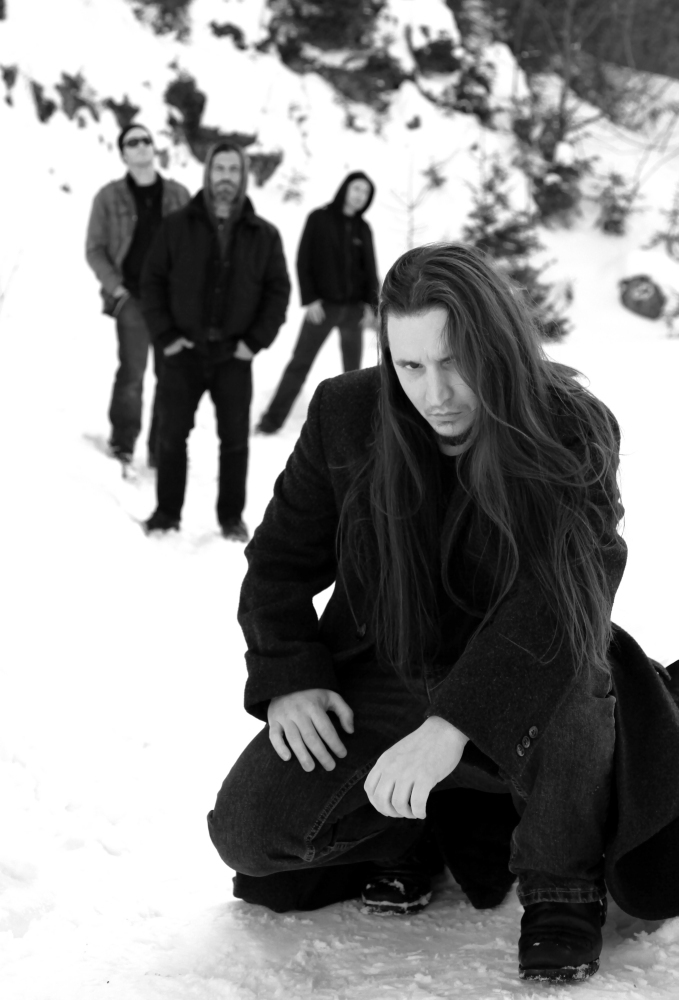 There are enough "two-adjective metal" albums (thanks for that term, John Cobbett) in a year to fill the hall of Odin, or whichever cult iconography serves as its current equivalent. But Marrow of the Spirit is something special. In it, Agalloch has released something thoroughly moving — a force that heals through melancholy.

It's hard not be hyperbolic about new Agalloch material. In its 15 years, the Portland, Ore.-based band has released just four full-length albums and a smattering of EPs, each adored by a cult following. Frosted black metal and folk music were the group's initial touchstones — highly atmospheric, the musical equivalent of fire emerging from fog.

But where past albums like Pale Folklore and Ashes Against the Grain felt like woodsy fantasy steeped in elegiac beauty, Marrow of the Spirit reflects the forlorn forest, gnarled and searching. The record even opens with field recordings of a stream, one not unlike the icy waters that grace the front cover. Cellist Jackie Perez Gratz (Grayceon, Asunder, Giant Squid) then sets the tone, somberly allowing those strings to hover above the water.

But just as soon as we drift downstream, new Agalloch drummer Aesop Dekker (of San Francisco's Ludicra) awakens a torrent of furious riffing in "Into the Painted Grey." We have to fight through these woods, this depression. Dekker's muscular, punk-fueled percussion soon arrives as the perfect foil to John Haughm's mournful shrieks and minor-chord epiphanies. At 5:33, after a cathartic pummeling, the song lifts skyward with ascending scales on two electric guitars and an acoustic, then becomes bedded by a descending chord progression and thundering drum fills. It's a glorious moment.

This holistic musical narrative sets Agalloch apart from everyone else. From the few interviews Haughm has given to support Marrow of the Spirit so far, the album seems to be about healing. So think of Haughm and his bandmates as spiritual travelers, rooting through the desolate earth with bare hands, faced with some unbearable truth at the album's climax: "Black Lake Nidstang." The 17-minute song tells a story in itself, coming up against a wall of noise, a lonely guitar wail (a la Godspeed You! Black Emperor) and a dramatically paced tympani and acoustic guitar. When Haughm lets out his most devastating howl at 7:22, it's a throw-your-hands-to-the-heavens moment, a glimpse of humbled knowing. Nate Carson's (Witch Mountain) droning Moog then takes the body, exhilarated and renewed, and speeds the course to recovery in the surprisingly joyful "Ghosts of the Midwinter Fires," which owes an effects pedal and a chord progression or two to the Cure's Disintegration.

Marrow of the Spirit is blissfully dense — it uncovers more with each subsequent listen. It closes with more sounds of the stream, but it's clear in its final moments that the album isn't done healing just because the music has died down.