Accessibility links
Steve Martin Isn't Predictable Enough!: This Is Why We Can't Have Nice Things Steve Martin's bad experience being interviewed at New York's 92nd Street Y hints at a larger problem involving complacent audiences and an unwillingness to admit that not every experience will be up every viewer's alley.

Steve Martin Isn't Predictable Enough!: This Is Why We Can't Have Nice Things

Steve Martin Isn't Predictable Enough!: This Is Why We Can't Have Nice Things 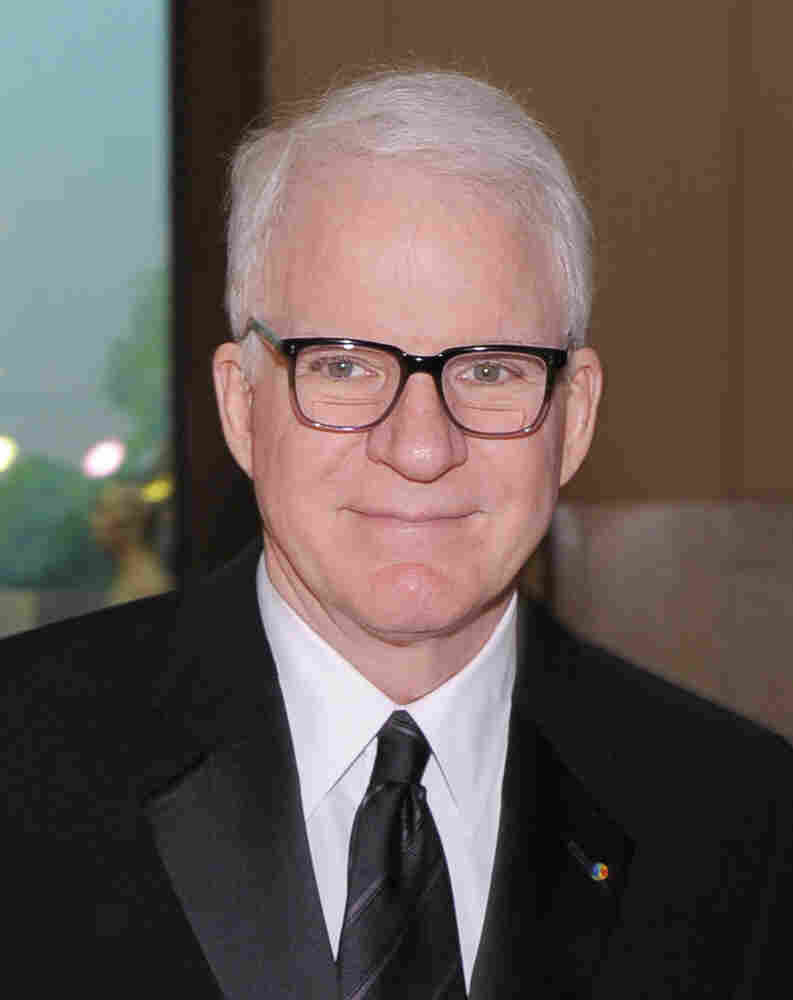 Steve Martin tweeted last night, "So the 92nd St. Y has determined that the course of its interviews should be dictated in real time by its audience's emails. Artists beware." Ouch.

Here's what happened, according to reports from, among others, The New York Times: Martin sat down at the Y (which is famous for its lecture series and other cultural events) the other night for an hour-long chat with interviewer Deborah Solomon. The discussion apparently displeased some of the people in the audience by focusing too much on art, which forms the backdrop for his new novel, An Object Of Beauty. [UPDATE: I think it's fair to note that later reports have suggested that the issue wasn't as much that they were discussing art, but that they were discussing his new book about the art world in a significant amount of detail. Possibly even boring-er than previously reported.]

Midway through the interview, a Y representative brought a note to Solomon -- on stage! -- telling her to talk more about his career. Presumably, she was supposed to ask more stuff about what it was like making Three Amigos and The Jerk. In other words, stop talking about the things people aren't used to hearing Steve Martin talk about, and get back to having him answer questions people could easily find the answers to if they cared to use Google. (Martin has said this redirection was the result of real-time e-mails coming from people watching on closed-circuit TV; the Y apparently hasn't confirmed that.)

Now, without having heard the interview, it's impossible to say whether it was good or bad, and it's entirely possible that it was boring. It certainly bored some people.

But the way the Y responded was stunning. Not only did it chastise and undermine an interviewer and a guest in the middle of a live event, but the next day, it offered everyone who was there a full refund in the form of a credit toward a future event. Not because the lights went out, and not because there was an outburst of profanity that was winding up on YouTube or anything of that nature. No, closest the Y came to explaining what substantively motivated the refund (other than the very fact of people complaining) was, "We planned for a more comprehensive discussion."

When you go to hear someone speak, and you have no guarantee of the agenda, you do not get your money back because you didn't like the subject areas. Listening to a human being speak and being put out that you didn't get what you ordered as if you've gone to KFC and gotten Original instead of Extra Crispy is ridiculous, risk-averse, and (coincidentally) deeply chicken-hearted behavior.

It is exactly -- exactly -- like demanding your money back because Elton John didn't play "Rocket Man." Too bad, so sad. Nobody promised you the cookie-cutter experience that every other audience seeing every other similar event has ever seen. When you see an artist perform -- and even more so when you hear an artist interviewed -- there is no guarantee of the content; that's the exact point of going. Why would you go to hear someone speak if you already knew what he was going to say? If you want to read about how Steve Martin feels about acting and comedy, couldn't you find several looseleaf binders full of that stuff? The guy is not a recluse.

What on earth ever happened to encouraging audiences to pay attention to things that may be different from the things they were expecting? Steve Martin is not just an actor in movies and stand-up. He's a playwright and a novelist; he's been doing that for years. He's a serious bluegrass banjo player. He's passionate about art. Acting, in fact, has fairly clearly taken a back seat to some of his other interests in recent years. Anyone who paid $50 to see Steve Martin speak and didn't know these things about him, or that he might talk about those things, frankly has his or her own limited understanding to blame.

Hearing new things is supposed to be positive. It's supposed to be what interviews are for. If you want to hear Steve Martin say "wild and crazy guy" for you, there are clips. If you want to read about his experiences in comedy, there's his autobiography. This was an opportunity to hear him talk about something about which he's deeply knowledgeable that he doesn't often talk about, but his passion for which drives the new book that, frankly, anyone could have expected him to be most interested in discussing. A public figure isn't a talking bobblehead; you're not necessarily going to hear what you anticipate every time you push the button.

Maybe the audience had every reason to be disappointed; maybe Martin was boring. But if he had given boring answers to questions about Saturday Night Live, would anyone have concluded that they were entitled to their money back? Would the 92nd Street Y have indulged that particular demand?

It really doesn't matter whether the talk was about the right topics or not (and indeed, that seems to be the only dispute), and it doesn't even really matter whether rolling your eyes on the way out and saying "Well, that was boring!" would have been a perfectly reasonable response. Attending a live discussion is a risk. So is live theater, so is live music, so is dance. Sometimes you don't like it, and that's part of the experience. When you encourage audiences to feel entitled to get from a live performance or discussion what they get from a CD or an on-demand episode of Extreme Makeover: Home Edition -- that is to say, an experience they could have outlined for themselves ahead of time -- you kill the entire point of having people work, speak, or perform live.

Why promise people the worst kind of celebrity interview -- the one where an actor is forced to choose between bland endorsements of past co-stars and spicy griping about them? When Martin recently appeared on Talk Of The Nation, he got calls with questions about his music, his writing, his interest in art -- that's the entire point of talking to an interesting guy. Why make him seem less interesting than he is by demanding that he talk about the things you already know about?

But even more, why be so rude to your own guests? What writer or actor is going to go to the 92nd Street Y for a public interview knowing that the next day, the institution might say, "We realize that was a totally boring discussion and are happy to give you your money back"?

This is what makes the world boring, quite frankly: the absolute refusal to risk that anything might be disappointing, and the accompanying conviction that if you are disappointed, you've been wronged. It's the entitlement of the incurious, and it does nothing good for anyone.