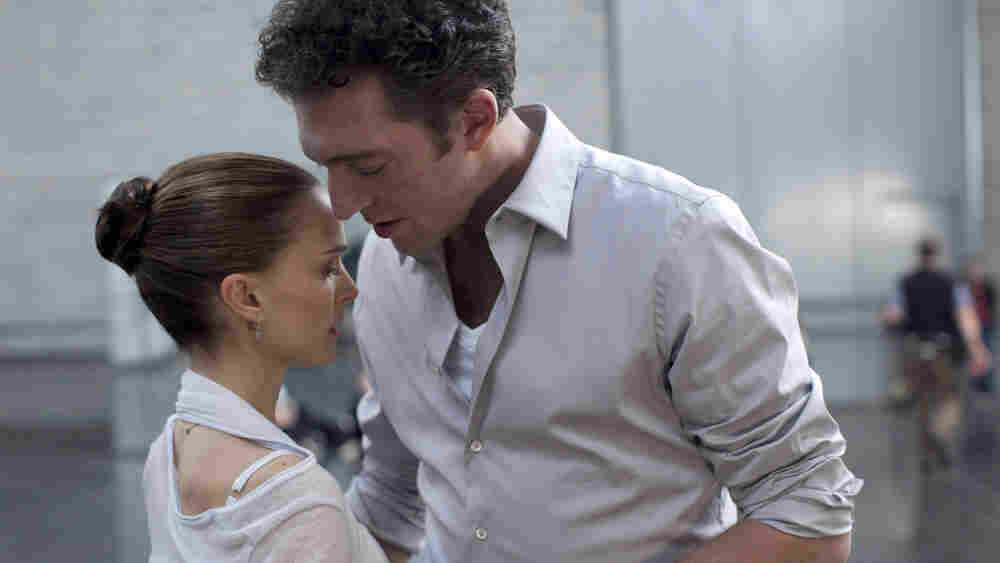 In Black Swan, Natalie Portman's young ballerina, Nina, is a candidate to dance the Swan Queen in Tchaikovsky's Swan Lake, but her company's artistic director, Thomas, played by Vincent Cassel, maintains she is only suited for half of the double role. She's the very embodiment, he says, of the innocent White Swan. But for the dark, demonic twin, she's too childlike, repressed. Like a Method acting guru, Thomas exhorts her to lose control, surrender to her sexuality -- preferably with him.

"In four years, every time you dance, I see you obsess, getting each and every move perfectly right, but I never see you lose yourself," Thomas says. "All the discipline, for what?"

"I just want to be perfect," Nina whispers back.

"Perfection is not just about control. It's also about letting go," he says. "Surprise yourself so you can surprise the audience. Transcendence -- and very few have it in them."

"I think I do," she says, as she leans in closer toward him and bites his lip.

You'd think that would put the kibosh on her chances of playing the Swan Queen. But no, Thomas likes this biting, blood-drawing Nina, and he casts her in the role. But his challenge lingers. Can this sexually immature young woman who lives with an infantilizing mother in a pink bedroom surrounded by stuffed animals become the Black Swan?

The writer and director Darren Aronofsky dramatizes -- vividly, feverishly, expressionistically -- Nina's transformation into a more sexualized creature, as well as the visions that accompany that transformation. The camera follows about a foot behind Nina's slender neck as the locations change and doppelgangers pop up left and right. Reflections of Nina in mirrors take on a life of their own. Icky, feathery things sprout from her flesh. There are bloody assaults that might or might not be real.

From 'Black Swan' - 'Watch The Way She Moves'

'Watch The Way She Moves'

Black Swan is a virtuosic piece of filmmaking, a tour de force -- and also, I think, a camp classic, like Showgirls remade by Roman Polanski. You could have a great time laughing at it and its goofy Freudian cliches, if only it weren't so bludgeoning.

Aronofsky's aesthetic can be easily stated: He wants to give you a drug experience. In his terrific first feature, Pi, the protagonist became obsessed with a mathematical equation, and his mental convolutions were right there in the camerawork and cutting. In his Requiem for a Dream, pills and heroin dictated the fractured syntax. In The Wrestler, Aronofsky crafted an ode to male masochism, to the notion that a man is only truly, ecstatically alive on the brink of self-obliteration. Black Swan is The Wrestler's female-masochistic counterpoint, and on its own terms the film is perfectly worked out. But like most drug experiences, it's largely empty sensation -- it leaves little behind but a hangover. 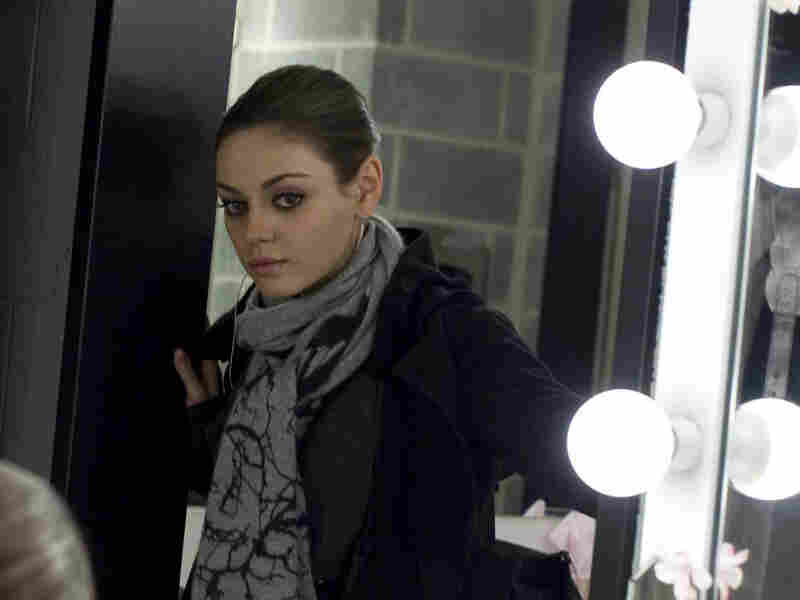 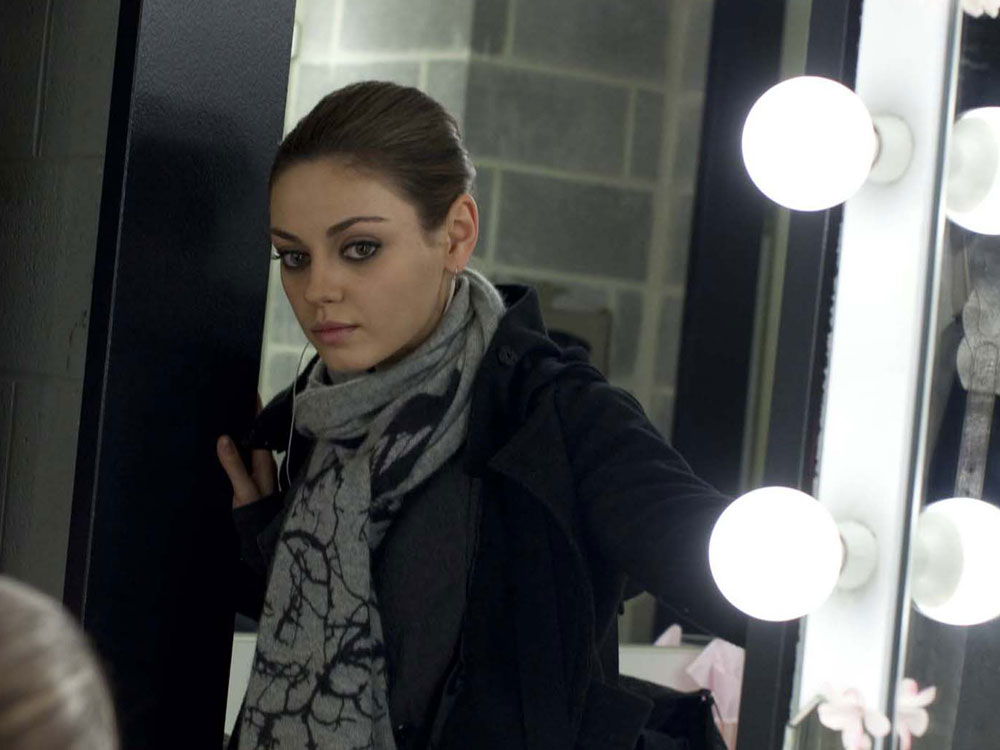 Mila Kunis plays Lily, Nina's alternate whose talent makes her a rival for the lead role in Swan Lake.

Portman gives the kind of performance that wins awards, largely because you're so aware of her sacrifices to play the part. She lost a ton of weight, and for an actress she dances well -- although not brilliantly or distinctively enough to convince you that the company director would single her out. When she finally becomes the Black Swan, she does have a great, glittery-eyed demonic look, and Aronofsky brings her bony face with its black-rimmed eyes into the camera, like a close-up of a shrunken head. It is, as Count Floyd on SCTV used to say, "Ooooh, skerrrry, kids," and a lot of critics and festival audiences have been wowed, dazzled, freaked out. When the movie is over, it takes a long time to purge Tchaikovsky from your brain.

But if you're a dance lover, I don't think you'll love Black Swan. Although Nina tells Thomas that her goal is "perfection," she doesn't really mean artistic perfection. I've never seen a dance movie with so little appreciation for the art of dance. Early on, even before Nina loses it, the camera seems to be shuddering in horror with every spin, and the dancers are all scary-looking, angry, emaciated women with dark hair severely pulled back, twisting and cracking their limbs -- puppets of Thomas, that tyrannical male deity.

But I left thinking the tyrannical male deity was Aronofsky, and that his vision, in the end, is no more complex or enlivening than a cheap hack-'em-up director's, treating your head in the manner of another Tchaikovsky title character: the Nutcracker.