Accessibility links
Scientists Find Bacterium That Survives On Arsenic The organism -- gathered from Mono Lake in California -- is able to use the deadly poison in place of an element previously considered essential for life. The finding appears to expand the range of places where life could exist -- both on Earth and elsewhere in the universe. 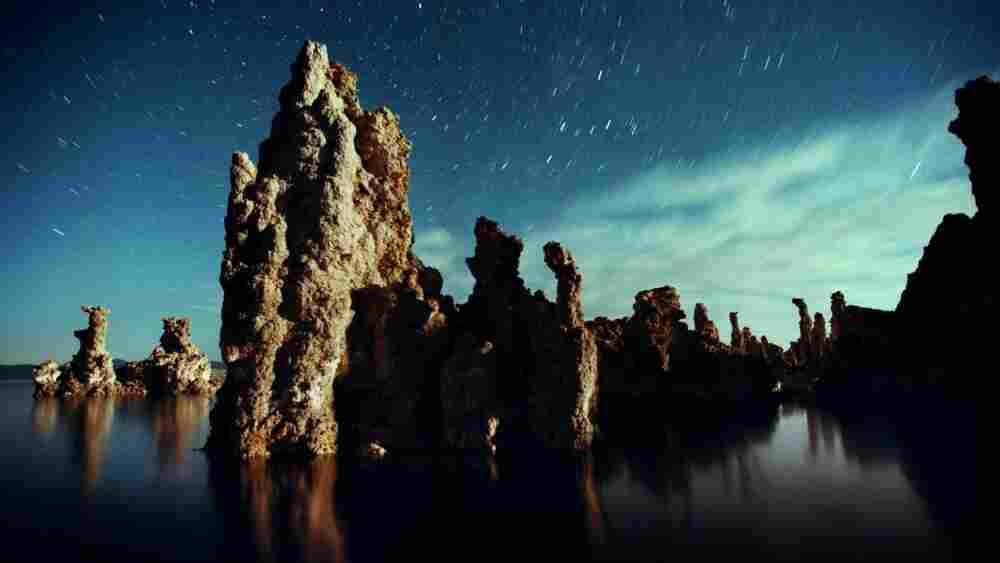 Mono Lake, Calif., is home to a bacterium discovered by NASA scientists that can eat and grow on arsenic instead of phosphorous, one of the basic building blocks of life. The finding has implications for NASA's ongoing search for signs of life elsewhere in the universe. David McNew/Getty Images hide caption

Researchers say they have found a bacterium that defies scientific dogma: It's able to use the deadly poison arsenic in place of an element previously considered essential for life. The finding appears to expand the range of places where life could exist -- both on Earth and elsewhere in the universe.

The discovery comes from a young NASA astrobiologist who likes to find exceptions to rules. Felisa Wolfe-Simon says she was fascinated by crustaceans because they don't use iron to carry oxygen around their bodies the way most species do. Instead, they use copper.

Wolfe-Simon thought this sort of chemical substitution might go even further.

"What about the main building blocks of life? Carbon, hydrogen, nitrogen, oxygen, phosphorous and sulfur -- can we substitute any of those? And the dogma is no," she said.

That's because all known forms of life need those six elements. But Wolfe-Simon started thinking about phosphorous and the element just below it on the periodic table: arsenic.

"Arsenic is toxic because it looks like phosphorous," she said, "so your cells and my cells and microbial cells can't tell the difference."

That is, until they try to actually use arsenic -- and die.

Still, she thought, evolution has produced an incredibly wide range of organisms, including ones that thrive on substances that are usually poisonous. 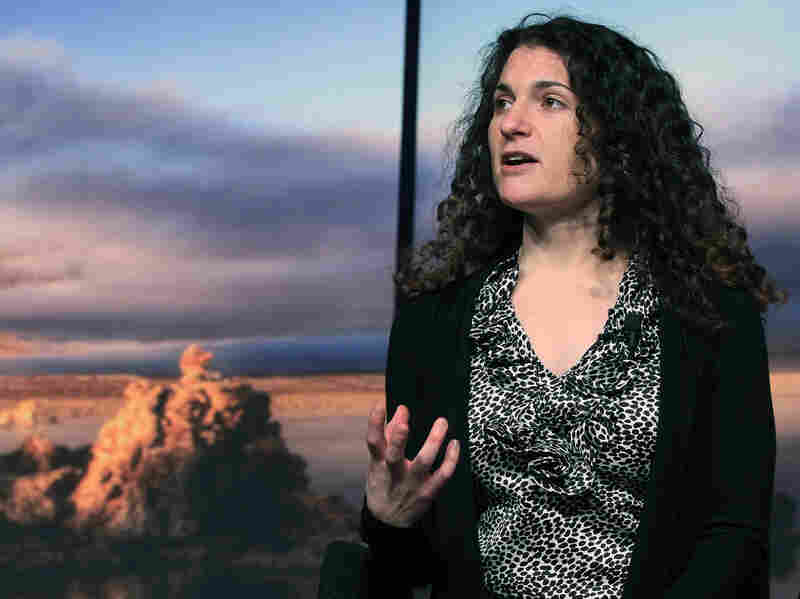 NASA astrobiologist Felisa Wolfe-Simon says that in retrospect her experiment that led to the discovery of the bacterium was pretty bold. Mark Wilson/Getty Images hide caption

"So I wondered, could it be possible here on Earth that we might actually be able to find something?" she said. "So we hedged our bets and went to an arsenic-rich environment where the natural experiment may have been set up."

The arsenic-rich environment she picked was Mono Lake in California. It's a very odd lake: very salty and full of arsenic. Yet it's teeming with life, including many microscopic organisms in the muddy lake bed.

Scientists went to Mono Lake, gathered some mud and put it in a broth or a liquid in which arsenic -- but no phosphorous -- was added. The idea was that only an organism that could live on arsenic would survive.

Wolfe-Simon said that in retrospect, the experiment was pretty bold.

"As a young scientist, I thought, well, why not do this? The chances of it working are low. But if it works, it's very profound," she said. "So I took a sample and microscopically examined the sample of these test tubes, and sure enough, there were fast-swimming little bugs in there."

They were surviving on arsenic instead of phosphorous. Wolfe-Simon says other tests suggested that arsenic had even replaced some -- but not all -- phosphorous in the organism's DNA.

NASA officials lost no time hailing the result at a news conference in Washington.

"This is a phenomenal finding," said Mary Voytek, who directs the agency's astrobiology program. "We are talking about taking the fundamental building blocks of life and replacing one of them with another compound."

The finding has implications for NASA's ongoing search for signs of life elsewhere in the universe. Pamela Conrad, an astrobiologist at NASA's Goddard Space Flight Center, says it could even affect the agency's work on Mars.

"So, for example, on Mars Science Laboratory, if you had an environment that appeared to be rich in arsenic or some unanticipated metal, and you also had a finding of organic molecules, you could begin to put a picture together about what the environmental chemistry might portend," she said -- in other words, whether there might be life.

But other scientists are less impressed. They point out that the experiment did not eliminate all phosphorous from the bacterium, and that the organism may still need some to survive.

The findings appear in the journal Science.