Accessibility links
Foreign Policy: Diplomats Secretly Love WikiLeaks Not all diplomats are outraged by the WikiLeaks release of thousands of secret diplomatic cables. Steve LeVine of Foreign Policy argues that some feel that the release of documents shows them to be hard at work, and blameless in world conflicts. 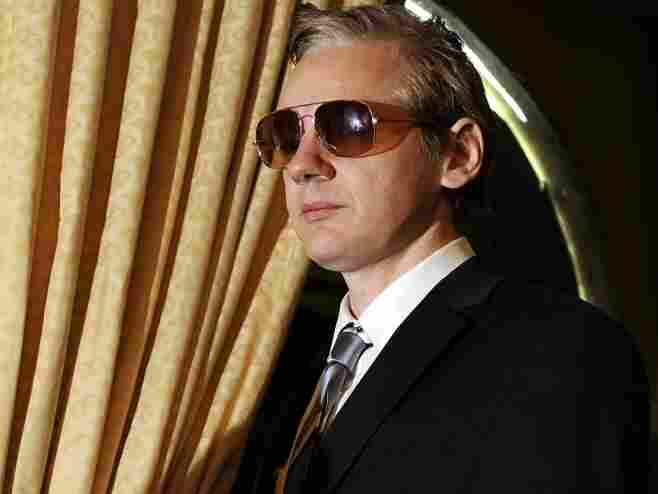 Steve LeVine is the author of The Oil and the Glory and a longtime foreign correspondent.

Secretary of State Hillary Clinton and other U.S. officials have condemned the WikiLeaks document dump -- but judging by my email traffic, not all American officials are all that upset. Some, in fact, are delighted with the whole affair, for reasons ranging from professional pride in their handiwork to the opportunity to air longstanding grievances over possibly wrongheaded public perceptions of foreign events.

I've had an email exchange with one official who believes that experts erroneously blame Washington for the tragic events surrounding Georgia's relationship with Russia, culminating in the two countries going to war in August 2008. Cables from U.S. embassies in Moscow and the Georgian capital of Tbilisi document rising American concern over tension between the two countries leading up to the war, and a belief that Prime Minister Vladimir Putin was intent on removing Georgian President Mikheil Saakashvili from power.

But they also detail how Saakashvili seemed intent on going to war over the flashpoint between Georgia and Russia -- which was to control the breakaway Georgian regions of Abkhazia and South Ossetia. The documents show that American diplomats -- including John Tefft, the U.S. ambassador to Georgia -- repeatedly put excessive store in the word of Saakashvili, who lied at pivotal moments. But Tefft appears not to have caught on until it was too late. Whatever the case, the cables show one American official after another warning Saakashvili not to go to war, or face precisely the consequence that arrived afterward: permanent doubt in his leadership abroad.

Diplomats labor under anonymity that some find unbearable; surely many of them dream of writing the next "Long Telegram." So it is that another diplomat told me he can barely wait for WikiLeaks to get around to those he has written over the years. "The leaks save me the trouble of FOIAing my cables," this diplomat told me by email. " ... I'm just anticipating with pleasure seeing some of my reporting."