Accessibility links
Interview: Steven Russell, The 'Phillip Morris' Con King Who Still Loves His Man Con man Steven Russell has walked out of prison four times -- all for love, reportedly, in an effort to reunite with his partner, Phillip Morris. Their story has been turned into a romantic comedy -- aptly titled I Love You Phillip Morris -- with Jim Carrey and Ewan MacGregor in the leads. 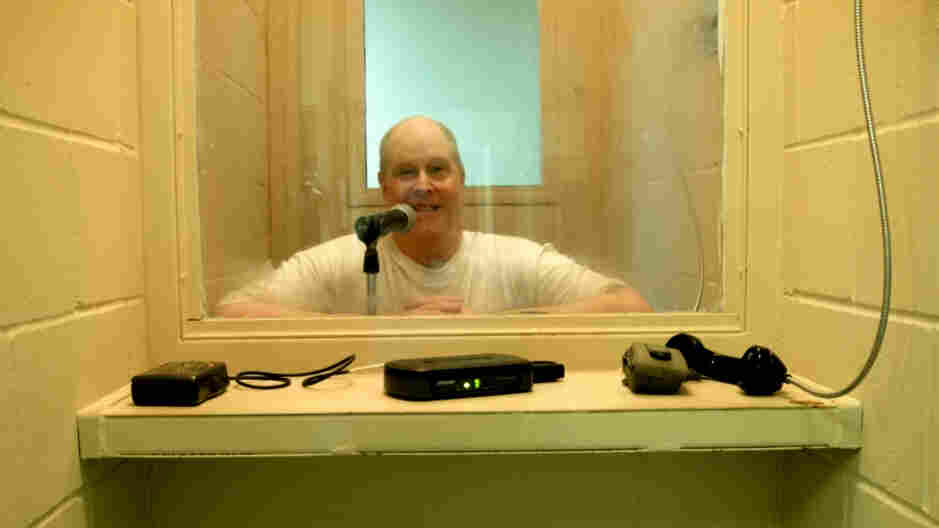 Smooth Operator: Con man Steven Russell has broken out of prison four times -- all, reportedly, for love of a good man. His story is retold in the romantic comedy I Love You Phillip Morris. Pat Dowell for NPR hide caption

I Love You Phillip Morris opens with that familiar Hollywood promise on the screen: "This really happened."

Then it adds, as if nobody will believe that: "It really did."

In fact there is a Phillip Morris. There is a Steven Russell who loves him, a man who actually did walk out of Texas jails and prisons four times without a weapon or a hostage. And all for love.

It was the love story that inspired Glenn Ficarra and John Requa, the screenwriting partners who gave the world Bad Santa, to write and direct a film about Russell. They pitched the story, says Requa, to a studio affiliated with the publisher of the 2003 nonfiction book about this con man.

"And that didn't go so well," he says. Adds Ficarra: "Their only comment was, 'Could Phillip be a girl?' "

In the 1950s, some of Hollywood's most popular romantic comedies starred Doris Day and Rock Hudson, a gay man pretending to be straight. In 2010's I Love You Phillip Morris, the romantic leads are played by Ewan MacGregor and Jim Carrey — two straight guys pretending to be gay. 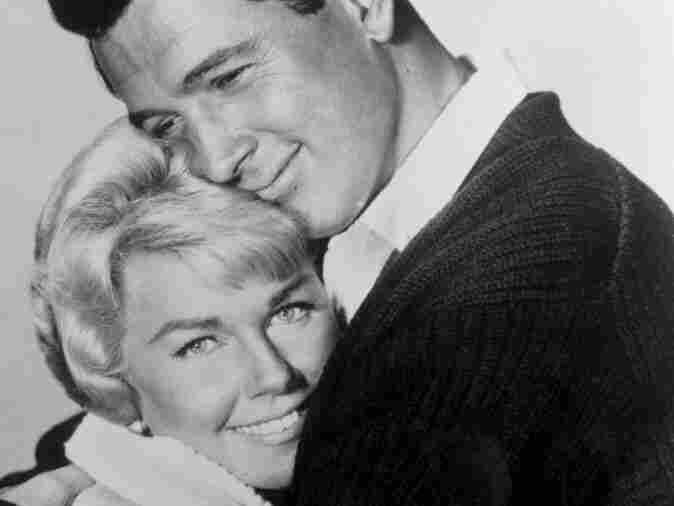 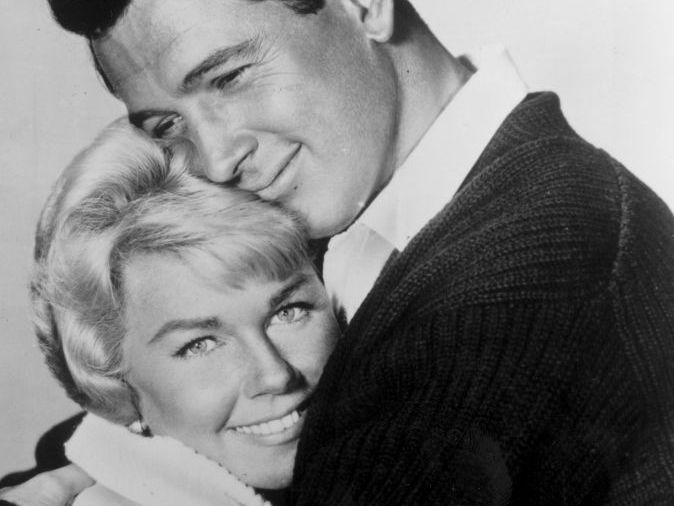 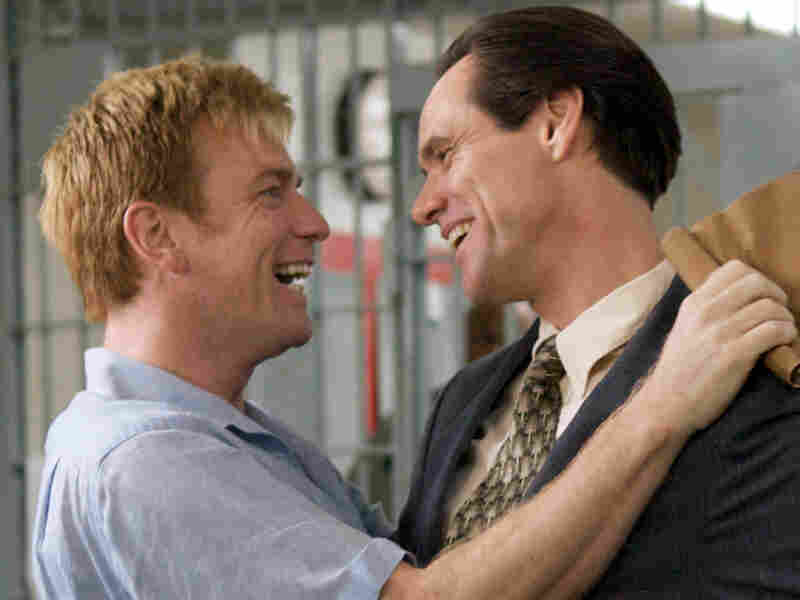 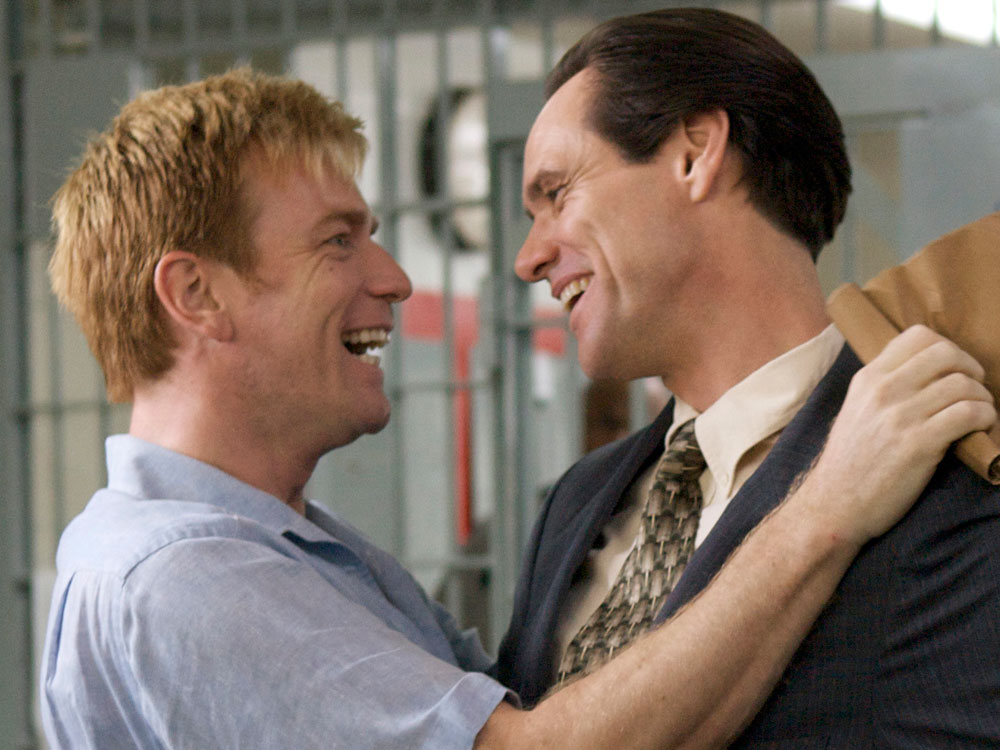 Requa says he and Ficarra wanted to make a classic romantic comedy, but with two gay men in the kind of roles that Doris Day and the closeted Rock Hudson played in the 1950s.

"To say that the subject matter, the gay subject matter ... played no part in our distribution problems would be a lie," Requa says. "I mean, it did. We went with a distributor who was not one of the major independent distributors at Sundance because I believe that the larger distributors were afraid of it. Because it wasn't a gay message movie, and it was a frank depiction of gay life."

Despite the fact that they'd landed a major star in Jim Carrey and then landed a distributor, I Love You Phillip Morris languished in financial limbo for more than a year, its American release scheduled and rescheduled while Europe got a good look at it. Even Russell has seen a little of it -- on a reporter's iPad, he told me during a prison visit.

Ficarra and Requa went to see Russell too, as they were working on the film.

"When you go to prison and visit him, it's like seeing Hannibal Lecter, you know," says Requa.

Well, Russell doesn't get wheeled in on a hand truck or chained to the wall when you pay him a call, and there's no leather mask. But he is brought, shackled, into a tiny cubicle behind a thick plexiglass window. The door behind him shuts, and he leans backward, crouching awkwardly, to put his hands through a slot in the door. The guard in the hall outside takes off his cuffs.

We sit on steel stools bolted to the floor, and talk through the plexiglass using a telephone. They hand him a microphone through that slot in the door.

"Everything comes to me through something just like that slot right there," Russell says, turning around to look at his narrow portal to the world. "My mail, my food, my books, everything. My radio, my commissary. And you don't ever reach out and touch," he says with a giggle.

He means he doesn't touch anyone. Because he poses such a singular escape risk, Russell lives alone in his cell, locked down 23 hours a day.

His fault because he embarrassed the entire Texas prison system by impersonating judges, lawyers and doctors. By planting bogus documents in the system. And by literally walking out the doors of prisons -- four different times. Sometimes he even called back afterward, with advice on prison administration.

Today Russell sits locked in the maximum security Michael Unit, south of Dallas. He has served 14 years since his last escape. He does still hear from Morris.

"When I hear from him, it's through letters. He's on my visitation list. So far he hasn't come to see me," Russell says with a note of wistfulness. "But it's more of a mutual thing, because I can imagine how constipated the guards would be if he came up there. Again, he's on the list, and if he's listening to the broadcast, I think he should come and visit. How's that for a pitch?"

Russell's excited about the movie -- what he's seen of it. He particularly thinks Carrey gets the daydreaming thing: Russell says he often sits and consciously starts to daydream, determined to think about something other than his 144-year sentence. (One hundred and 19 years of it is for the escapes.)

As he explains this, I realize that he has not chosen a random fantasy. He's describing an office and an employee that I passed on my way to the visiting room. It reminds me of something Requa and Ficarra said: that they were surprised to get a 2 a.m. call from the prison one night, even though they never gave Russell their phone numbers -- or even, they think, mentioned their last names.

Russell insists that he is not planning to escape again.

They move him to a new cell every week, Russell tells me. The way he sees it, they really want their escape artist to get to know the whole building.