Accessibility links
An American Musician, An Influence In Afghanistan Afghanistan might not be the first place you'd expect a born U.S. citizen to end up teaching music. But William Harvey, who started playing violin in Indianapolis, teaches the instrument at the Afghanistan National Institute of Music. 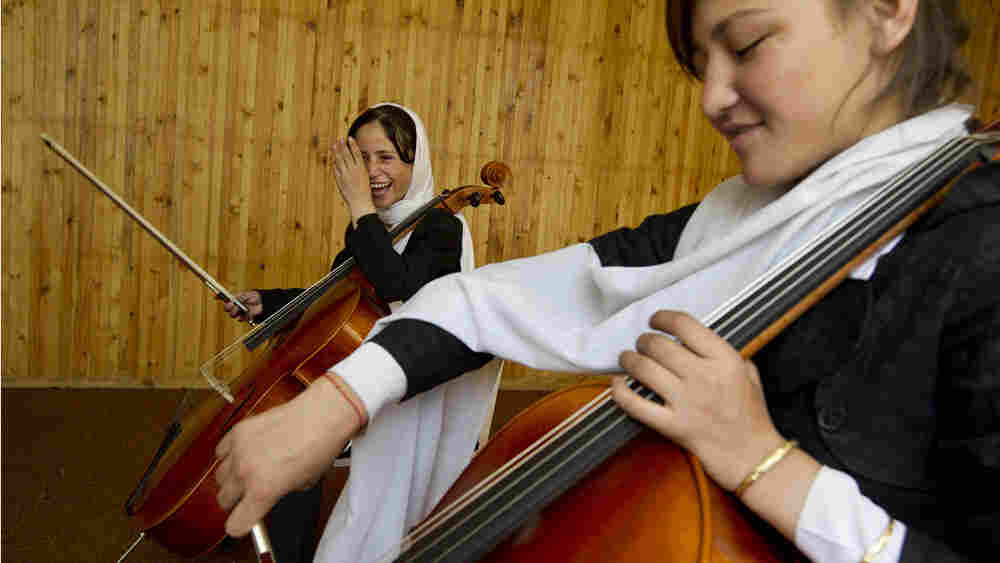 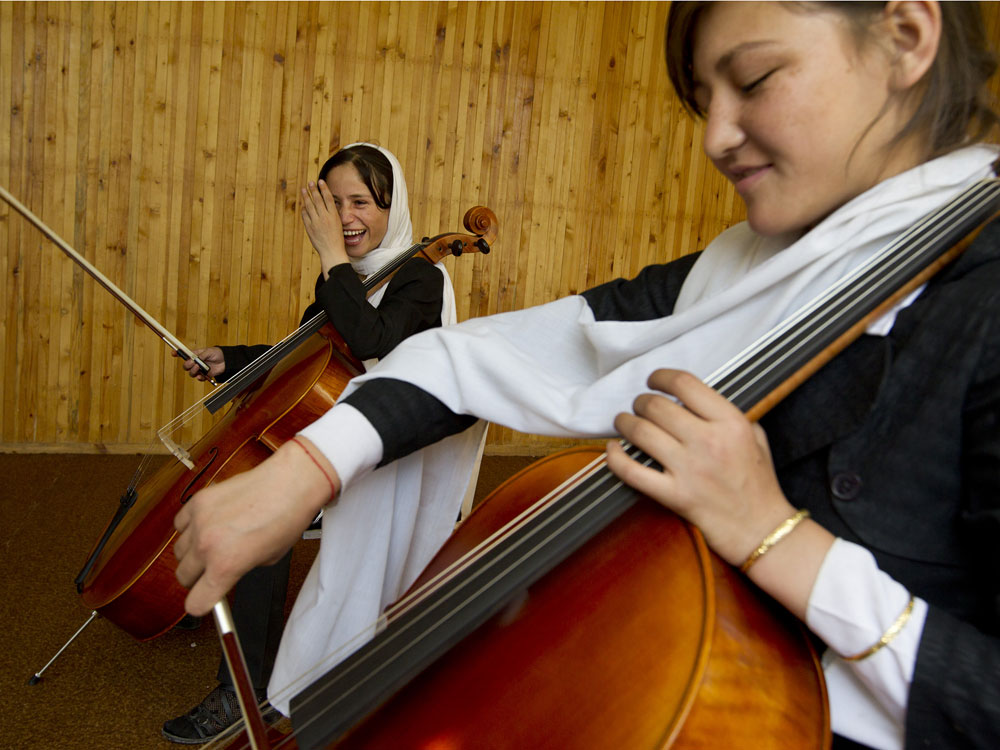 Two 14-year-old Afghan girls practice the cello during class at the Afghanistan National Institute of Music in Kabul.

Afghanistan might not be the first place you'd expect a born U.S. citizen to end up teaching music, but William Harvey is a rare exception. Harvey started playing violin in Indianapolis at age 3. He attended Juilliard and has performed solo at Carnegie Hall. These days, though, you can find Harvey in Kabul teaching violin and viola classes at the Afghanistan National Institute of Music.

As a part of the Afghan Ministry of Education, some students attend these music classes courtesy of a sponsorship program created to promote the rebuilding of Afghan society by providing children an opportunity to study music. Harvey has 13 students: Some are middle-class, while some are from the streets.

"They're a constant source of inspiration," Harvey says of his students. "One of my star students, her father was beaten by the government of 10 years ago with an electric cable. He's now paralyzed, and her mother does laundry to bring in money for the family. Instead of selling gum on the streets, she's learning violin at our school."

"Even though I'm a part of the department of Western music, I believe that my students should also learn some Afghan music," he says. "It's pure coincidence that I happen to be American."

Harvey's American aesthetics have had a significant influence on the music of Afghanistan. In addition to writing one of Afghanistan's most popular tunes, Harvey also arranged the first version of the Afghan national anthem to incorporate both Western and Afghan instruments.

Hear the Afghan National Anthem above -- please note this is not William Harvey's arrangement of the anthem.