Accessibility links
Why No One's Happy With The FCC's Net Neutrality After years of debate, the Federal Communications Commission is moving forward with controversial rules intended to preserve the open Internet. The FCC outlined new proposals this week, and the ensuing criticism promises more battles to come. 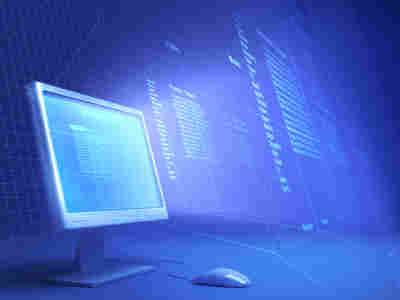 After years of debate, the Federal Communications Commission is moving forward with controversial rules intended to preserve the open Internet. The FCC chairman outlined the proposals this week and criticism came quickly, from all parts of the ideological spectrum.

Ever since he took the job, FCC chairman Julius Genachowski has been promising new rules of the road for the phone and cable companies that provide broadband access, as well as the companies and consumers who depend on it.

"It is the Internet's openness and freedom -- the ability to speak, innovate and engage in commerce without having to ask anyone's permission -- that has enabled the Internet's unparalleled success," he said.

In a brief appearance Wednesday, Genachowski sketched out the rules that he said would ensure that broadband providers treat all of the data on their networks equally -- an idea known as net neutrality. But some public interest groups have seen a few more details than Genachowski announced. They say the proposed rules are net neutrality in name only.

"What you have is a lot of consumer groups coming out and looking at this and saying this is a real nightmare," Sascha Meinrath says. Meinrath is with the New America Foundation, a think-tank in Washington, D.C. He says the proposed rules are full of loopholes.

For one thing, they would allow broadband providers to offer faster service to some companies -- for a price.

"These rules could end up allowing companies to pick and choose the services and applications and even content that we are allowed to see online," Meinrath says. "What it does is it gives legal protection for discriminatory behavior."

Maybe the biggest loophole, Meinrath says, is that the rules would exempt wireless networks from much of the regulation governing the old-fashioned, wired Internet. Net neutrality supporters hope to close that loophole, and they have an advocate in FCC Commissioner Michael Copps, who spoke Thursday night at the Columbia School of Journalism in New York.

"Internet freedom also means guaranteeing openness in the wireless world as well as the wired," he said. "As people cut their wired connections, why would we deny them openness, accessibility and consumer protections in a wireless world?"

The wireless companies argue that they need the flexibility to manage traffic on their networks so that a few users can't hog all the bandwidth. Those companies -- particularly AT&T -- offered lukewarm support for the proposed FCC rules. But Verizon's Link Hoewing still thinks it's Congress, not the FCC, that should be setting policy for the Internet.

"We do need the Congress to look at the antiquated communications policy framework. It just doesn't fit the Internet," he says. "I think ultimately it still needs to be addressed by Congress."

That's not likely to happen anytime soon. Key Republicans in Congress have said Internet providers don't need any new regulation, and they'll try to block the FCC from imposing any. That leaves Chairman Genachowski with few friends on any side of the debate.

"No one was particularly happy with what the FCC chairman is proposing. But that doesn't mean it's not the right answer," says Kevin Werbach, professor at the Wharton School, and a former technology consultant to the Obama administration.

"I can understand those in the public interest community who would like to see something stronger. But having something in place is going to be much better than nothing," he says. "And the reality is that nothing is the alternative."

The full commission is scheduled to vote on the proposed rules on Dec. 21. If they pass, then the real tests -- both legal and political -- will begin.