Accessibility links
In Hollywood, An Urban Legend Worth A Fact-Check Donnell Alexander talks to veteran black filmmakers to see why his new short film can't get any Hollywood love. Apparently, the problem is that it features three-dimensional black characters. 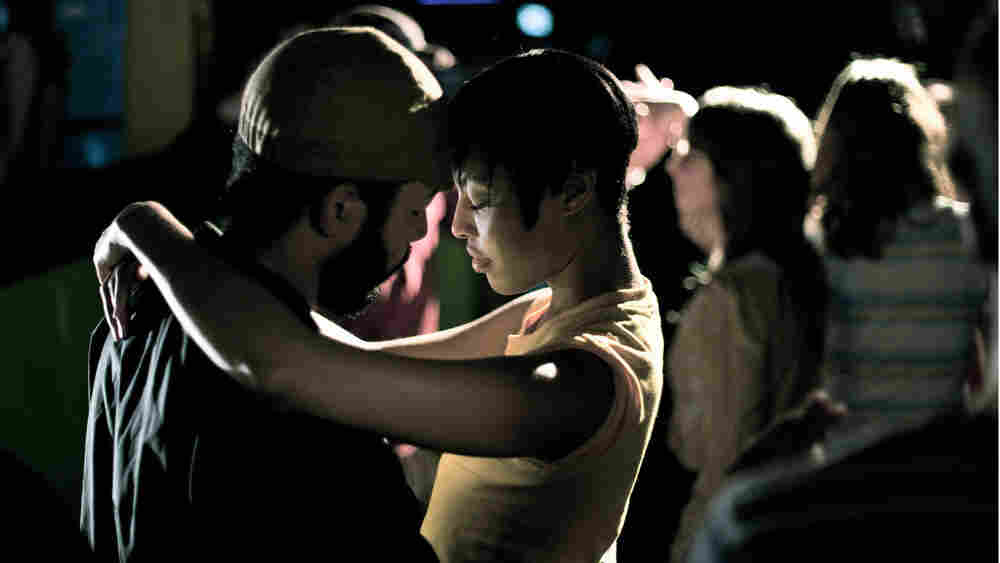 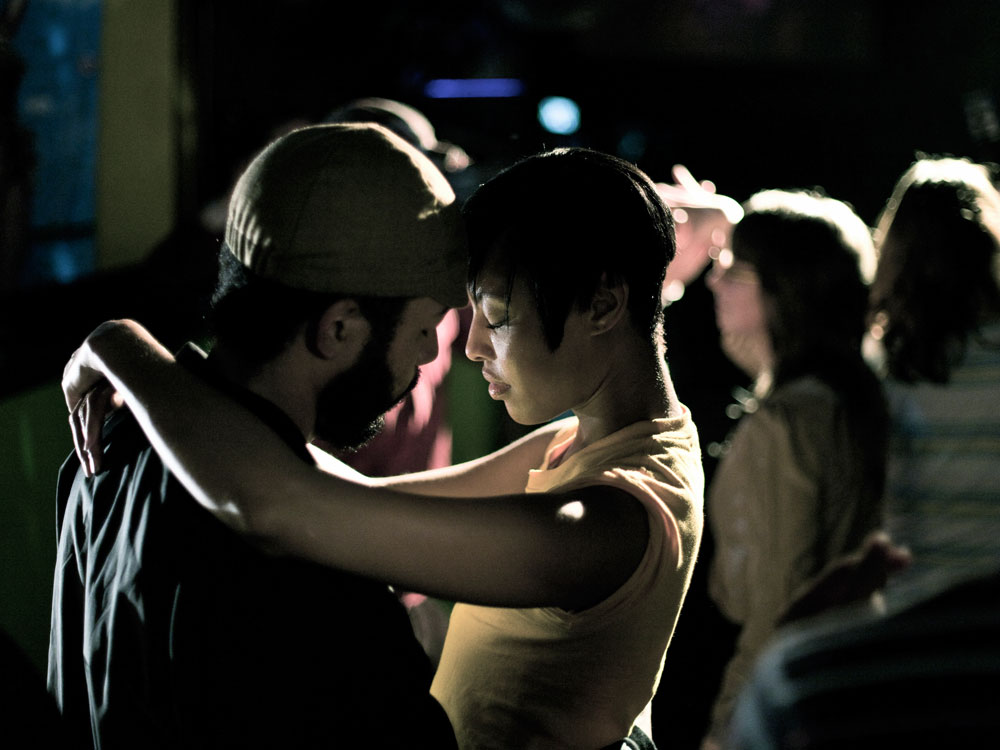 A shockingly low number of African-Americans thrive in the movie business. Here's one statistic: Of the 150 highest-grossing films last year, nine of them had black directors.

Or try this statistic: Last summer there were two Hollywood movies with a black male star topping the marquee. They were The Karate Kid, played by 12-year-old Jaden Smith, and Lottery Ticket, starring former kid rapper Bow Wow.

'Dock Ellis and the LSD No-No': Donnell Alexander co-produced this animated short, based on a startling true story.

This wasn't news to me, but this year, I tried breaking into the business anyway. I've co-produced a true-story short movie about a pitcher who threw a no-hitter while tripping on acid. The thing's gone viral; and it's something very cool, according to both the Internet and the film-festival circuit. So I've begun peddling it around Hollywood. Feedback has boiled down to: Kid, don't bet on it. The hitch, I'm told, is my protagonist. A black guy. A character who's not, you know, less. He's enough for a one-sheet, at least.

A project like mine is a long shot, and that says something about the movie industry. But what? I don't have enough miles on my odometer to know, so I thought I'd ask other, more veteran filmmakers.

Indie director Barry Jenkins says he has a theory -- one I'd heard before, which goes back to '97. Picture John Singleton, still riding high off Boyz n the Hood, deciding to do his prestige picture -- a movie-movie capable of showing that black films could do big business.

"To me, this conversation always comes back to the Booty Call-Rosewood conversation," says Jenkins. "Hollywood put up the money. And John Singleton made Rosewood, which is a pretty good film, you know? And the movie came out -- it's a big-budget Hollywood epic -- and absolutely tanked. No one went out and supported that film."

Box Office Mojo? Donnell Alexander's short film has gotten plenty of attention -- from everybody except the Hollywood money.

The very next weekend, Booty Call came out.

"[It was] a fraction of the budget," says Jenkins. "And absolutely -- not to bash anybody who made Booty Call -- but nowhere near as meritorious as Rosewood as a cultural endeavor."

Thing is, Booty Call totally makes me laugh. And not just because of the name; Jamie Foxx turns into a movie star right before your eyes.

"It made tons of money. Made more money than Rosewood," says Jenkins. "I think when you look at those two weekends back-to-back -- and that was over a decade ago -- that was really one of the first steps that's gotten us to the point where you and I are having this conversation right now."

What lesson did the film industry take away from those consecutive weekends? The blacks we put on screen will have to be broadly funny -- or flatly evil -- if we plan to recoup our investment.

Aside from the occasional drama backed by a superstar like Oprah Winfrey, the thoughtful Hollywood film about and by black people went out with the pager. Writer-producer Michael Elliot has been making a living in Hollywood and says studio executives believe they can't sell tickets when they take a black movie overseas.

"There's a whole, huge stream of revenue that studios feel like they don't get to taste because the project's black," Elliot says. "There is no foreign market for this, and we've been told this forever."

Elliot has made his way in the industry by producing modestly budgeted romantic comedies with black people in front of (and usually behind) the cameras. His latest, Just Wright, did OK in theaters and as a DVD.

That success was partly about Queen Latifah, a bankable star -- which is to say capable of bringing in an audience on opening weekend. The list Hollywood keeps of bankable black female leads has two names.

"The list is like, really, really, really small," says Elliot. "There are moments where Queen Latifah's on that list and Halle Berry's on that list. And that's where it stops. On the male side, there are actors who are really not on the list because they have such mainstream and foreign appeal, a la Will Smith, Denzel Washington. Those men aren't really considered black actors ..."

Whoa. Denzel and Will aren't black?

"Meaning that they have such crossover appeal to white people, specifically that white people don't really view them as black," explains Elliot. "They view Will Smith as Will Smith. They don't see color." 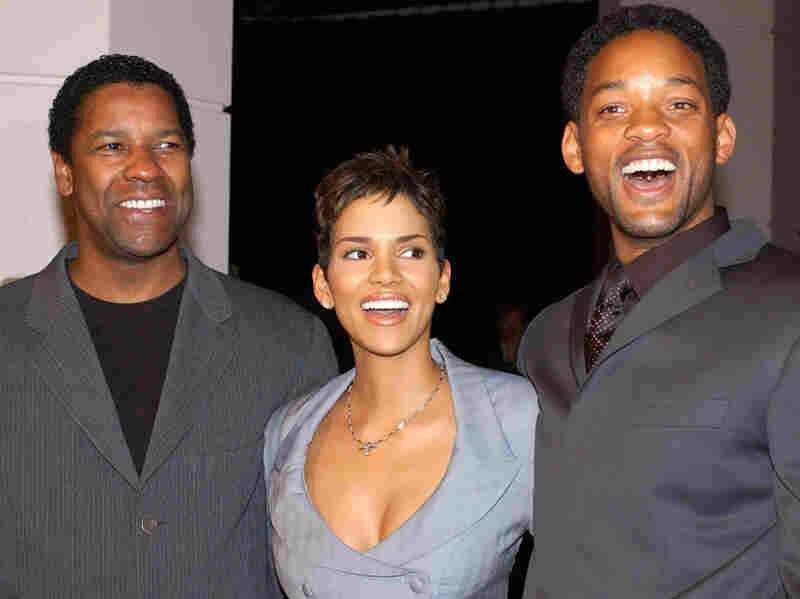 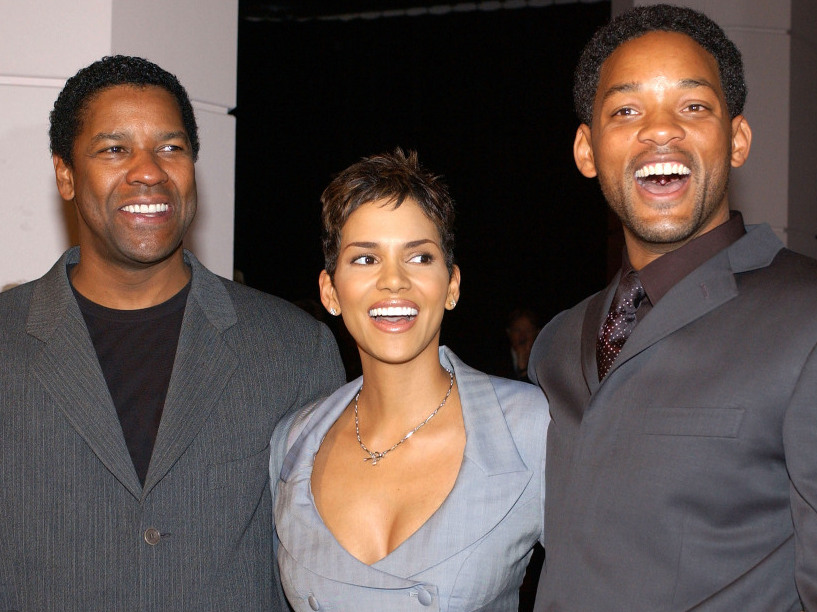 Whatever. My man with The Booty Call Theory knew he couldn't get Will Smith for his movie. It's a low-budget sleeper called Medicine for Melancholy, about two strangers who bike and dance around San Francisco in the wake of drunken-stranger party sex. Medicine for Melancholy screened in just three American cities -- one at a time -- and then Barry Jenkins took it onto the international festival circuit.

"I went to Krakow, Poland; Toronto, Buenos Aires, Mar del Plata, Paris, a few other places. London. And the reaction was absolutely amazing," recalls Jenkins. "Literally, I had people say to me, in many different languages, 'We've never seen black people like this before.' And I was like, 'Well, they exist. In pretty much every city.'"

I want to do what Jenkins did: Make a picture about compelling people in situations that captivate, featuring characters our complicated racial past has kept at bay. But I also want to make money. The closest the industry has come to this in recent history was with Precious. That one made money, both at home and abroad. It also happened to have the Tyler Perry and Oprah brands behind it. Even so, it wasn't made by Hollywood. It came up through the festival circuit.

"It was an example of a film that began at Sundance and then went to Toronto and then, in the marketplace, tracked," Jenkins says. "When these movies are actually allowed to perform and are supported properly, I think a lot of these urban legends -- these Hollywood legends -- they're disproven."

It's important not to take the urban legends too personally. In the film history Easy Riders, Raging Bulls, Peter Biskind wrote that "because movies are expensive and time consuming to make, Hollywood is always the last to know, the slowest to respond." In times of economic austerity, it's not the obvious move to make more big black films for adults.

Who knows? Maybe some other filmmaker will create a hit featuring three-dimensional black people, it'll do boffo box office both here and internationally, and I'll get that meaningful studio meeting.

But I'm fully prepared to book a flight to Krakow. Word is that the Poles dig films about complicated black Americans.