Accessibility links
If Only All Bad Sex Were This Fictional Writing sex scenes is a tricky business. Do it really badly and you could be awarded the annual Bad Sex in Fiction Award, like this year's winner, novelist Rowan Somerville. 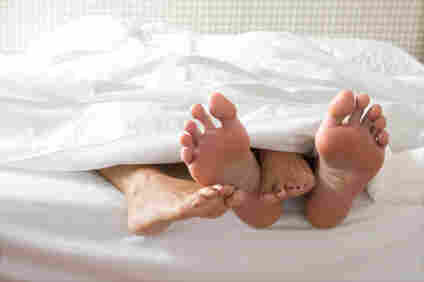 Don't worry, it happens to lots of fiction: Click here to read passages from all the 2010 finalists for the Bad Sex in Fiction prize, awarded by the Literary Review.

By most counts, 2010 has been a pretty good year for novelist Rowan Somerville. The Economist, The Guardian and The Irish Times all praised his new book, The Shape of Her.

There was, however, one unwelcome review -- and it placed him at the top of its category: bad sex writing.

The British journal Literary Review chose Somerville for its 2010 Bad Sex in Fiction Award this past week. It goes to the author who produces the worst description of a sex scene in a novel.

"I was horrified and a little bit ashamed," Somerville tells NPR's Audie Cornish.

He won the unfortunate prize by writing such intimate scenes as this:

"Like a lepidopterist mounting a tough-skinned insect with a too blunt pin he screwed himself into her."

Somerville was gracious in his acceptance speech at the awards ceremony. "There is nothing so English as bad sex," he said. "So, on behalf of the nation, I'd like to thank you." 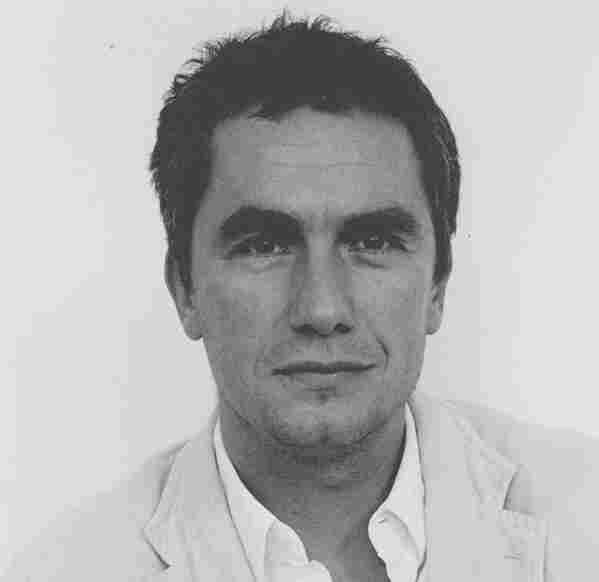 Rowan Somerville is author of The Shape of Her, and winner of the 2010 Bad Sex award. He earned the honor with this sentence: "Like a lepidopterist mounting a tough-skinned insect with a too blunt pin he screwed himself into her." W.W. Norton hide caption 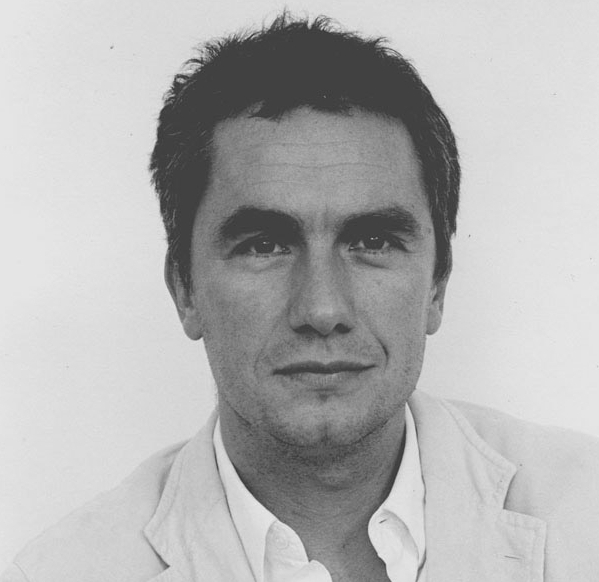 Rowan Somerville is author of The Shape of Her, and winner of the 2010 Bad Sex award. He earned the honor with this sentence: "Like a lepidopterist mounting a tough-skinned insect with a too blunt pin he screwed himself into her."

Somerville says he was actually trying to paint a picture of bad sex in his novel. The male character in the nominated scene suffered abuse in his childhood, he explains, and it continues to affect him.

"He has no idea how to actually make love. It's totally cold and inhumane," Somerville says. "His sexual identity is profoundly scarred by his trauma."

"I think you're never going to be able to integrate sex into a novel in a way that cannot be ridiculed," he says. Even citing sex scenes from Vladimir Nabokov's classic novel Lolita sound silly out of context, he adds.

Yet Somerville finds consolation in the stature of some of the other authors on the shortlist for this year's Bad Sex Award, including American author Jonathan Franzen for his novel Freedom.

"However ridiculous the whole situation, it's great to be on the same list." 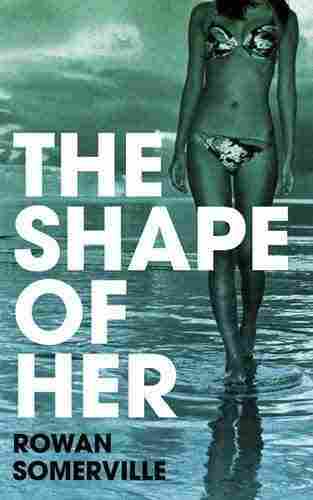 The Shape of Her
By Rowan Somerville
Hardcover, 288 pages
W&N

Don't Worry, It Happens To Lots Of Fiction

Somerville has been honored with the official Bad Sex in Fiction Award -- but there were plenty of other authors in the running. Below are snippets of passages from all the Literary Review's finalists. Sorry we couldn't post full excerpts -- we're a family site.

Mr. Peanut by Adam Ross
"He jumped out from his pajama pants so acrobatically it was like a stunt from Cirque du Soleil."

Heartbreak by Craig Raine
"The two dints at the base of her back above her behind. What did they mean? They seemed enigmatic, strange, profound to Steph."

Freedom by Jonathan Franzen
"To discover, now, that sex had been fully registering in her as language -- as words that she could speak out loud -- made her much realer to him as a person. The two of them could no longer pretend that they were just mute youthful animals mindlessly doing their thing. Words make everything less safe, words had no limits, words made their own world."

The Golden Mean by Annabel Lyon
"I want to tell her she's making a meal out of a cracker and we could be finished in a minute if she put her mind to it, but she can surely see that."

Maya by Alastair Campbell
"... then she was pulling me towards her, directing me to everything I had ever hoped for. I thought the walls were going to fall down as we stroked and screamed our way through hours of pleasure to the union for which my whole life had been a preparation."

The Slap by Christos Tsiolkas
" 'Magnifique.' His eyes wandered over her whole body. He repeated the word, his voice dazed, almost breaking from his desire."

A Life Apart by Neel Mukherjee
"There seems to be a restless animal in his devouring eyes. Ritwik finds his exaggerated porn-speak so ridiculous that he has to make an effort to subdue the laughter bubbling up from inside, it's in his throat now, it has to be pushed down down, no he can't let it come out, can't come out ...

The Shape of Her

Title
The Shape of Her
Author
Rowan Somerville