Accessibility links
Lena Dunham's Big Dreams Rest On 'Tiny Furniture' The filmmaker was just 23 years old when she won the South by Southwest jury prize for her second film, Tiny Furniture. The comedy stars Dunham and her real-life mom and sister playing fictionalized versions of themselves in their real-life apartment in New York City. 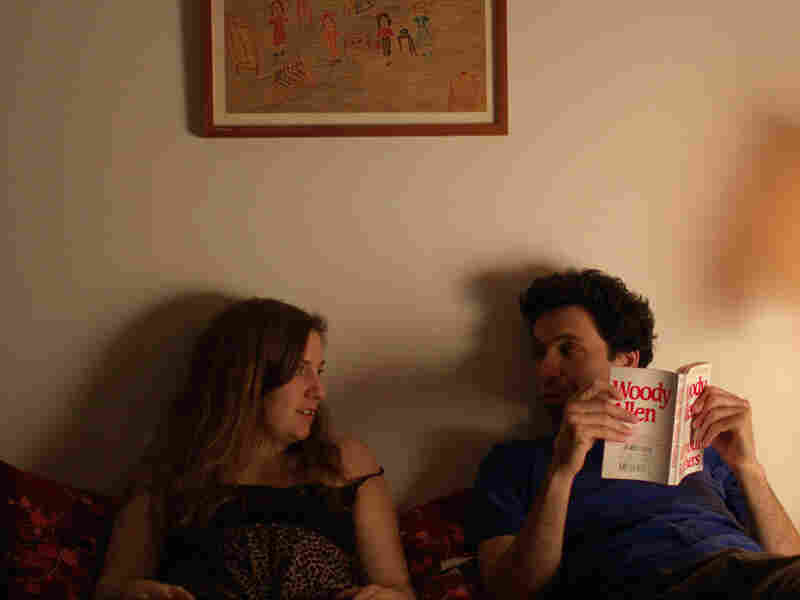 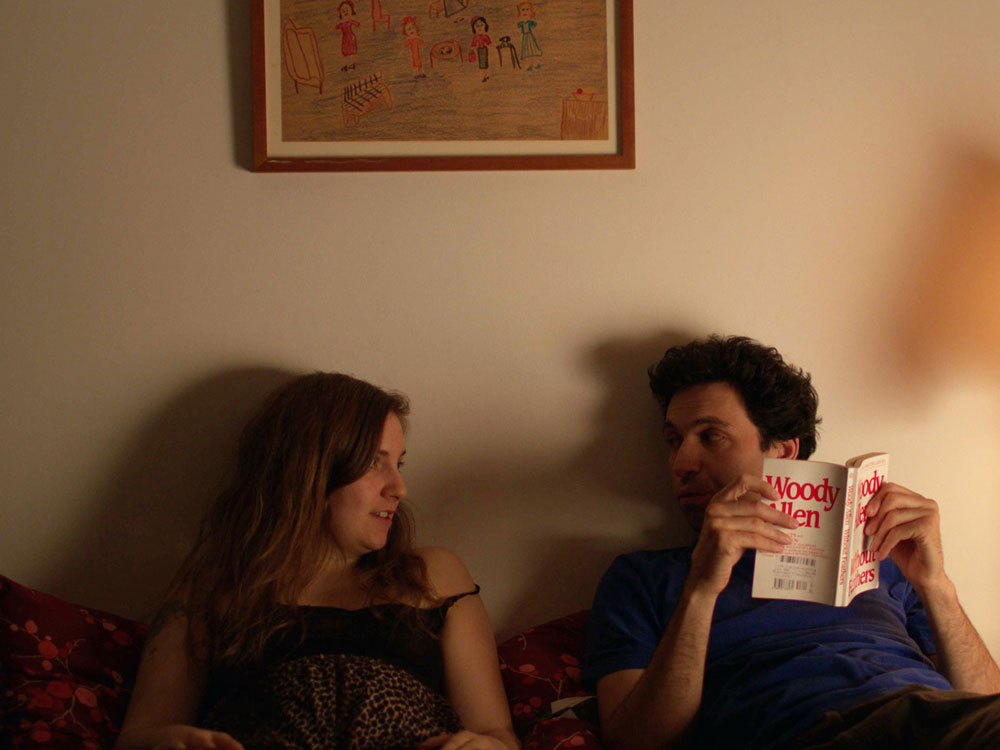 Filmmaker Lena Dunham has had quite a whirlwind year.

In March, the then 23-year-old's second feature film, Tiny Furniture, won the best narrative feature prize at the South by Southwest film festival. The New York Times, in a piece about Dunham, compared her writing to both  the novels of John Cheever and the comedy of Seinfeld creator Larry David. And in September, HBO ordered a half-hour comedy pilot from Durham, about a group of girls in their 20s. Judd Apatow jumped onboard to produce.

From 'Tiny Furniture' - 'You Have To Come With Me'

'You Have To Come With Me'

Dunham joined Terry Gross for a conversation about Tiny Furniture, which she wrote, starred in and directed (earning a second SxSW festival award, the "Chicken and Egg" prize for an emergent woman narrative filmmaker).

In the movie, Durham plays a character named Aura, who moves back in with her parents and sister and tries to sort out what to do with her life. It's a lot like Dunham's own story. In 2008, she graduated from college -- Oberlin, with a creative writing degree -- and moved back in with her sister and her parents while trying to find her own place in the world.

Both Dunham's mother and sister play fictionalized versions of themselves in the film; the title comes from the art created by the mother character. (In real life, Durham's mother is a fine-art photographer.)

Dunham says that working with her own family members, and asking them to portray partially unflattering characters, was initially worrisome to her.

"But really, it's like there's not so much that we can say to each other, in this form, that we haven't already said around the kitchen table," she says. "It's such an open dialogue in that way. My mom knows pretty well how I see her. ... I could spend two hours telling you the differences between who my mom is as a mother, and who this character is as a mother."

Two years after she initially moved in with them, Dunham still lives with her family. She says that though the living arrangement was initially just about logistics, it's become much more than that.

"I realized that, in some way, we all bring out the best version of each other and push each other and inspire each other," she says. "And I didn't realize that's what I was looking for until a year after being back in their house -- that it wasn't just about having a free place to crash. It was about who we all are to each other, as friends." 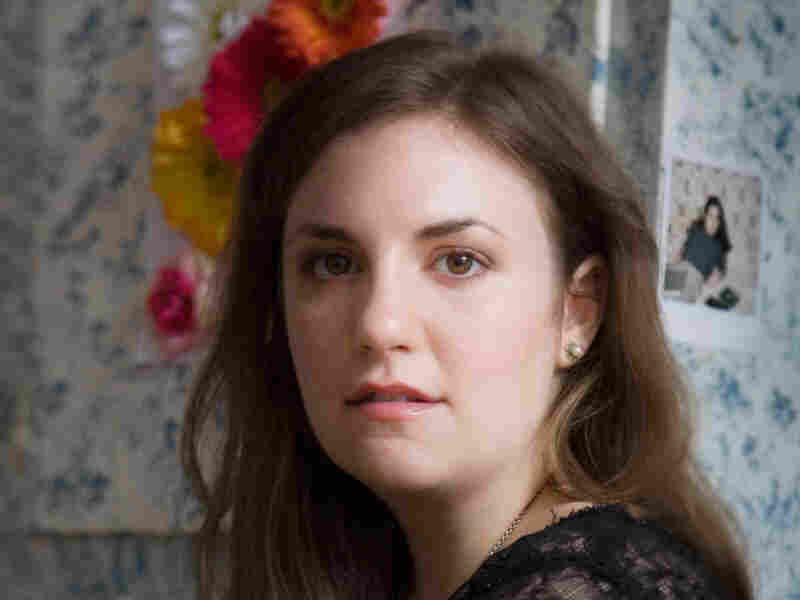 Dunham is a writer and filmmaker living in New York with her parents and her sister. She was recently nominated for two Independent Spirit Awards for her work on Tiny Furniture. Lena Dunham hide caption 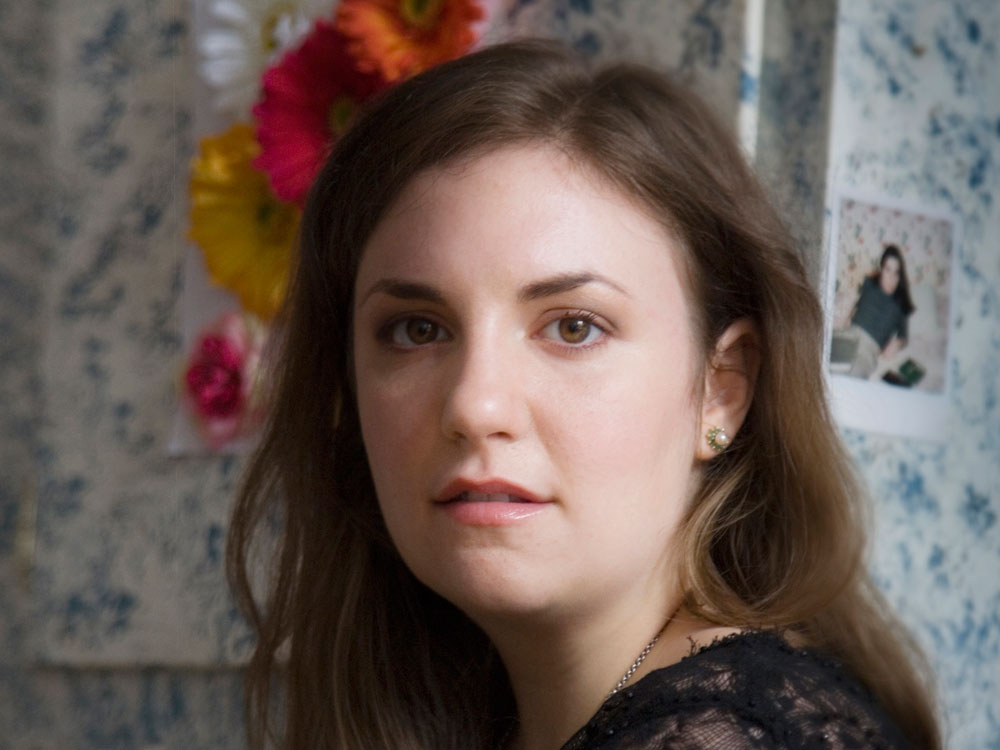 Dunham is a writer and filmmaker living in New York with her parents and her sister. She was recently nominated for two Independent Spirit Awards for her work on Tiny Furniture.

"I think you're watching a fictional version of [my life.] I've started to notice that I answer the question in different ways depending on how I'm feeling about my mom and sister on the day that I answer it, because I still live with them. So even though the movie is this kind of time capsule, it's this completely evolving and changing thing. So right now, I've been working, my sister's at college, my mom's about to have a new show open. We're all having our parallel lives, and then really enjoying each other when we come together. ... But there are moments where I'm like, 'Nothing has changed since we made this movie, and like, my mom is still screaming at me to take out the trash and I'm still telling her to look at me.' But one answer that my mom came up with, which made a lot of sense to me, is that the people who had the relationship depicted in this movie wouldn't be able to make a movie together."

On why her dad didn't appear in the film

"There was no way I was ever going to get him to do it. He's a really private person in a way. I'm ridiculous in my oversharing; my mom and sister are very open but a little more judicious than me ... and my father is a decidedly private person."

On her character's low self-esteem in the film

"It's trite to say, but when you're not sure about who you are, or what you're worth, or what your purpose is, there's a way that you'll let people who you think have a clearer sense of those things [into your life] and be thankful for any attention those people will give you."

On Dunham's self-esteem and body image

"The joke I always make about myself is that I'm self-involved, but I'm not vain. It's like, I've never been overly concerned with those things. I'm always having to be told to brush my hair. And I love clothes -- I love fashion, I have a totally bad shopping habit -- but it's much more because I like things that are fun to touch and colorful and amuse people. That being said, I'm a young woman living in an age where this is the national obsession. I can't lie about that. Recently, just from growing up and stopping certain college eating habits, I lost 15 pounds. And I'm still bigger than any other girl you're going to see in a movie or on TV, but it was interesting because people reacted to it like: 'Oh, you're going Hollywood.' And it was like, I'm still young. My body's still changing. I don't even know what height I am yet."