Accessibility links
Test-Driving Google eBooks: The Good, The Bad, And The Competitive Spirit Google Books launched its electronic bookstore on Monday. We decided to take a look at how it worked on a few different devices, including the iPad, an Android phone, and a standalone e-reader.

Test-Driving Google eBooks: The Good, The Bad, And The Competitive Spirit

Test-Driving Google eBooks: The Good, The Bad, And The Competitive Spirit 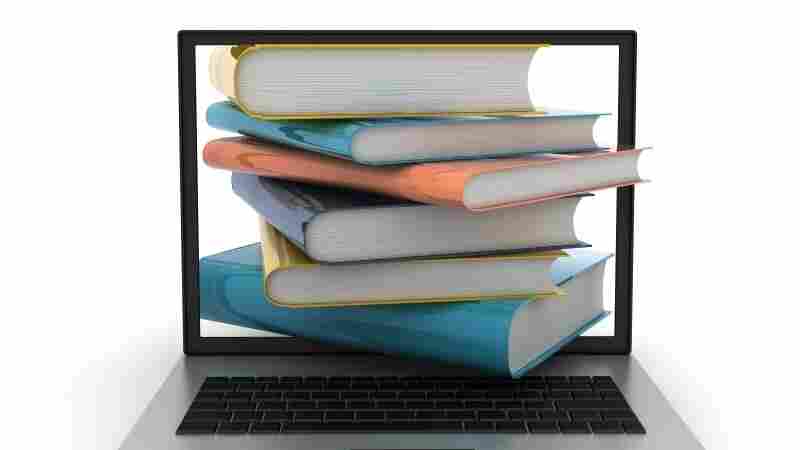 Today, Google launched its online bookstore, Google eBooks -- a long-awaited and much-discussed entrant into electronic bookselling. Google is advertising the store as compatible with computers, obviously (for those who want to read that way), but also with iPads and iPhones, Android devices and standalone e-readers including Sony and Nook devices as well as others that run Adobe Digital Editions.

(But not your Kindle, there, buddy.)

We thought we'd give it a try by buying a recent book -- David Sedaris' Squirrel Seeks Chipmunk: A Modest Bestiary, which cost us $9.99 -- and test-driving it on a few different devices.

Buying an e-book from Google is a lot like buying one from, for instance, Amazon. They've got categories, they've got covers, they've got lists of top-rated and top-selling books, and after you pick the one you want, you pay for it with Google Checkout (which you may already have if you've bought certain kinds of things before, including Android apps).

But! One of the beauty parts of Google eBooks is that you do not have to buy directly from Google. You can buy a Google eBook from Powell's Books, for instance, and Google says more retailers will come. Google eBooks also is now working with GoodReads, a popular social networking community where people keep track of the books they and their friends are reading.

If Google can successfully sever or even loosen the bond between broadly available e-books and giant bookstore chains, and if it can do a better job of leveraging book discussion (through that GoodReads partnership) than Amazon or Apple has done, that could offer something genuinely new, at least to mainstream users.

Wherever you make your purchase, once you're done, you can get started right away reading the book on your computer if that's your preference, or you can download it to a device of some sort -- the heart and soul of e-reading.

I first set out to try Google eBooks on a (borrowed) standalone e-reader, the Nook. I got the Nook on Wi-Fi, but it turns out that you can't download the Nook-compatible file from Google's bookstore over your wireless connection, the way you can download Nook books from Barnes & Noble or Kindle books from Amazon. Instead, as the online instructions confirm, you have to download a compatible file to your computer and then use a USB cable (!) to transfer it to your device.

This is certainly not unheard of -- you can get Kindle-compatible books from sellers besides Amazon, for instance, and you have to do exactly the same thing -- but it's very clumsy compared to wireless acquisition, and because I didn't have a USB cable handy, I skipped it. There's your lesson. (The Sony readers apparently will require the same workaround.)

If you were already buying e-books from Google to read them some other way and you happened to also have a Nook, you might take advantage of this capability to grab the extra copy for your Nook once you own the book anyway. But it's hard to imagine someone who primarily uses e-books on a Nook choosing to buy them from Google instead of Barnes & Noble, absent some massive price differential or selection or formatting advantage. The ability to pick out a book and buy it and start reading it without having to touch your computer is a fundamental enough part of the convenience of e-readers (at least for me) that it seems unlikely that -- without significant changes that allow better interaction between non-manufacturer stores and devices -- Kindles and Nooks aren't going to continue to be used primarily to read Amazon and Barnes & Noble books.

Next, I tried the new free Google Books app for my Android phone (which happens to be a Droid 2). Now, since the Android platform is a Google product, it seemed like kind of a gimme that they'd get these two working well together, and they have. The app downloaded easily, the same way every other app does; the book popped up immediately (since Android phones have you logged into your Google account as a basic fact of life); and it reads nicely, including the color illustrations. It's still an awfully small screen for reading for me, but that's a matter of personal taste. Just as I do occasionally use the Kindle app on my Droid even though I have a standalone Kindle, there's no reason I couldn't easily use the Google Books app occasionally.

The problem with that, of course, is that there's still not much of an incentive to do that if you're used to buying Kindle books and reading them on your Android phone. (Unless, again, you want to buy from Powell's or another bookstore instead of Amazon.)

The fact that Android and Google are blood relatives might mean Google will find a way to build in incentives, but for the time being, it's sort of an easy but not obviously necessary new option. And because it's been possible for a while to read Kindle and Nook books on an Android phone without owning a Kindle or a Nook, it's not clear how many people are holding out for another online seller to provide them with books they can read on an Android device before they get into the habit.

To read your Google Book on an iPhone or an iPad, you download the app from Apple's App Store, like you do with anything else, and then it reads ... just like a book typically does on the iPad. It has the visual page-flipping that you get from Apple's own iBooks, and a significantly bigger screen (and more conventionally book-like appearance) than you get from reading on a phone.

Google Books (on its array of compatible devices) doesn't really let you do anything new that a Nook or an iPad can't already let you do. Google Books (both as an app and as a kind of e-Book) is very functional, but it's not especially exciting or feature-packed, at least at launch. It does, however, offer another big, muscled competitor for the dollars of the people whose primary reading takes place on a device it can talk to wirelessly. The standalone e-reader compatibility is bothersome enough to use that it seems like it's of questionable importance, but having somebody else who can sell you a book to download and read on your Android or Apple device? That's credible, workable competition in what's been a pretty small field of entrants, and that could work to your benefit if your tastes run to electronic reading.