Accessibility links
Sex, Drugs And 'Life' — The Year's Best Guilty Reads If celebrity tell-all books are the snack food of the literary world, author Susan Jane Gilman has been on a binge this year. Her picks — from various ranks of the pop-culture pantheon — may not be the proudest additions to your bookshelf, but they may be among the most amusing. 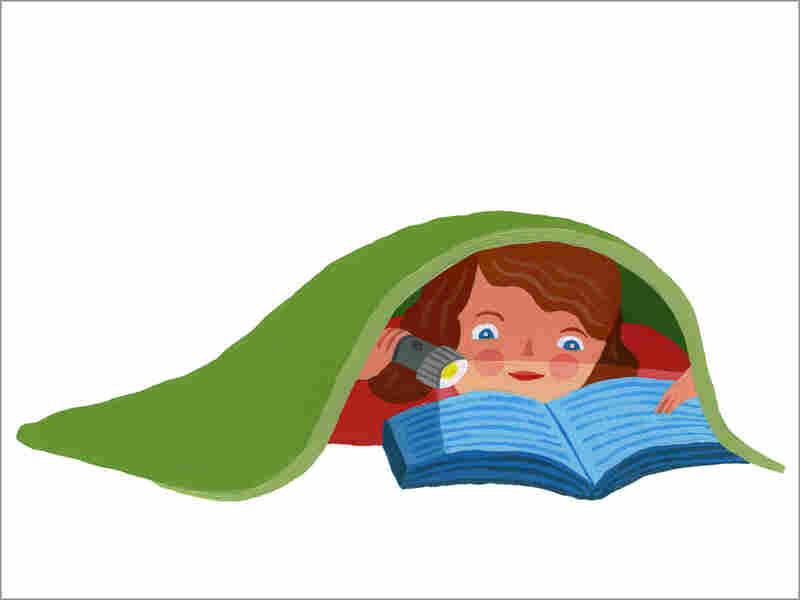 Recently, I stayed up for two days with Keith Richards. I took a bath with Chelsea Handler, snuggled with Jenny McCarthy, and sipped tea with Nora Ephron. Just last week, I slept with Rick Springfield.

I've been indulging my guiltiest pleasure: celebrity tell-alls. What can I say? I generally read hard-hitting nonfiction. But sometimes -- when the year is coming to an end and I'm mentally going on vacation -- I just want to read about famous people's bad plastic surgery, failing memories and drug habits. So sue me.

This year I indulged in a confession-fest: Five books by celebrities occupying different ranks in the pop-culture pantheon. 2010 has seen more than its share of memoirs and dish, but I found myself most attracted to books by 1) rock stars who've slept with or ingested everything; and 2) sexy, drunken, smart-mouthed women.

Their books bare their souls to one degree or another -- but at a price. Are any of these guilty pleasures worth the sheckles? Well, yeah, actually. 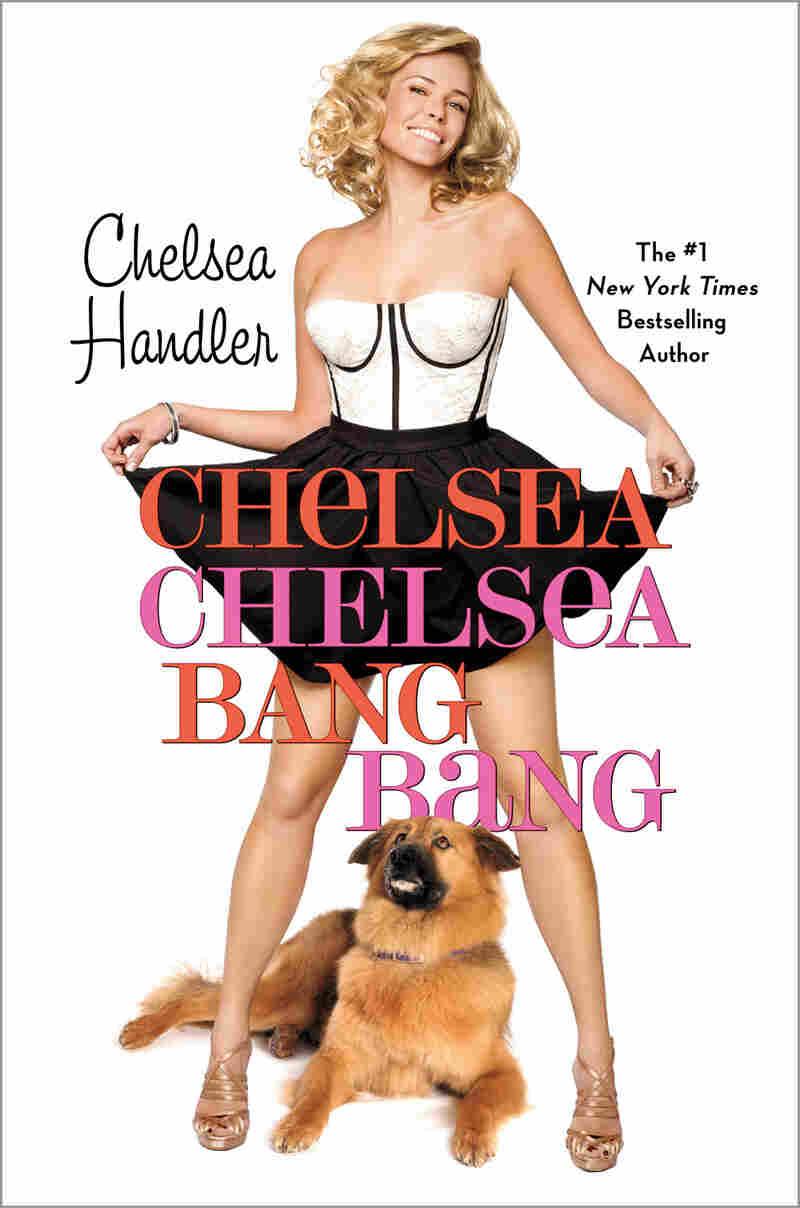 I began with that fabulous, Wicked Wit of the East, comedian Chelsea Handler. I love Handler's sense of the absurd and her rapid-fire monologues on cable. Her latest book, Chelsea Chelsea Bang Bang, relates her madcap antics during third grade, vacations and family pow-wows. It's chock-full of sexual awakenings, bickering e-mails and obscene language: What's not to love?

Some of Chelsea Chelsea Bang Bang is gutsy and perversely funny: When she fabricates a comedy based on the Challenger disaster starring herself and Meryl Streep, I chortled out loud. Other times? Well, her book is like stand-up: Your enjoyment depends a lot upon your mood, your willingness to be charmed -- and, at least in my case, how many martinis you've consumed. 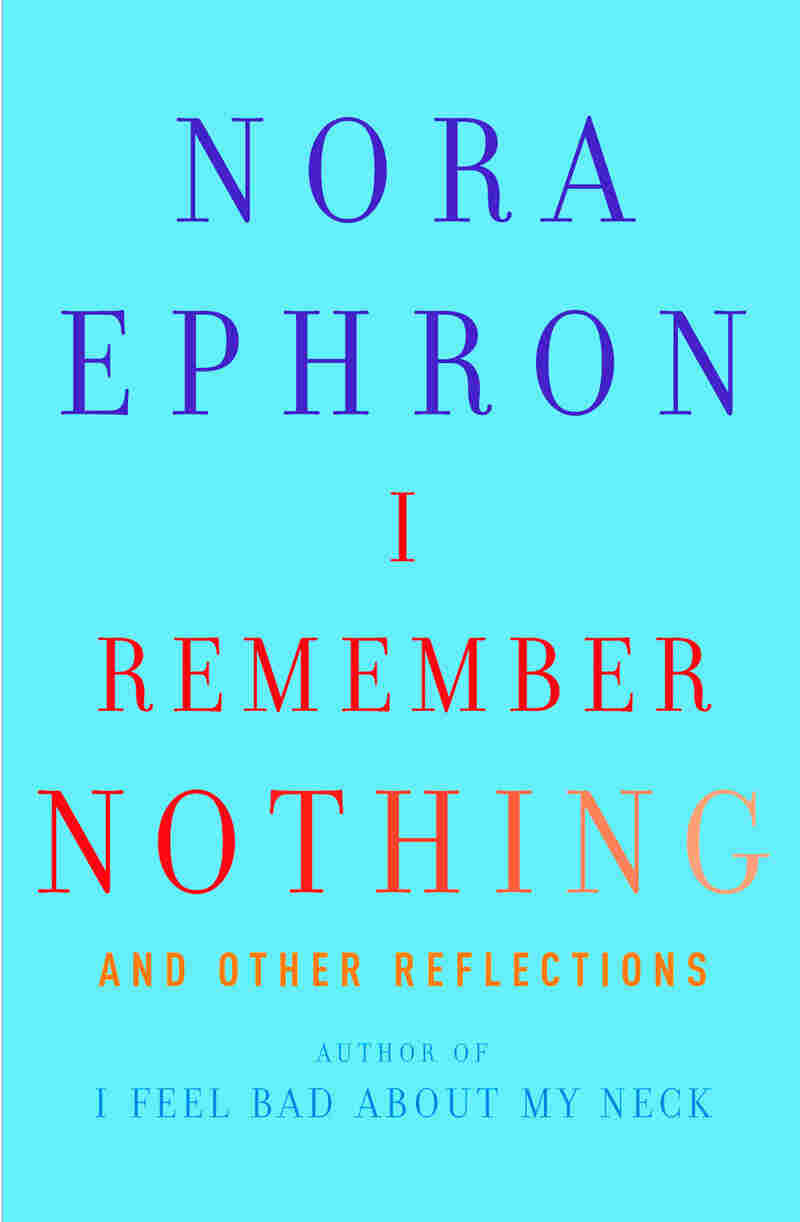 More On 'I Remember Nothing':

A second guilty pleasure of mine is to pass judgment on things I know nothing about. As such, I picked up Nora Ephron's latest, I Remember Nothing, predisposed not to like it. Why? I have absolutely no idea, except that she's so popular in my hometown of New York and so good at everything she does (including writing about what she supposedly doesn't do well) that it brings out the begrudgery in me.

And yet, within the first three pages, I was giggling out loud. Though I'm more of Handler's generation, I laughed in recognition at Ephron's tales -- perhaps because, while I've never proposed a comedy based on the space shuttle disaster, I have, like Ephron, "attended many legendary rock concerts and spent them wondering when they would end and where we would eat afterward." No topic is too abstract or trivial: She serves up poignant musings on divorce, failure and aging, as well as first-rate comedic kvetching over stuff like Teflon, e-mail, and dessert spoons.

I Remember Nothing has a likable, every-person sensibility and a fierce, consoling wit. I enjoyed it so much, in fact, that I happily paid for it instead of indulging in my third (and worst) guilty pleasure -- reading entire books in the store while hiding behind a shelf. 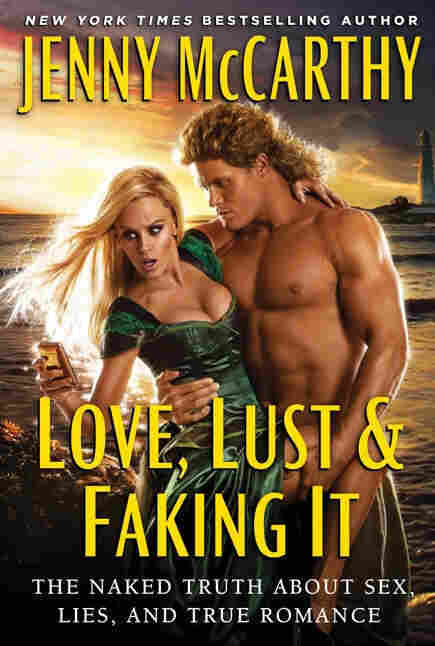 Love, Lust And Faking It

And now for something completely different: Over the years, Jenny McCarthy has managed to establish herself as both a Playboy Playmate and an autism activist -- no easy feat, I'd say. She's made a career of the knowing comic wink. Or, in her case, the burp that explodes the facade of her bombshell looks.

Her new book, titled Love, Lust and Faking It, is like spending an afternoon with your best friend, a copy of Cosmo and a low-fat milkshake. McCarthy confides personal stories of heartbreak and humiliation that are truly affecting. Yet these are padded with Twitter surveys, pop psychology and bedroom horoscopes. The result: total junk food. Yummy but substance-less. In the end, I wanted more McCarthy, less artificial additives. Her book is the publishing equivalent of Doritos. Still, who doesn't love Doritos? I polished off the book in a single sitting. I felt like an idiot; but whose fault was that? 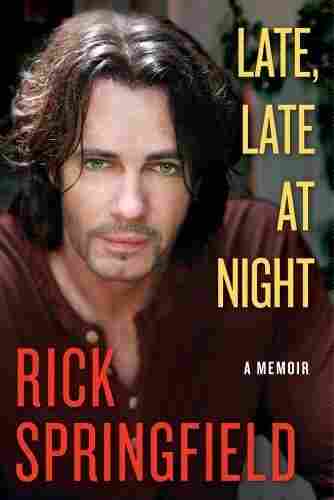 Which brings me to Rick Springfield: pop singer, soap star, '80s heartthrob. His memoir, Late, Late at Night, is like binge drinking. You know it's a terrible idea, but it's escapist and addictive; you can't put it down.

His book has everything deliciously tawdry you want from a pop-star memoir. It attempts naked honesty about his roller-coaster career, marriage, depression and sex addiction. If that's not enough, there are plenty of beefcake photos. Springfield is 61 and looks 38. Sadly, he writes like he's 19. Late, Late at Night groans with overwrought confessions, cocky asides and adolescent soul-searching. There's loads of bad behavior and contrition, but little real wisdom.

Which is a shame, because there's powerful material here. At 17, Springfield attempted suicide. In 1968, he saw action in Vietnam -- as an Australian entertaining the troops. This should be riveting, but his swagger makes it glib.

Still, if you ever adored Rick Springfield, you'll probably do as I did: Take him to bed, enjoy him more than you want to admit and hate yourself in the morning. Late, Late at Night is, like its author, unsatisfying but embarrassingly seductive.

But what did I expect, really? 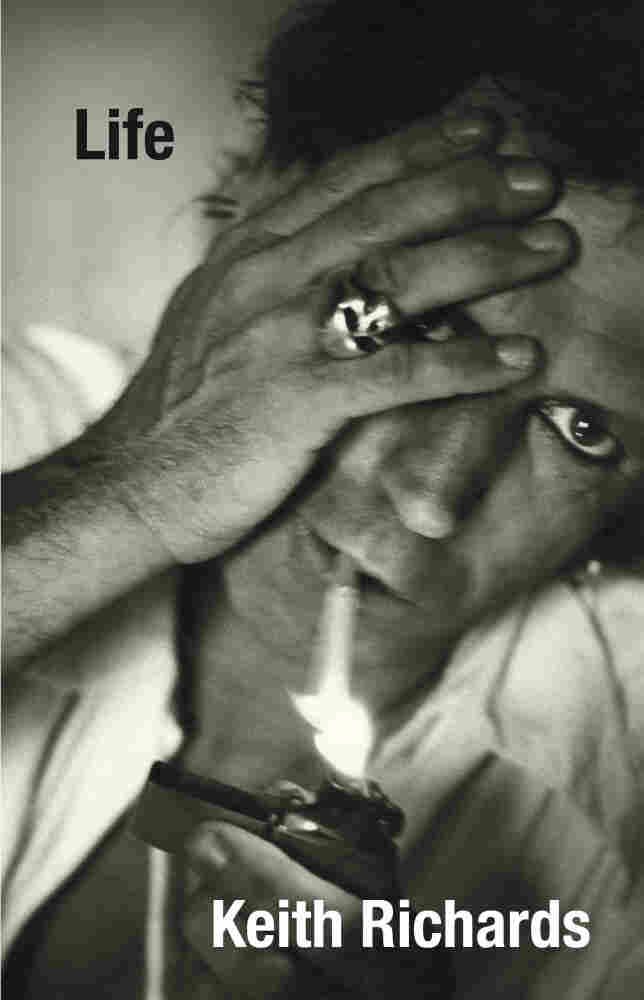 Well, enter Keith Richards and his memoir, Life. To be fair, I'm a huge Rolling Stones fan. Richards could cough up a hairball and I'd think it was musical genius. Still, his book is surprising.

While it opens with a drug bust, ultimately it isn't about partying like a rock star but working like one. We get pages and pages about his craft -- how he listened repeatedly to blues albums, figuring out how his musical idols played particular riffs, then removed a string from his guitar to get the Stones' raunchy, signature sound. The musical obsessions that have compelled him to keep playing for over 50 years seem to get more ink, in the end, than his dish about lovers, heroin or his complicated relationship with Mick Jagger.

Relentless, impassioned and oddly humble, Richards isn't unconscious in the least -- though at times, he's awesomely unreflective. His homes and hotel rooms seem to catch fire with alarming frequency. He sleeps with a loaded gun under his pillow and brings his 7-year-old son on tour as his handler: All of this is mentioned without comment.

But Richards tells his epic, rock 'n' roll life like it is -- with salt and candor, and no apologies. The result is a pleasure to read. And there's nothing guilty about it. 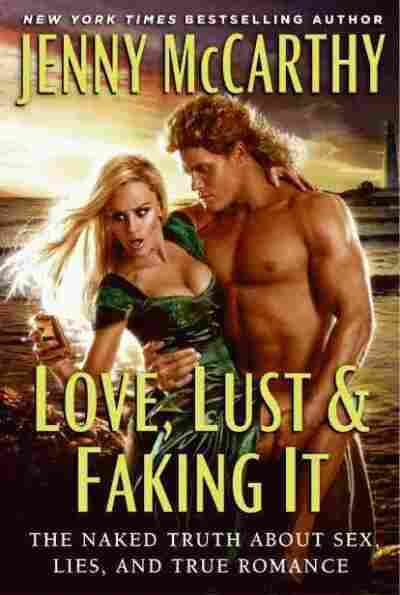 The Naked Truth About Sex, Lies, and True Romance 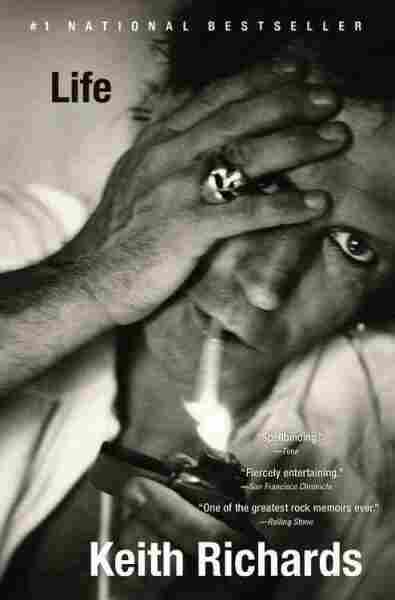 by Keith Richards and James Fox 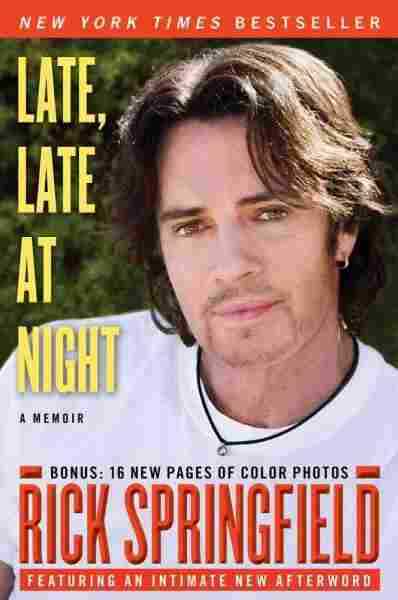 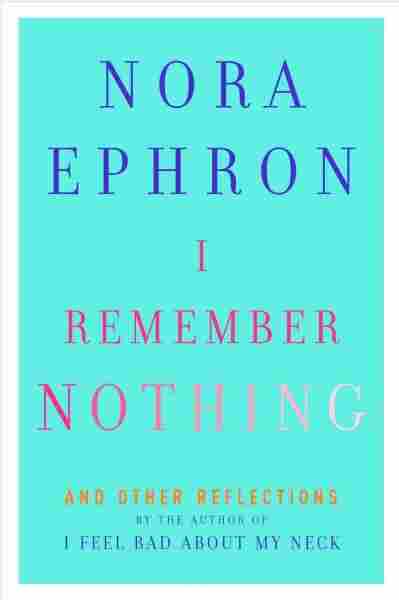 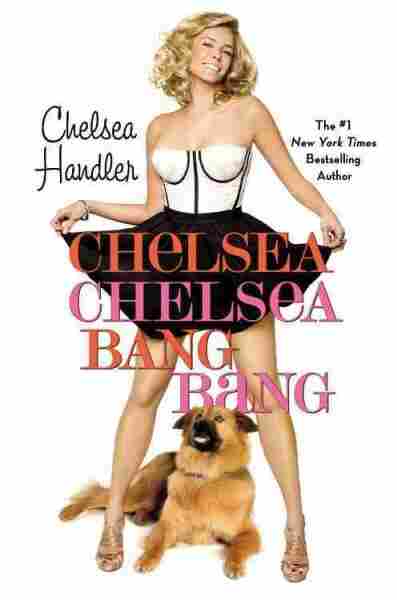