Accessibility links
Democrats Gloomy About Tax Plan The White House is faced with rebellion in the president's party against his agreement with Republicans on which tax cuts to extend. Some Democrats say they'll vote for the deal but they're not happy about it. Others will try to get deals of their own added to sweeten the package. 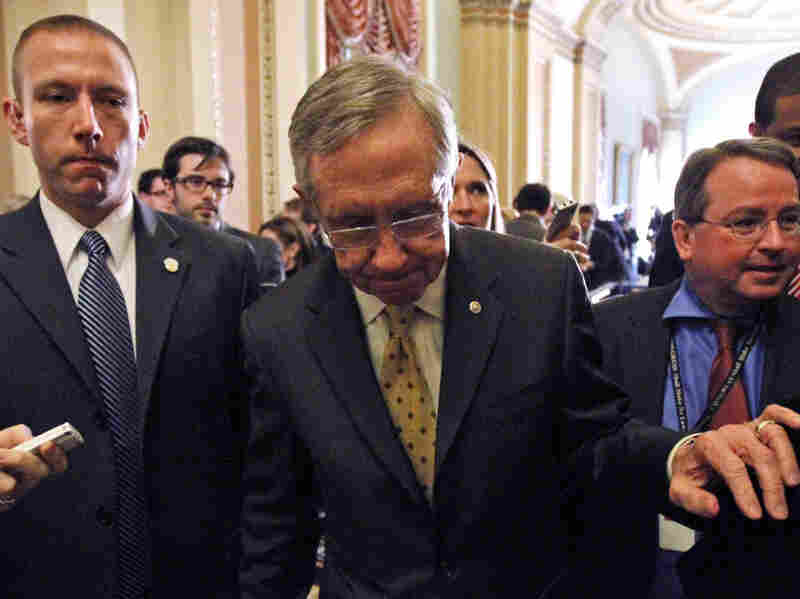 Democrats in Congress are giving President Obama's tax deal with the Republicans a rocky reception. At best, some members of the president's party are grudgingly accepting the agreement. Others say they were betrayed and are mounting a rebellion.

Some Democrats are looking over the proposal to extend the Bush-era tax cuts, including those for the rich, for opportunities to get some of their own provisions included.

Democratic Rep. Jim McGovern just finished a successful campaign for re-election. He says for half a year, he traveled his Massachusetts district arguing in favor of extending the tax cuts for middle-income taxpayers and letting taxes rise for wealthy Americans.

McGovern says he'll probably vote against what he labels a bad deal. And he's not alone. Across the Capitol, Vermont independent Sen. Bernie Sanders says he intends to do everything in his power to "stand up for the American middle class and defeat this agreement," including a filibuster.

Speaker Nancy Pelosi (D-CA) issued a statement in which she stopped well short of endorsing the package, saying discussions between the president and the Democratic caucus will continue. Senate Majority Leader Harry Reid of Nevada has not added his endorsement, calling the plan "something that's not done yet."

It's clear that Democrats hope to change the agreement, which would trim payroll taxes for Social Security and Medicare -- a provision Democrats like -- but also would set a $5 million exemption for the estate tax -- a level many Democrats say is too high.

The package would add an estimated hundreds of billions of dollars to the deficit over the next two years, which gives many Democrats pause.

Sen. Ben Nelson (D-NE) says the damage to the deficit causes him "heartburn, [but] the shock to the economy of having taxes go up right now is greater than adding to the debt."

Republicans are generally pleased with the agreement. Senate Minority Leader Mitch McConnell of Kentucky says, in his eyes, there's little left to talk about.

"The agreement is essentially final," he says. "Sen. Reid and I will have to discuss procedurally how we go forward."

The White House dispatched Vice President Joe Biden to meet with Senate Democrats over lunch Tuesday.  He reportedly told them it was the best deal the administration could get with Republicans.

But it has dispirited many Democrats, such as Rep. Jim Moran of Virginia, who says he'll vote against it. But, Moran predicts, the agreement will pass.

"The easy vote is to say yes to tax cuts and no to spending cuts. That's what we'll continue to do," he says.

It's likely the administration will attempt to boost the enthusiasm of some Democrats by agreeing to special-interest tax breaks and other sweeteners. All indications point to more deals likely being made in the days ahead.