High in the mountains of Trinidad's mountain ranges, Trinitario Fine Flavor Cocoa is harvested using methods largely unchanged since the 18th century. While most of the cocoa is exported for use among the world's best chocolatiers, the "second tier" beans are left behind and ground, along with local spices, into a paste that is formed into balls and dried. The dried cocoa ball is then grated into boiling water to form a drinking chocolate locally known as cocoa tea. This take on a traditional tea cake makes use of pure Trinidad cocoa powder, available in Caribbean markets, and ground dried spices to mimic the taste of that native drinking cocoa in a cookie. 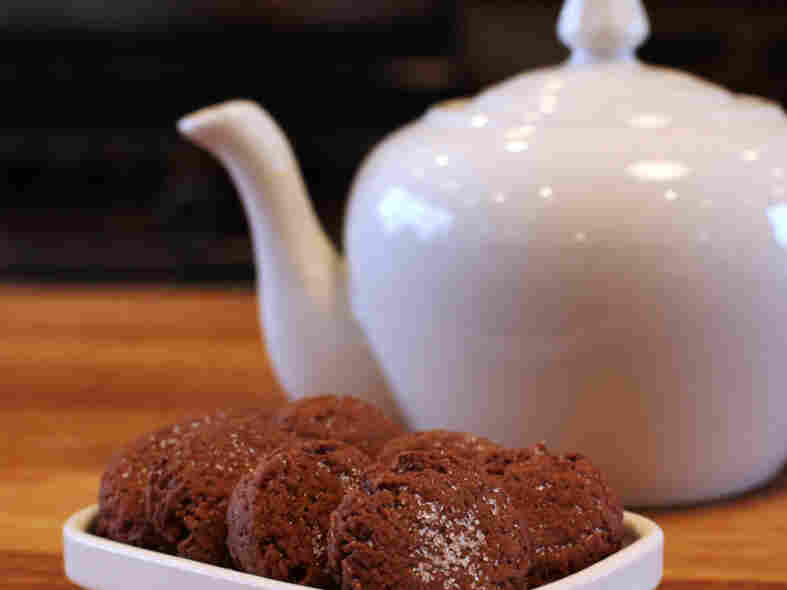 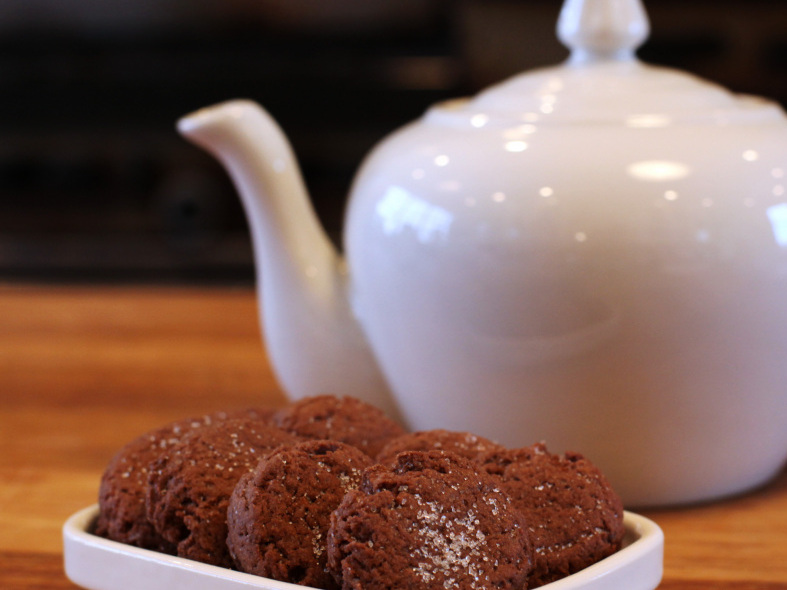 Granulated sugar for a garnish

Sift together the flour, cocoa powder, nutmeg, cinnamon, ginger, ground bay leaf and salt in a bowl and set aside.

Cream the butter and sugar together until pale yellow and fluffy, about 6 minutes in a standing mixer or 10 minutes using a hand-held electric mixer.

Add the egg and mixed essence and beat until well combined, about 45 seconds.

Add the flour mixture in three equal batches, stirring well after each addition.

Divide the dough into two equal disks and wrap in plastic wrap. Chill for at least 1 hour or until firm. Dough will keep for up to three days refrigerated or may be wrapped tightly and frozen for up to one month.

When dough is thoroughly chilled, use a 1-ounce ice cream scoop and drop the dough onto cookie sheets lined with parchment paper. Using the back of a spoon, press down on the dough ball so that it is flattened to about 1/3-inch thickness; repeat until all of the dough is used and all of the cookies are made.

Bake the cookies for 14 minutes, or until firm but not browned. Cookies may be lightly browned around the edges. Remove from the oven and allow to cool for 5 minutes before sprinkling with granulated sugar, then allow to cool thoroughly. Serve with tea.