Accessibility links
For WikiLeaks' Assange, It's Only The Beginning WikiLeaks founder Julian Assange is fighting extradition to Sweden to face sexual assault allegations, and that's just the start of an international legal odyssey. Experts say that his extradition is likely, and American prosecutors are on his case, too. 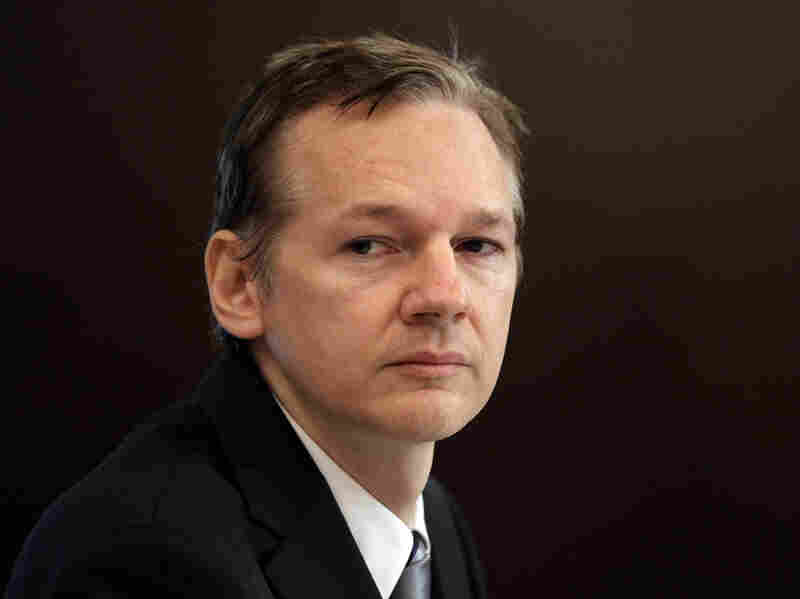 For nomadic WikiLeaks founder Julian Assange, fighting extradition to Sweden to face sexual assault allegations is only the beginning of an international legal odyssey.

Experts say that extradition between European countries on rape charges happens all the time, with few exceptions.

"There's very clear grounds in extradition law for challenging extradition, if you think that you are going to be persecuted," said Linda Malone, who teaches international law at the College of William and Mary. "Most of the time that persecution is not based on any kind of political motivation so much as religious, ethnic and other types of persecution."

Those factors, Malone said, don't seem to apply to Assange.

And American prosecutors are on his case, too.

Tim Matusheski is a whistle-blower lawyer who has done some free legal work for WikiLeaks, after first encountering the founders in a chat room a few years ago.

Prosecuting WikiLeaks: It's Not Going To Be Easy

Once the organization caught the attention of U.S. law enforcement earlier this year, Matusheski said he reached out to the FBI. Federal investigators and a national security prosecutor visited him in early November in Mississippi.

"They wanted to interview me about WikiLeaks and whatever I could tell them that was not privileged," Matusheski said. "And I cooperated. And I did meet with them."

Matusheski didn't want to answer questions about what he told the Justice Department team. But he said he got a sense the U.S. government was eager to bring a criminal case against Assange.

A Challenge To Prosecute

Any Justice Department case isn't going to be easy. The first legal tool that comes to mind is the World War I-era Espionage Act. But government lawyers will have a hard time using it because Assange is likely to argue he's a journalist who deserves protection under the First Amendment.

"There could be ways that the information was shipped, the way it was taken off the government systems that would lend itself to a specific charge, but I would be very surprised if they could come up with a case that would allow them to work around the First Amendment defense," said Pat Rowan, who used to prosecute espionage cases in the national security division of the Justice Department.

Attorney General Eric Holder told reporters this week that the Justice Department is looking at other laws, beyond the Espionage Act. Rowan said that prosecutors are probably analyzing conspiracy and theft laws, and trying to come up with evidence that Assange was directly involved in soliciting the leak of secret information.

U.S. senators from both political parties have been pressing the attorney general to move quickly against WikiLeaks -- and they're offering to rewrite the espionage law if that would help.

The Potential For A Long Process

But Justice Department sources say that no criminal indictment against Assange is imminent. And Rowan said there's no simple fix to the issue of whether WikiLeaks is a media organization.

"There's a sense in which, you know, hey, he's detained in London and we all know what happened, so why haven't they charged it? But, in fact, they need to work their way through an issue like that," Rowan said.

Assange's supporters in the U.S. said all the talk about criminal investigations distracts from the impact of what WikiLeaks has revealed.

Julie Turner, an intellectual property and First Amendment lawyer in California, has done some work for WikiLeaks.

"It's time to stop kicking WikiLeaks around and start looking at what it is that's been disclosed," Turner said. "In a democratic society, we need the Fourth Estate to keep the citizenry informed, so we can actually be intelligent in running our democracy."

Assange is due in court again in London next week, and depending on the legal process, it could be awhile before he gets to Sweden, and even longer before he faces American justice.