Accessibility links
Solving Puzzles Satisfies The Nimble Brain We've all had those satisfying "aha!" moments -- while poring over a crossword at the breakfast table, or adding up the Sudoku numbers during a long commute. Now, researchers are taking a closer look at those satisfying little breakthroughs to figure out how the brain works to solve problems. 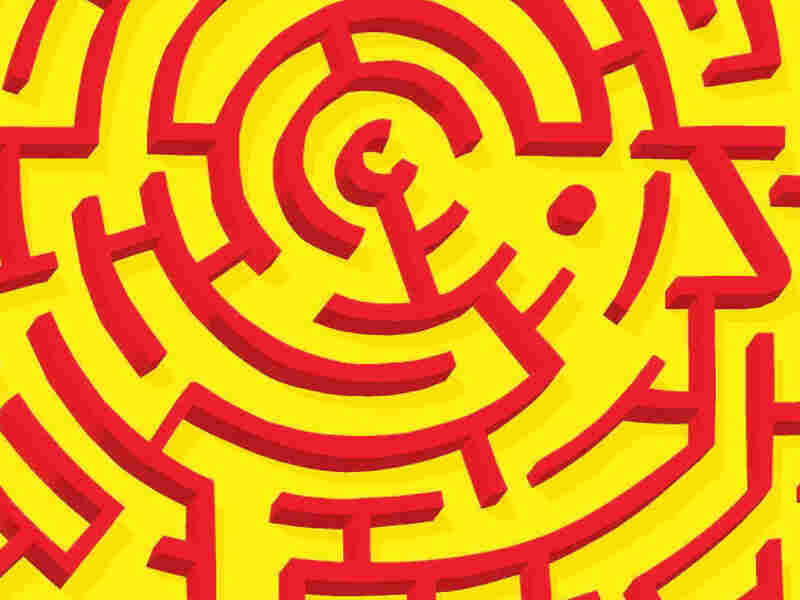 Test Your Brain: Click here to try your hand at The New York Times' maze.

We've all had those satisfying "aha!" moments -- while poring over a crossword at the breakfast table, or adding up the Sudoku numbers during a long commute. Now, researchers are taking a closer look at those satisfying little breakthroughs to figure out how the brain works to solve problems. The front page of Tuesday's Science Times section in The New York Times is devoted to this "phenomenon that threatens to become a craze."

Problem solving goes back to the Stone Age, says David Corcoran, science editor at The Times. "They were inventing fire and the wheel; now we're filling in the answer to 26 down," he tells NPR's Neal Conan.

Will Shortz, NPR's Puzzlemaster and crossword editor for The New York Times, thinks that people who construct puzzles and people who solve puzzles have different kinds of minds. Both must be smart, but not smart in the same way. "There's a constructor in Boston that I know of that's one of the top constructors," Shortz says, "and he says he's not very good at solving puzzles at all."

The reverse can be true as well. "Out of the top 10, say, American crossword solvers, there's two or three, maybe four who are good constructors," Shortz says.

Math and music seem to be related to crossword-solving ability. "Being able to solve a difficult crossword involves an ability to quickly synthesize a lot of different information together," says Shortz. The ability to recognize patterns helps, too. Those skills, he says, "go along with math and music."

Of course, solvers also have to have deep and broad stores of knowledge. But fear not, says Shortz. "Even if you don't know everything, you can usually figure it out from what makes sense."

Amazingly, one study Corcoran and his colleagues examined indicates having a good laugh can help you solve a puzzle. "When you're trying to solve a puzzle that requires that 'aha!' moment, that insight where something just seems to pop into your brain, it really helps to be in a playful frame of mind." That mindset can help you "spot connections or see things in the background that you might not otherwise pick up if you were feeling sober or serious." 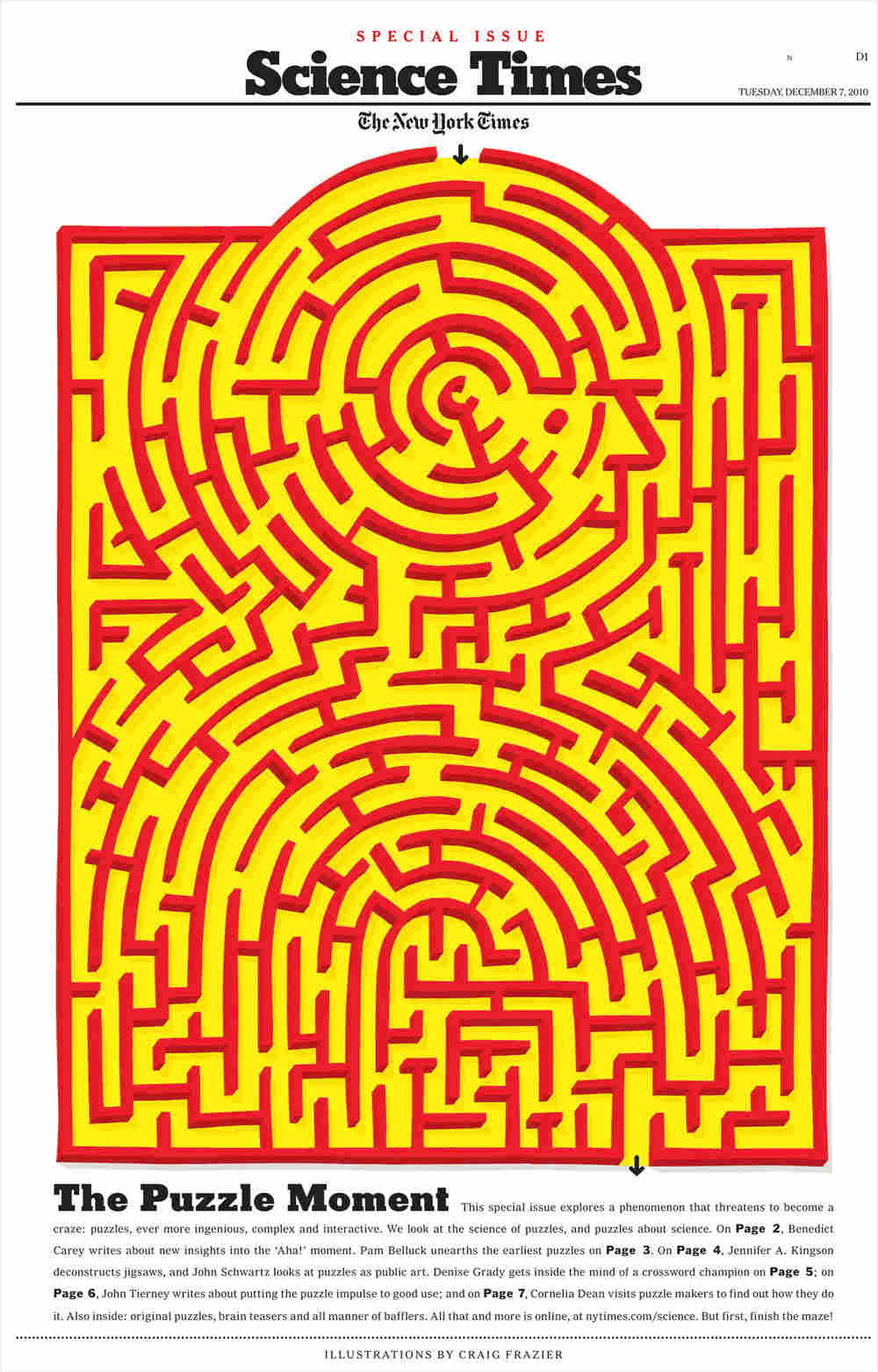 While it feels really good to solve a puzzle, scientists don't yet know what the long-term benefits may be. Molly Wagster, chief of the behavioral and systems neuroscience branch at the National Institute on Aging, studies how puzzles can benefit brains. "What we know is that it probably makes us better at puzzle solving, but it may not necessarily make us better at other types of cognitive activities," Wagster explains.

But there's still plenty of research to be done in the field to explore what kinds of activities -- puzzles, in addition to exercise and other endeavors -- can help "remediate age-related cognitive decline."

In researching the series, Corcoran found researchers largely agree puzzles can't help fend off diseases like Alzheimer's. "What puzzles can do -- and it almost goes without saying -- is they're fun. They're a form of recreation. They're satisfying to do." And in that way, they can help you keep tabs on yourself. "You know if you can solve a puzzle, you know you're still pretty much intact."