Accessibility links
About 'Wait Wait... Don't Tell Me!' It takes more than a couple brain cells to make this show, so let's give credit where credit's due. 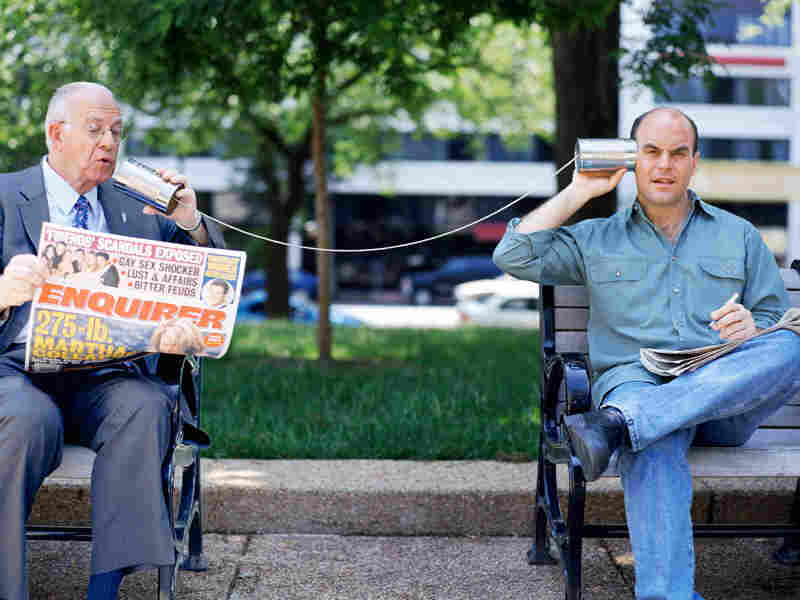 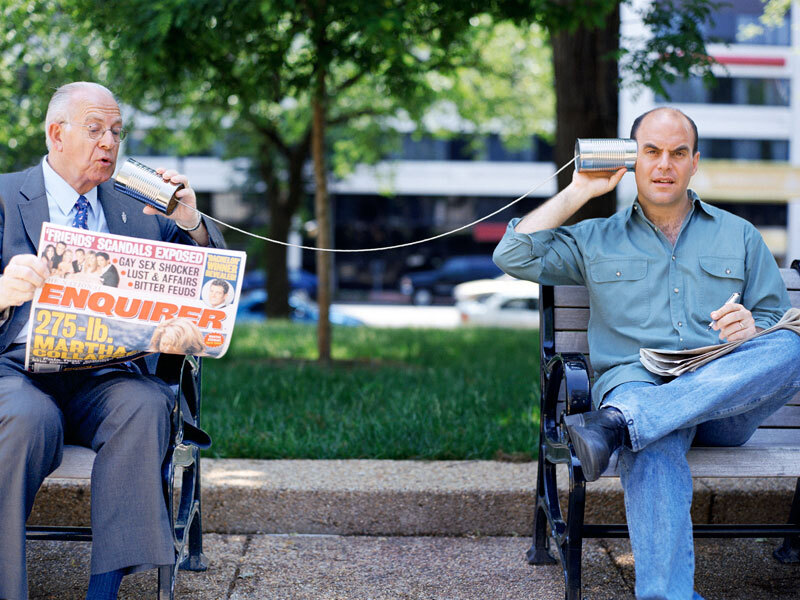 Wait Wait... Don't Tell Me! is NPR's weekly hour-long quiz program. Each week on the radio you can test your knowledge against some of the best and brightest in the news and entertainment world while figuring out what's real news and what's made up. On the Web, you can play along too.

It takes more than a couple brain cells to make this show what it is... so let's give credit where credit's due.

Prior to becoming host of Wait Wait in 1998, Peter had a varied career including stints as a playwright, screenwriter, stage director, actor, extra in a Michael Jackson video, travel writer, essayist, ghostwriter and staff writer for a motorcycle magazine. He has written two books — The Book of Vice: Naughty Things and How to Do Them (Harper Collins, 2007) and The Incomplete Book of Running (Simon & Schuster, 2018). He has contributed essays to Opera News, AARP the Magazine, Saveur, Finesse, and is the "Road Scholar" columnist for Runner's World. Peter has three daughters and lives in the Chicago area with his wife Mara, two dogs named DeeDee and Dutchie, and some goldfish whose names he hasn't bothered to learn.

For many, Bill Kurtis was the face, the voice, and the hair of the news in Chicago. Along with his co-anchor, Walter Jacobson, Bill brought authority and integrity to CBS-affiliate WBBM. Since then, he's produced and hosted such shows as Investigative Reports, American Justice, and Cold Case Files; and was also the narrator of Anchorman: The Legend Of Ron Burgundy. Essentially, if you hear Bill Kurtis saying your name, you've either committed a terrible crime, or you're Will Ferrell. Bill is also the founder of Tallgrass Beef Company, where, every night, he lulls his grass-fed cows to sleep by reading them a bed time story.

Carl – an all-around genius and great guy – had a five-decade career in broadcasting. After 30 years as a signature voice of NPR's morning newscasts, Carl embraced an unexpected comedy role, as the Official Judge and Scorekeeper of Wait Wait... Don't Tell Me!, which premiered in January 1998. In 2014, he announced he would become Scorekeeper Emeritus and continued to record custom voice mail greetings for the show's lucky winners. (Listen to some of them here). Carl died in April 2018 at the age of 84. You can read Peter's appreciations of him here and here.

Doug Berman is the Peabody Award-winning producer of NPR's Car Talk and Wait Wait... Don't Tell Me! For the last 30 years, he's been on a one-man crusade to get NPR to lighten up. He was a news director at NPR member stations WFCR in Amherst, Mass., and WBUR in Boston before giving up his legitimate career for this stuff.

Mike Danforth joined Wait Wait... Don't Tell Me! in 2000. In his time at the show, Mike has done everything from book guests, manage the staff limericist, negotiate venue contracts, host a podcast, and do what he can to stop Peter Sagal from making fart jokes. In 2018, Mike won third place in Urban Prairie Waldorf School Pie Contest (Grown Ups Favorite).

Ian Chillag is best known as the sculptor of the "Lil' Peter" line of ceramic Peter Sagal miniatures. He has over 114 in his personal collection, from fan favorites "Scuba Peter" to the famous "Sagasus," a winged half-horse, half-Sagal. You can find Ian's miniatures on sale in the Wait Wait merchandise shop after the show.

Miles is a former producer and director for WBEZ and a current baker of cookies and maker of messes. He hates writing bios about himself, so he'll let his Wikipedia page do the talking: The page "Miles Doornbos" does not exist.

Lillian "Tilly" King joined Wait, Wait... Don't Tell Me! in 2018, two years after her internship during which she famously explained "the peach is the butt" to the staff. At Wait Wait, Lillian keeps Peter up to date on which celebs are kissing, eats stew and Slacks the sole writer and editor of The Jennifer Mills News, Jennifer Mills. In her past life, she ladled out borscht in Toronto, read Russian books in Montreal and played folk guitar with her friends. Lillian is 5'10".

Jennifer "Milly" Mills joined Wait Wait... Don't Tell Me! in 2015 after an illustrious art career making dog poop sculptures for museums and political collages for TV. Jennifer is the founder of the WWDTM office potato "Tady" and the sole writer and editor of The Jennifer Mills News which you can enjoy ad free at jennifermillsnews.org. During her time at WWDTM, Mills has learned how to Rick Roll, got in trouble for making a life-sized cut out of a picture of Peter while he had pink eye, and had the opportunity to learn how to use Slack to message Peabody award-winner Mike Danforth about office matters. Lillian is 5'10".

After many years spent as an award-winning theatrical sound designer and audio theater producer, Robert Neuhaus went in search of even larger egos than the theater can contain and found them at Wait Wait... Don't Tell Me! Robert has served as a recording engineer based in NPR's Chicago Bureau since 1988, but he still moonlights from time to time creating storms and battles for Chicago Shakespeare Theater.

Lorna White graduated from Illinois State University in 1984 and immediately began her career with NPR in Washington, D.C. In 1996 she became the NPR Chicago Bureau engineer and moved back to the Midwest. Wait Wait began production in 1998 and she is now the technical director and Keeper Of The Bleeps. Tom Hanks once sang a song about her.

Colin Miller does not make the butt jokes for Wait Wait — he just makes sure the butt jokes are able to happen. If the show were a band touring around the country to millions of screaming fans, he would be the bassist. He would also be the janitor, accountant, agent and chef. Some might call him a jack-of-all-trades, but the truth is he simply cannot make up his mind and has never really excelled at anything. Colin comes from a family and has now made one of his own.

Gianna first joined the team at Wait, Wait... Don't Tell Me! as an intern back in 2017 following her graduation from Western Michigan University. During her 10 months with the show, she stuffed countless gift bags, produced hundreds of prize voicemails and even contributed a joke or two (She's particularly proud of 'Arma-BILL-o'). Now, after a year of producing podcasts in New York City, she's back home in the Windy City and ready to manage this house. So sit back and enjoy the show, but remember, this is her house and there are rules, people!