Grab This Session at WNYC.org 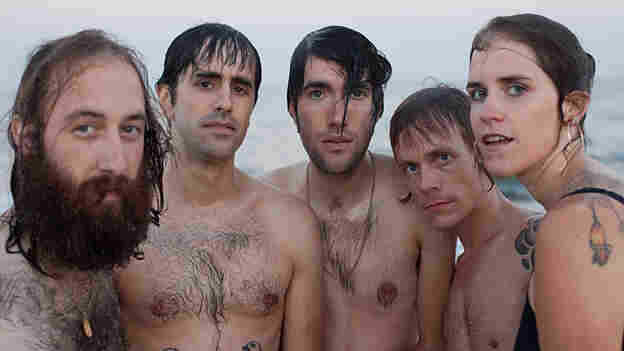 Dark Dark Dark doesn't always let the listener in on the secrets of its folk songs. Tod Seelie hide caption 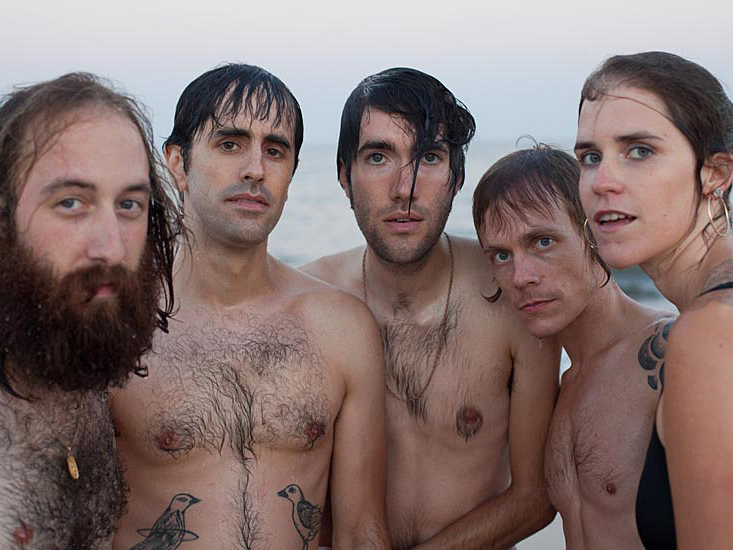 Dark Dark Dark doesn't always let the listener in on the secrets of its folk songs.

In Dark Dark Dark's "Daydreaming," chief vocalist and songwriter Nona Marie Invie sings of "unspeakable things." But the song isn't about things that mustn't be spoken; it's about the things that can't be spoken, and so must be sung, or expressed in some form of art that transcends mere words. Invie sings with a flexible, penetrating voice, shedding both light and shadow on the meaning of her lyrics.

The band brings a love of surprise, emotional intensity and an orchestral sensibility to its music. Songs lunge, blaze and soothe, sounding spontaneous, but also carefully organized. Dark Dark Dark is a community. But it's not a community defined by geography -- band members live in Minnesota, Brooklyn and New Orleans -- but one defined by creativity. Band members make visual art as well as music, and bassist Todd Chandler is putting the finishing touches on an intriguing-looking movie, Floodtide, which features some members of Dark Dark Dark in acting roles as they float down New York's Hudson River in homemade sculptural boats.

Dark Dark Dark brought quite a few instruments to the WNYC studio. Invie played either piano or accordion, switching off on those instruments with Walt McClements. Marshall LaCount played electric banjo and sang lead on "Heavy Heart." He sings in almost exactly the same register as Invie, and their voices blend well. Todd Chandler played an electric upright bass, Brett Bullion the drums, and all sang backup. The band's cellist, Jonathan Kaiser, couldn't join us, but the band made a full sound anyway.

One of the best ways to be guided to the tastiest fruit in the vast forest of music is by following up on the recommendations of musicians, and that's what led me to Dark Dark Dark. Elephant Micah (Joe O'Connell) told me about the band during his Spinning On Air session, so I listened to Dark Dark Dark's latest album, Wild Go, and invited the group to WNYC for a session when its members were next in New York. It seemed only fitting to ask them to close the session with the Elephant Micah song "Wild Goose Chase," bringing things full-circle with enough centrifugal force to fling us forward to still more discoveries.