Accessibility links
Senate Blocks 'Don't Ask, Don't Tell' Repeal The 57-40 test vote fell three votes short of the 60 needed to advance and ends months of political wrangling on the bill. Congressional action on the repeal provision appears unlikely in the near future. The 1993 law bans gay troops from publicly acknowledging their sexual orientation. 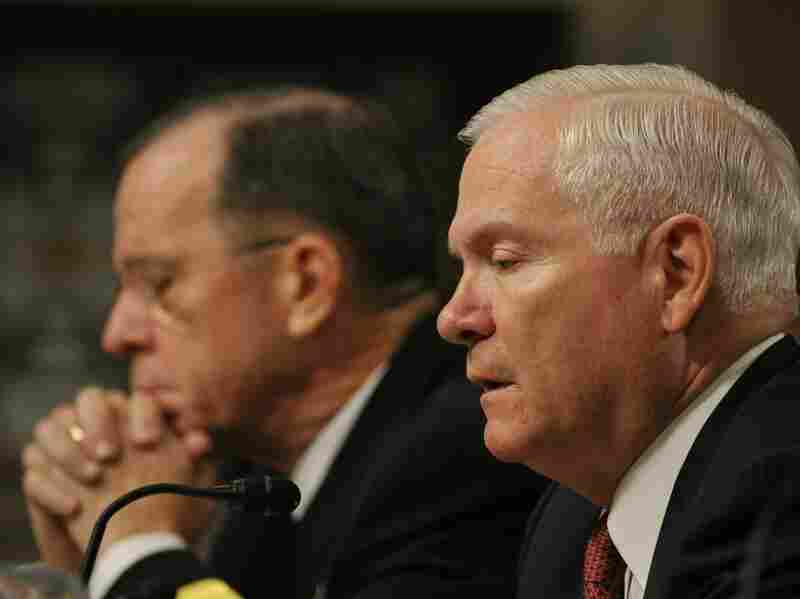 The 57-40 test vote fell three votes short of the 60 needed to advance and ends months of political wrangling on the bill. President Obama said he was disappointed by the failure.

"This law weakens our national security, diminishes our military readiness, and violates fundamental American principles of fairness, integrity and equality," he said in a statement.

Congressional action on the repeal provision appears unlikely in the near future. But Sen. Joe Lieberman (I-CT), a supporter of repeal, said lawmakers would press on with efforts to overturn the ban.

"We're not going to give up," he said. "We're going to keep fighting until the last possible moment in this session because we've got the votes to change this unjust policy."

The 1993 law bans gay troops from publicly acknowledging their sexual orientation. A repeal provision was included in a broader defense policy bill and passed last spring in the House.

Meanwhile, House Democrats defied President Obama, shooting down a deal between the White House and GOP lawmakers to renew the Bush-era tax cuts in exchange for an extension of unemployment benefits. 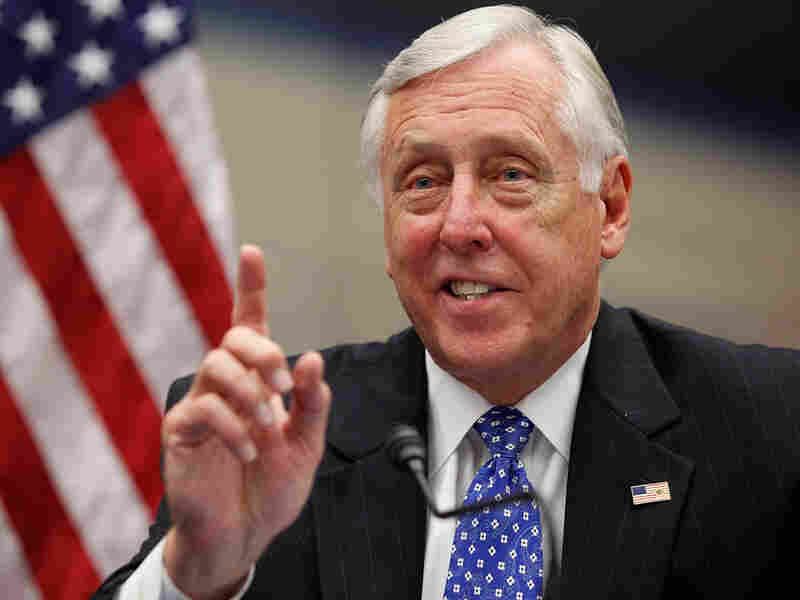 House Majority Leader Steny Hoyer, pictured in July, had predicted that Democrats would be forced to accept the package or face gridlock that would lead to "an increase in taxes on working Americans." Chip Somodevilla/Getty Images hide caption 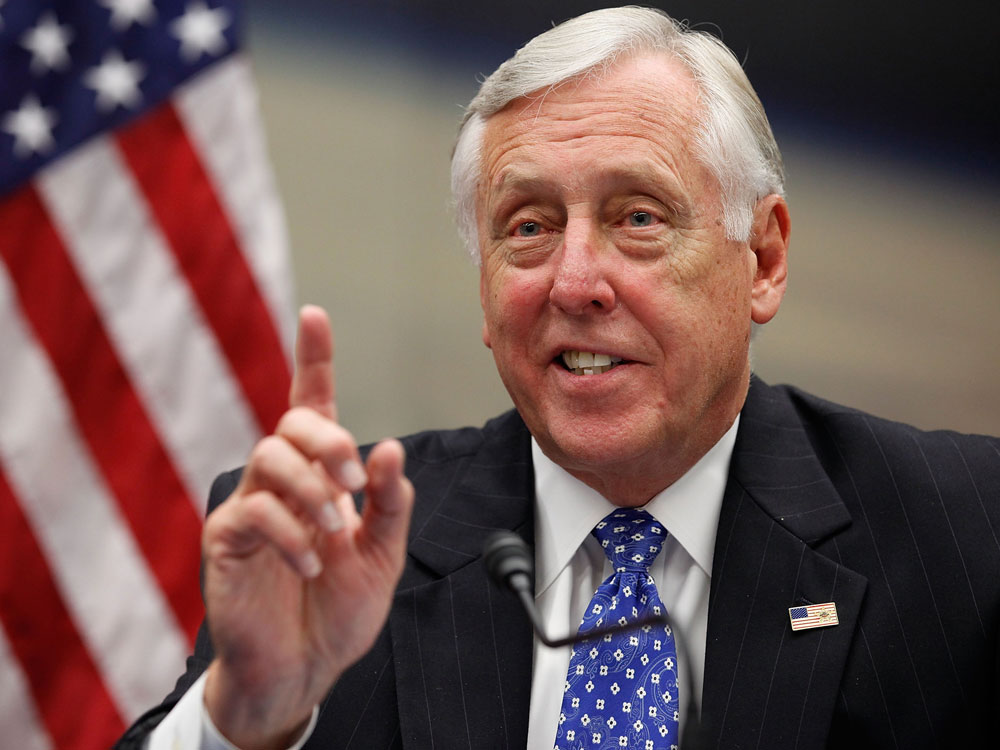 House Majority Leader Steny Hoyer, pictured in July, had predicted that Democrats would be forced to accept the package or face gridlock that would lead to "an increase in taxes on working Americans."

Democrats, angered by the plan to extend tax cuts to the wealthiest of Americans amid huge budget deficits and falling government revenues, passed a resolution stating that the tax package should not come to the floor of the House for consideration in its current form. Oregon Rep. Peter DeFazio introduced the resolution.

Peter Welch of Vermont was among those who balked at what he said amounted to "acceding to Republican demands to extend the Bush tax cuts to millionaires and billionaires."

"If it's take it or leave it, we'll leave it," said Lloyd Doggett of Texas, while Washington's Jim McDermott said, "It's a pretty clear message: We don't like the bill."

The voice vote in the caucus was quite lopsided. Shelley Berkley of Nevada told reporters afterward that "one person voted against it. That would be me."

The vote derailed what had seemed to be a grudging Democratic movement toward the tax package, and it wasn't clear how much the deal would need to change for lawmakers to accept it.

Asked what happens next, James Clyburn of South Carolina, the No. 3 person in the Democratic leadership, said, "I don't know. We'll wait and see." House Speaker Nancy Pelosi said talks between Democrats and the White House would continue "in the days ahead" before the tax-cut legislation is considered again.

"House Democrats share the president's commitment to providing the middle class with a tax cut to grow the economy and create jobs," Pelosi said, noting that the House passed a bill last week that did not include "a bonus tax cut to millionaires and billionaires."

If it's take it or leave it, we'll leave it.

In an exclusive NPR interview, President Obama said he expected a deal on the tax cuts to be enacted without major changes.

"My sense is that there are going to be discussions between both House and Senate leadership about all the final elements of the package," Obama told Morning Edition co-host Steve Inskeep in an interview that airs fully Friday. "Keep in mind, we didn't actually write a bill. We put forward a framework. I'm confident that the framework is going to look like the one we put forward."

Obama had warned Democrats that the fate of the measure would determine whether the economy "moves forward or backward."

A spokesman for House Republican leader John Boehner of Ohio noted that Obama has said failing to stop all of the tax hikes scheduled for Jan. 1 would have serious consequences for the economy. "House Republicans agree," said the spokesman, Michael Steel.

Although 54 House Democrats had written a letter to Pelosi stating that they opposed the deal, several party lawmakers had predicted that it would eventually pass.

Rep. Barney Frank of Massachusetts said earlier Thursday that he expected that the tax cut compromise would be passed by "virtually all the Republicans and a minority of Democrats." He added that he planned to vote against it.

House Majority Leader Steny Hoyer of Maryland warned that  "We're going to have an increase in taxes on working Americans ... if we continue to have gridlock."

Another sticking point with Democrats has been an exemption for the first $5 million of a deceased person's estate, and to tax the rest at 35 percent. Congressional Democrats want a 45 percent tax rate on anything above $3.5 million. Without congressional action, the estate tax would revert to an even higher rate: 55 percent on estates valued above $1 million.

The lame-duck Congress was also poised to decide the fate of several other key pieces of legislation on spending, military policy and immigration.

Senate Democrats responded to GOP objections by temporarily setting aside consideration of the "DREAM Act" -- a controversial measure to provide illegal immigrants who arrived before age 16 a path to U.S. citizenship.

President Obama and Hispanic activists have supported the bill, which passed the House by a 216-198 vote on Wednesday after heated arguments from Republicans, who have labeled it an amnesty for illegal aliens.

Democrats say they will try to move the House-passed version after the Senate acts on the spending and tax-cut measures. Republicans have said they won't agree to consider anything else until those issues are addressed.

The bill would give hundreds of thousands of undocumented immigrants brought to the United States as children a chance to gain legal status if they enroll in college or join the military.

A spending bill to keep the federal government operating through next September is now in the hands of the Senate after it passed the House on Wednesday night by a narrow 212-206 vote.

The House version of the omnibus bill caps the annual operating budgets of federal agencies at $1.2 trillion -- a $46 billion cut from President Obama's request. It also includes $159 billion to run the wars in Afghanistan and Iraq.

Senate Democrats are working on a different approach that would provide slightly more money and would include thousands of pet projects sought by lawmakers. Republicans have threatened a filibuster.

An earlier version of this story incorrectly paraphrased House Majority Leader Steny Hoyer as saying Democrats had no choice but to accept the tax package.