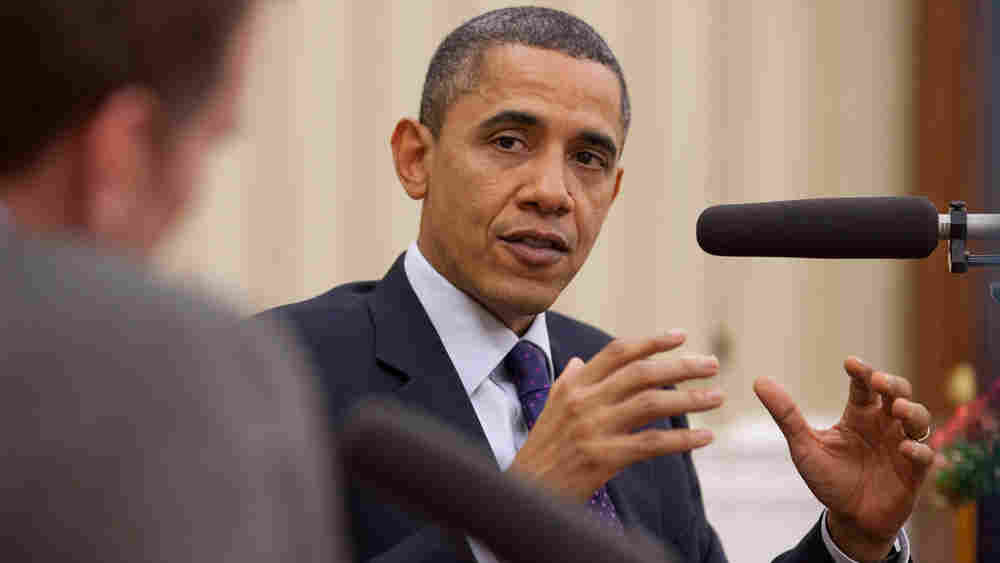 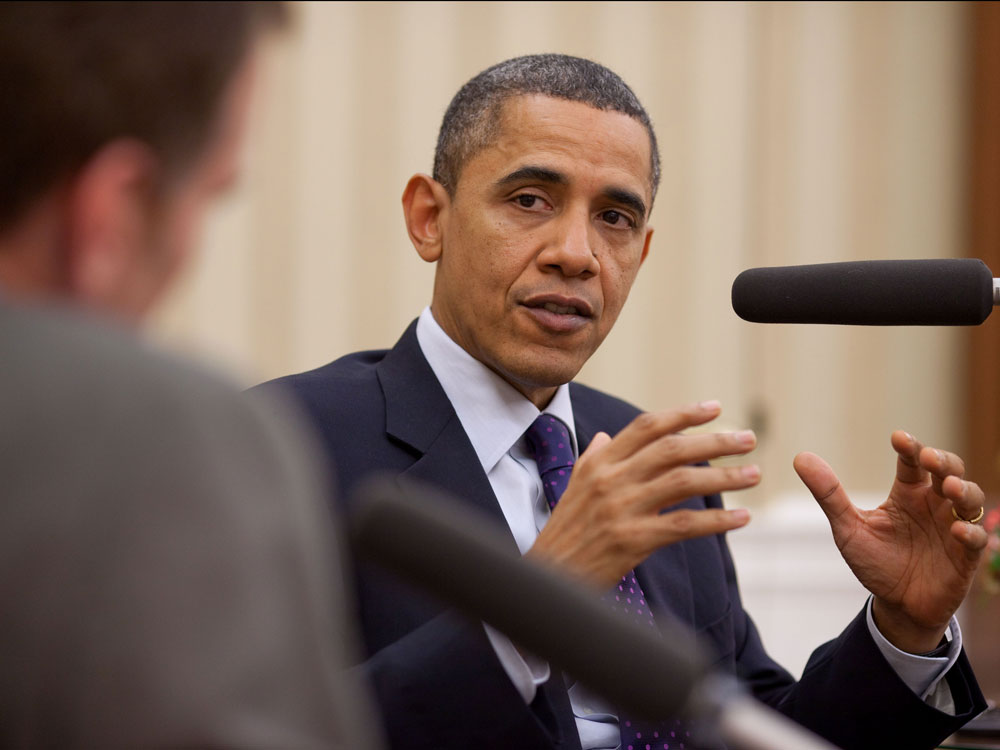 In the face of strong opposition from members of his own party, President Obama says that he's confident lawmakers will eventually approve a tax cut deal he negotiated with congressional Republicans.

"Nobody -- Democrat or Republican -- wants to see people's paychecks smaller on Jan. 1 because Congress didn't act," the president said Thursday in an interview with NPR's Morning Edition.

Obama spoke after House Democrats voted to reject the deal in its present form. The plan includes a two-year extension of Bush-era tax cuts even for income above $250,000 and a lighter government levy on multi-million-dollar estates -- both are provisions that many Democrats strongly object to. The deal would also extend jobless benefits for 13 months for the long-term unemployed.

On why he thinks the framework of the tax cut deal will survive in Congress:

'Nobody -- Democrat or Republican -- wants to see people's paychecks smaller on Jan. 1.'

On explaining the extension of the tax cuts for the rich to average Americans:

'I think they're not a smart thing to do ... The problem is, is that this is the single issue that the Republicans are willing to scotch the entire deal for.'

On the prospects that Senate will ratify START, the nuclear nonproliferation treaty with Russia:

The president told host Steve Inskeep that he expects further discussion among House and Senate leaders, but no big changes in the broad outline of the tax cut plan.

"Keep in mind, we didn't actually write a bill," he said. "We put forward a framework.  I'm confident that the framework is going to look like the one that we put forward."

Obama defended provisions of the framework that extend middle-class tax cuts and jobless benefits, even though winning Republican support forced him to backpedal on his campaign pledge to let the tax cuts for wealthy Americans expire.

"The issue here is not whether I think that the tax cuts for the wealthy are a good or smart thing to do. I've said repeatedly that I think they're not a smart thing to do," Obama said. "At the end of the day, people are going to conclude we don't want 2 million people suddenly without unemployment insurance and not able to pay their rent, not able to pay their mortgage."

The president also pointed to economic forecasts that the plan will boost economic growth, in part by reducing payroll taxes by two percentage points, leaving an extra $120 billion in workers' pockets next year.

Listen To Steve Inskeep's Full Interview With The President

"I think that people are also going to understand that the single most important thing we can do for all of our constituencies is to make sure that the recovery that is taking place right now gets stronger," Obama said.

While acknowledging that borrowing hundreds of billions of dollars to finance the plan will worsen the federal debt, the president argued that "the single most important thing we can do for deficit reduction is actually expand economic growth." He said that the focus should be on cutting down the nation's medium- and long-term debt.

"When we look at the deficit and the debt, I think it's important to understand this doesn't need to be Armageddon," Obama said. "This is not a situation where we've got to slash and burn everything. It does mean we've got to make choices. And it means that discussions have to be serious and they've got to be based on fact."

If the tax cut deal is eventually approved, the president said he would use the two-year window to push for a broader overhaul of the tax code, as several deficit reduction panels have recommended.

"Simplifying the system, hopefully lowering rates, broadening the base -- that's something that I think most economists think would help us propel economic growth," Obama said. "But it's a very complicated conversation."

He stopped short of endorsing the proposal of his own deficit commission to scale back or eliminate the popular tax deduction on mortgage interest payments.

While Congress is preoccupied for now with the tax-cut deal, the president still hopes to win Senate ratification for a new START arms control agreement with Russia during the lame duck session. Senate Republicans may be more willing to go along, if they get their way on taxes.

"My understanding with them is that START is going to be called," Obama said.  "And I am urging them to vote for the ... treaty."