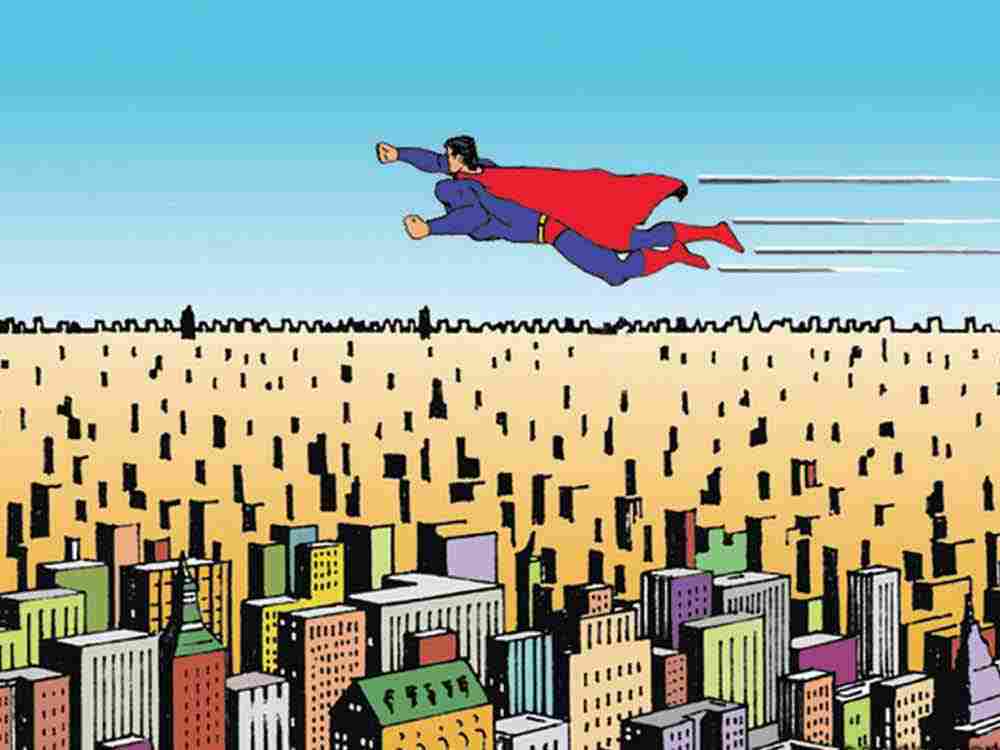 Michael Daugherty draws inspiration from the comic books he enjoyed when he was young. Naxos Records hide caption 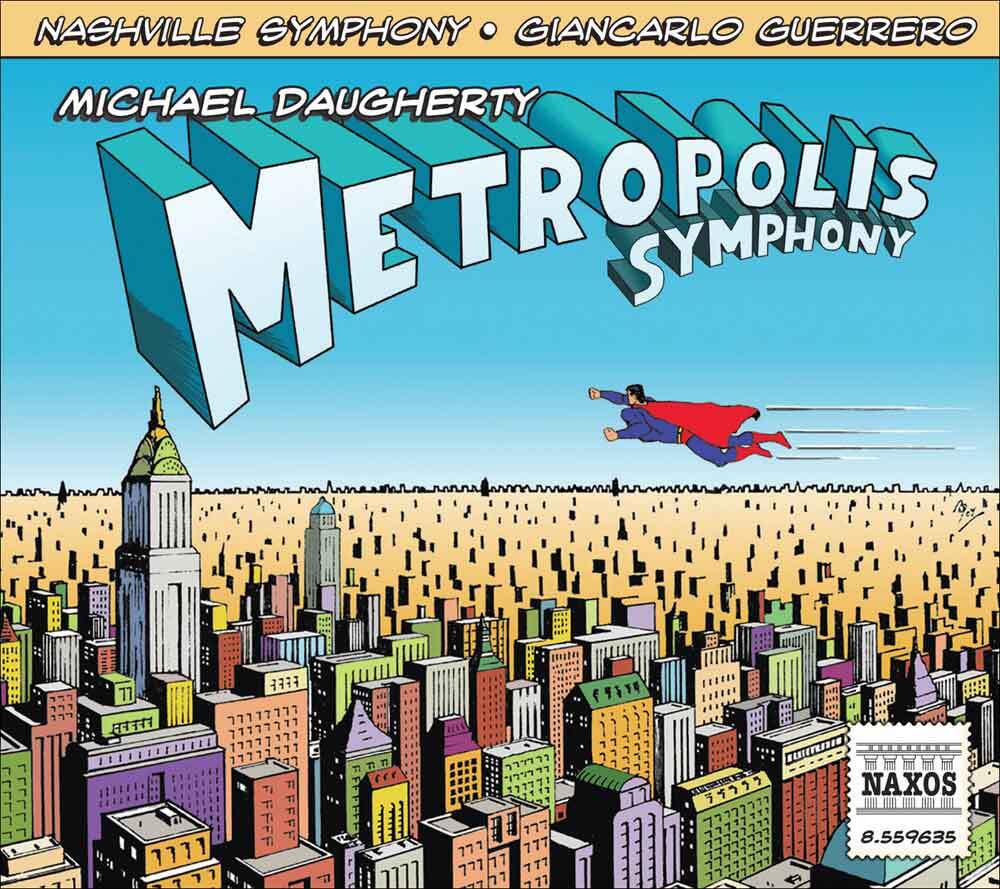 Michael Daugherty draws inspiration from the comic books he enjoyed when he was young.

Michael Daugherty hit the jackpot at this year's Grammy nominations. A recording by the Nashville Symphony of two of his pieces, Metropolis Symphony and Deus Ex Machina, is up for five awards. That's particularly impressive given that Metropolis Symphony was written in the late 1980s.

Daugherty says that when he wrote the piece, most composers were writing abstract music. "Sometimes when you compose a piece, it can be a little bit ahead of its time. And that could be the case [with this symphony]," Daugherty says. "I thought it would be a good opportunity for me to go back to the days when I read the comics."

Though Metropolis Symphony is inspired by Superman, it doesn't focus exclusively on the man himself. "It's about the people around him, the environment around him," the composer says. "Only at the end, the 'Red Cape Tango' — the death of the Man of Steel — do we look directly at him."

The fourth movement, "O, Lois!" is a reference to Lois Lane, Superman's love interest and fellow reporter. It's the fastest of the movements — in fact, the tempo marking at the beginning reads, "faster than a speeding bullet." It's also perhaps the most overtly cartoonlike music in the composition. Daugherty says he drew inspiration from pop art and television shows such as Batman.

More Powerful Than A Locomotive

The second half of the record features a more recent Daugherty composition, finished in 2007, titled Deus Ex Machina (Latin for "god out of the machine"). It's essentially a piano concerto that Daugherty says was heavily influenced by trains.

"I've always been fascinated by trains," he says. "Where I lived in Cedar Rapids, Iowa, on the second floor in my bedroom, the window would be open at nighttime, and I would always hear the trains coming through, with the train whistle. I thought this was a great opportunity to write a piece about that."

The second movement is about a specific train: the seven-car train that transported Abraham Lincoln's body. It started its journey in Washington, D.C., then passed through various cities across the U.S. on its way to its destination in Illinois. Along the way, hundreds of thousands of people viewed the slain president.

"This was really the first president's funeral that traveled," Daugherty says. "Lincoln was the person who allocated federal funds to build the train system in America. So it was his vision as president to provide the funding for a national train system."

The first minute of the movement begins softly in the piano and builds up slowly with horns and chimes.

"At the beginning of the piece, the piano's playing very slowly, because the train is moving slowly," Daugherty says. "And then finally we hear taps come in."

Daugherty conducts extensive research for every work he composes. To get a sense of what people might have felt like when they witnessed the funeral train passing through, he visited Gettysburg, Pa., where Lincoln gave his historic address.

"I walked around Gettysburg for a day," Daugherty says. "And by being in that environment, I came up with the idea for this movement."

And the idea for the Metropolis Symphony?

"Walking around New York City will always inspire anyone to write something," he says.