Accessibility links
GM Accelerates Toward Chinese Business, Plug-Ins GM's successful IPO raised billions of dollars and allowed the government to cut its stake in the automaker by half. CEO Dan Akerson says the company is committed to boosting production of the Volt -- its plug-in electric car -- and to reaping huge profits from selling cars in China. 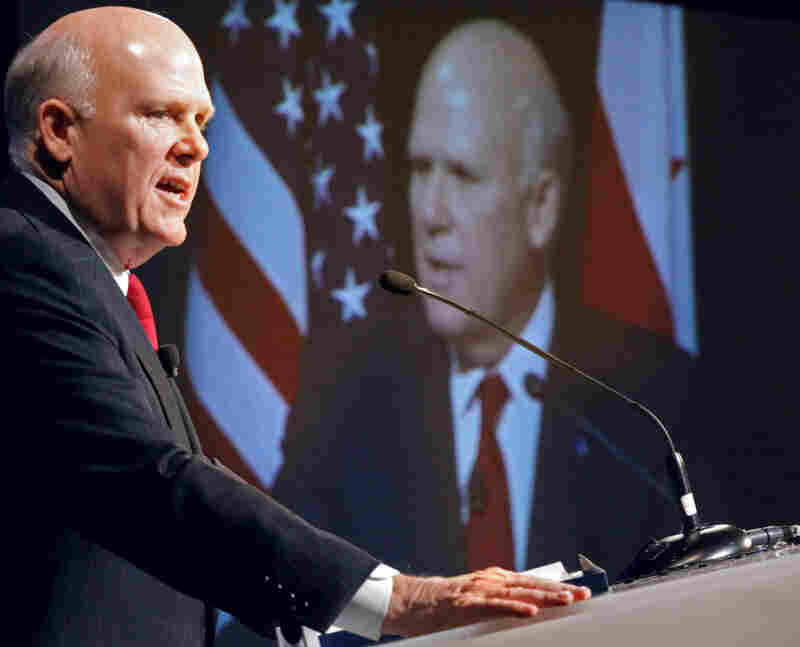 CEO Dan Akerson says the new GM is one of the few companies that have been able to reap huge profits from China. Chip Somodevilla/Getty Images hide caption 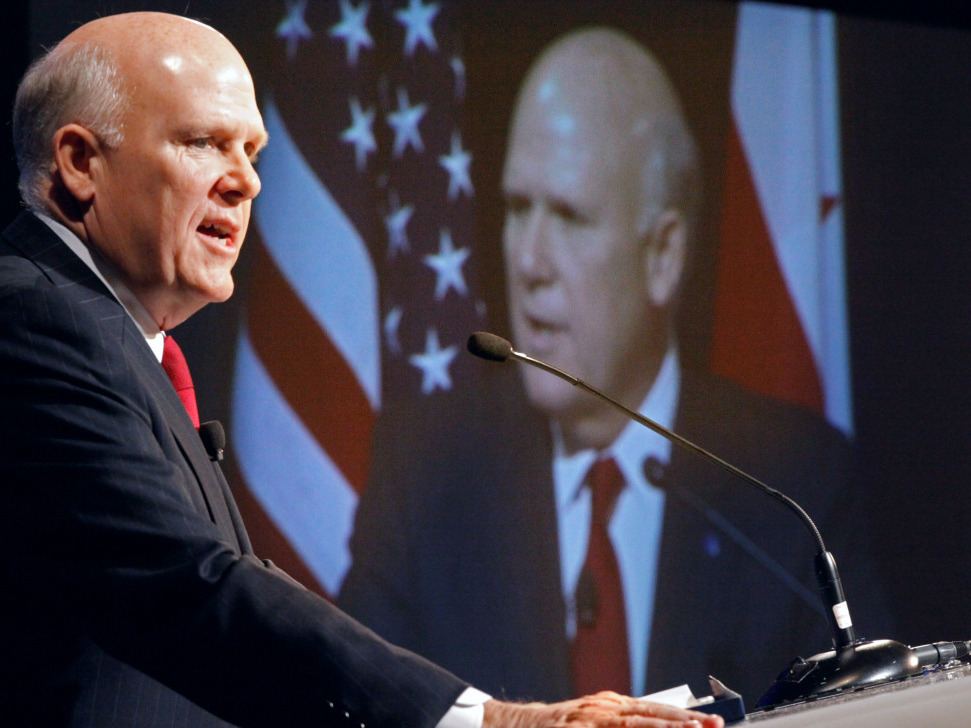 CEO Dan Akerson says the new GM is one of the few companies that have been able to reap huge profits from China.

Two years ago, General Motors was on the brink of bankruptcy. But the U.S. government stepped in and took control.

Since then, as part of its restructuring, GM shed thousands of jobs and billions in debt. And last month, the company took the first step in shedding its "Government Motors" image by launching a successful IPO, which raised billions of dollars and allowed the government to reduce its stake in GM by half.

GM's CEO, Dan Akerson, who began work in August, says the company is committed to launching the Volt -- its plug-in electric car -- and to reaping huge profits from selling cars overseas in China and other emerging economies, including India and Russia.

"We like to manufacture where we sell because it takes the risk of foreign currency translation out of the equation," Akerson tells NPR host Robert Siegel. "And to be a little bit more specific, we should sell about the same number of cars -- manufacture about the same number of cars -- in North America as we do in China this year, so we haven't quite surpassed it. But cars that are purchased here, in large measure, will be made in North America."

Akerson says all costs associated with manufacturing and R&D for the cars it sells in China are funded out of GM's China operation.

"So, there's no money flowing to the country of China," he says. "In fact, as I remarked to one government official: 'How many companies in America are actually getting a billion dollars sent from China back to the United States?' And GM is one of the few."

In the past year, the Detroit automaker hired 7,000 people -- a number Akerson says is likely to grow when the company sees "greater sales volume throughout North America." And last week, GM said it would hire 1,000 engineers to support the Volt.

Despite substantial consumer demand for the Volt, the company only expects to have about 10,000 out by this time next year. So, is it just an interesting sideshow for GM with little mass-market potential?

"We originally had programmed about 10,000, but we want to get it to 100,000 to 200,000 by the next three to four years," Akerson says. "It isn't a sideshow; it's absolutely critical to the electrification of the car. In fact, we think the Volt could be the iconic car of our generation -- not unlike the Mustang was for another generation."

The Volt's price tag is $41,000 -- and that includes a battery that lasts about 100,000 miles. But there are also the costs associated with charging the vehicle. A $7,500 tax credit helps offset the car's high cost.

Akerson says 80 percent of Americans drive no more than 40 miles per day, and the Volt's battery should carry drivers between 40 and 50 miles per day. So, most drivers won't require any gas, he says.

"I think it's important to recognize that this is a first-generation breakout technology that really is a moonshot. In fact, Motor Trend said, 'We expected a science project and we got the moonshot.' "

Akerson says costs will come down -- just as they have declined for digital photography -- with economies of scale in production. He says GM won't need the $7,500 tax credit in the longer term.

Too Big To Fail?

He says GM is taking away lessons from the bailout and the company's successful IPO.

"First of all, on behalf of the company and all of its employees, I'd like to thank the American public for their assistance," Akerson says. "We do not want to be a ward of the state, and we've made tremendous progress. We've refunded -- in terms of preferred shares and debt and equity to our saviors, in a sense -- over $32 billion since the bailout."

GM proved that it was big enough to fail, he says, adding that the government's intervention demonstrated the importance of jobs and people.

"For the first time in many generations our cost structure is equivalent to the foreign transplants," Akerson says. "So, indeed it's now time for the best car to win."