Accessibility links
Paloma Godoy And Cory Wong: Peruvian Passion Recorded in a shop in Lima during a short closing time, and without the amenities afforded by a proper recording studio, a cover of the Afro-Peruvian classic "Quizas Un Dia Asi" demonstrates once again that less can be more. 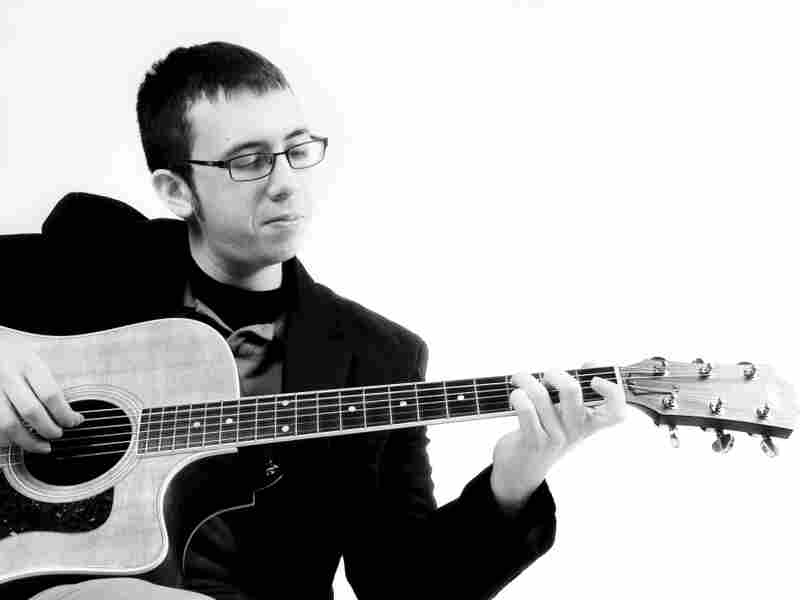 Cory Wong, one of the main forces behind the Secret Stash label, is an unlikely collaborator in "Quizas Un Dia Asi": He was first exposed to Afro-Peruvian music in 2007, and didn't know singer Paloma Godoy until sometime in the last year. But he's been a quick study since he convinced his team to travel to South America and document the sounds there.

Wong and crew met Godoy while at a music festival in Lima, and together, they provide the only sounds in "Quizas Un Dia Asi." She gives an arresting vocal performance, while he provides the record's other presence, a sublime melody that he'd transcribed from a few different records he picked up in Peru. Gone are the cajons, the dueting guitar partner and the backup singers; instead, Wong's beautiful plucking introduces the track as it breezes by. Its 3/4 time signature, common with a Peruvian waltz, provides a gentle sway. The song itself is a classic in Peru -- made popular by Chabuca Granda, a fixture in the Afro-Peruvian and Peruvian Criollo scene. Detailing the spiritual journey of a couple entering into a covenant between themselves and God, the performance is ideally suited to such intimacy.

Recorded in a shop in Lima during a short closing time -- and without the amenities afforded by a proper recording studio -- it's a testament to the stripped-down approach, demonstrating once again that less can be more. There is no overthinking, oversinging, overemoting or overplaying. But passion oozes from the outset, erasing the gap in familiarity to nail the performance -- a feat that's often lost on artists with longer résumés and deeper pedigrees.