Accessibility links
A Murder Mystery For Sherlock Holmes Fans To Solve In the new novel The Sherlockian, the death of Sherlock Holmes so outrages his fans that one day, Sir Arthur Conan Doyle receives a letter bomb. He and Dracula author Bram Stoker launch an investigation, but more than a century later, a group of fans finds the mystery has only grown. 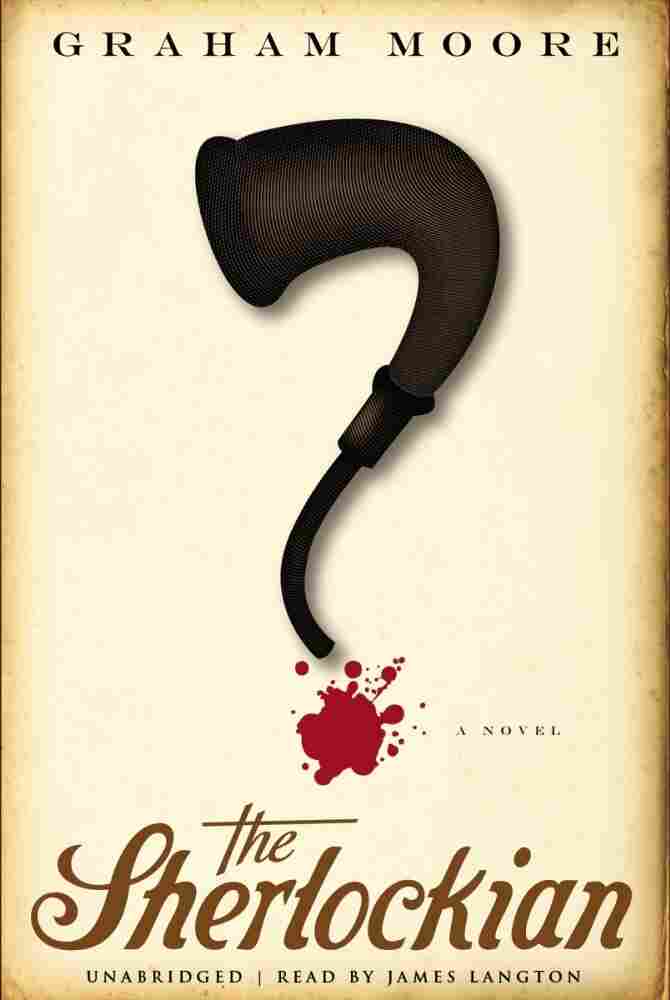 In 1893, Sir Arthur Conan Doyle plotted to kill one of the most famous people in the world. Since Sherlock Holmes was a fictional character he created, the legal repercussions were nil.

But in The Sherlockian, the death of the great detective so outrages his fans that one day, Doyle receives a letter bomb. He and Dracula author Bram Stoker launch an investigation, but more than a century later, a group of fans finds the mystery has only grown.

The new novel is author Graham Moore's first. It flips back and forth between centuries as Doyle and Stoker, then the "Baker Street Irregulars" look for clues. Moore tells Weekend Edition host Scott Simon his book might be fictional, but the murder the story opens with is real.

"In 2004, a man named Richard Green -- who was a wonderful Holmes scholar -- was found dead under very mysterious circumstances," Moore says. In The Sherlockian, the world's leading Sherlock Holmes expert is discovered choked with his own shoelaces. The murder mystery leads a group of scholars and obsessives to put their own detective skills to the test -- just as it happened in 2004.

"Sure enough, various Sherlockians went to try and solve the crime," Moore says. Of course, what self-respecting mystery fan wouldn't?

Moore's own fascination with mysteries began in childhood, learning to read by passing Agatha Christie novels back and forth with his mother. Like every mystery fan, Moore always wondered if he could solve mysteries, too. "I think that everybody says, 'Yeah, I probably could,'" he says.

In his novel, Moore gives two amateur detectives that chance to sleuth their way through real crimes: Doyle and Harold White, a modern-day Sherlock Holmes fan who wears drip-dry suits and works in a Hollywood film factory. 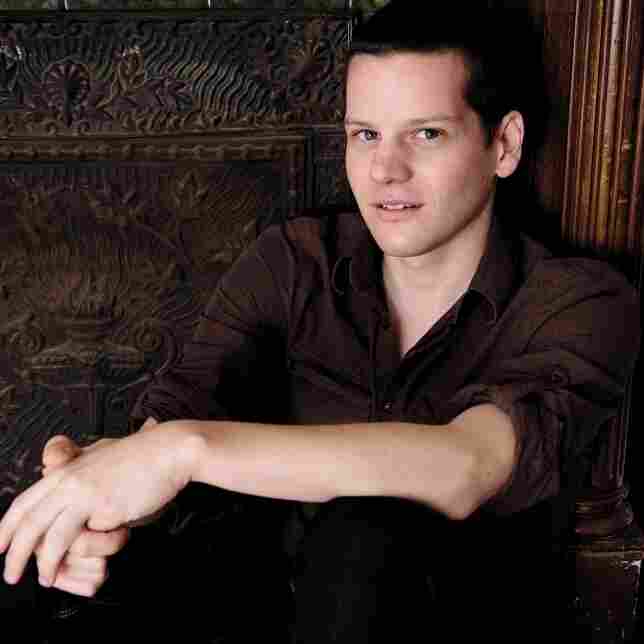 Graham Moore is a graduate of Columbia University, and currently lives in Los Angeles. The Sherlockian is his first novel. hide caption

"You take Harold White, a literary scholar, he's read all of the Holmes stories, and you take Conan Doyle, who wrote all of the stories, and they each try to best Holmes," Moore says. "[They] meet with varying levels of success.”

Doyle's competition with his own creation isn't fictional, either. Moore studied Doyle's personal correspondence as well as several biographies, and actually, the author despised Sherlock Holmes.

"He resented Holmes for being more famous than he was," Moore says. "He resented, in some ways, his own fans for adoring Holmes as much as they did. He delighted in killing off the characters as early as he did."

But Holmes' death didn't kill his legend. Moore says people are attracted to Sherlock Holmes and the entire mystery genre because it's comforting to think there's reason and cause behind life's events.

"When I think of Sherlock Holmes, I think of a guy who can wander into the confusion of life and sort of pluck out answers at will," Moore says.

"The enduring appeal of mystery stories for all of us is that the world is a pretty confusing place. There's a lot of really unanswered things, and perhaps the scariest notion would be that there might not always be answers out there for us."

So please grip this fact with your cerebral tentacle The doll and its maker are never identical.

Arthur Conan Doyle curled his brow tightly and thought only of murder.

"I'm going to kill him," Conan Doyle said as he folded his arms across his broad frame. High in the Swiss Alps, the air tickled Arthur's inch-thick mustache and seemed to blow straight through his ears. Set far back on his head, Arthur's ears always appeared to be perking up, listening to something else, something distant and behind him. For such a stocky man, he had a nose that was remarkably sharp. His hair had only recently begun to gray, a process that Arthur couldn't help but wish along. Though he was but thirty-three years of age, he was already a celebrated author. An internationally acclaimed man of letters with light ocher hair would not do so well as a wizened one, now, would he?

Arthur's two traveling companions ascended to the ledge on which he stood, the highest climbable point of the Reichenbach Falls. Silas Hocking was a cleric and novelist well known as far away as Arthur's London. His recent offering of religious literature, Her Benny, was a work Arthur held in high regard. Edward Benson was an acquaintance of Hocking's and was much quieter than his gregarious friend. Though Arthur had met the two men only this morning, over breakfast at the Rifel Alp Hotel in Zermatt, he felt that he could conﬁde in them safely. He could tell them of his mind, and of his dark plans.

"The fact is, he has gotten to be a kind of ‘old man of the sea' about my neck," continued Arthur, "and I intend to make an end of him." Hocking huffed as he stood beside Arthur, gazing at the vast expanse of the Alps before them. Tufts of snow melted yards beneath their feet into a mighty stream of water that had, millennia ago, driven a path through the mountain as it poured loudly into the frothing pool below. Ben-son silently pressed a mittenful of snow into a tight ball and dropped it whimsically into the chasm. The force of the wind tore bits off the snow­ball as it fell, until it disappeared in the air as a series of white puffs.

"Don't you think you're being rather rough on an old friend?" asked Hocking. "He's given you fame. Fortune. You two have made a hand­some couple."

"And in plastering his name across every penny dreadful in London, I've given him a reputation which far exceeds my own. You know I get letters. ‘My beloved cat has vanished into South Hampstead. Her name is Sherry-Ann. Can you ﬁnd her?' Or, ‘My mum had her purse snatched exiting a hansom in Piccadilly. Can you deduce the culprit?' But the thing of it is, the letters aren't addressed to me -- they're addressed to him. They think he's real."

"Yes, your poor, admiring readers," pleaded Hocking. "Have you thought of them? People seem so terribly fond of the fellow."

"More fond of him than of me! Do you know I received a letter from my own Mam? She asked -- knowing I would of course do anything she ever required -- she asked that I sign the name Sherlock Holmes to a book for her neighbor Beattie. Can you imagine? Sign his name rather than my own. My Mam speaks as if she's Holmes's mother, not mine. Gah!" Arthur tried to contain his sudden burst of anger.

"My greater work is ignored," he continued. "Micah Clarke? The White Company? That charming little play I concocted with Mr. Bar­rie? Overlooked for a few morbid yarns. Worse still, he has become a waste of my time. If I have to concoct another of those tortuous plots --  the bedroom door always locked from the inside, the dead man's inde­cipherable ﬁnal message, the whole thing told wrong end ﬁrst so that no one can guess the obvious solution -- it is a drain." Arthur looked to his boots, showing his weariness in his bowed head. "To put it frankly, I hate him. And for my own sanity, I will soon see him dead."

"How will you do it, then?" teased Hocking. "How does one go about killing the great Sherlock Holmes? Stab him in the heart? Slit his throat? Hang him by the neck?"

"A hanging! My, are those words a balm upon my mind. But no, no, it should be something grand -- he is a hero, after all. I'll give him one ﬁ nal case. And a villain. He'll be in need of a proper villain this time around. A gentlemanly ﬁght to the death; he sacriﬁces himself for the greater good, and both men perish. Something along those lines." Benson pounded another snowball into being and lobbed it gently into the air. Arthur and Hocking watched its open-ended arc as it vanished into the sky.

"If you want to save on funeral expenses," Hocking said with a chuckle, "you could always toss him off a cliff." He looked to Arthur for a reaction but found no smile on his face. Instead Arthur curled his brow in the tight-faced frown he wore when he was in the midst of his deepest thinking.

He gazed at the jaws of the chasm below. He could hear the roar of the falling water and the violent crush it made at the mouth of the rock-speckled river. Arthur felt himself suddenly terriﬁed. He imagined his own death on those stones. Being a medical man, Arthur was more than familiar with the frailty of the human body. A fall of this height. . . His corpse banging, slapping against the rocks all the way down. . . The dreadful cry caught in his mouth . . . Torn limb from limb on the crust of the earth, the wisps of grass stained with his blood . . . And now, in his thoughts, his own body vanished, replaced by someone leaner. Taller. A thin, underfed ribbon of a man, in a deerstalker cap and long coat. His hard face obliterated, once and for all, on a spike of gunmetal stone. 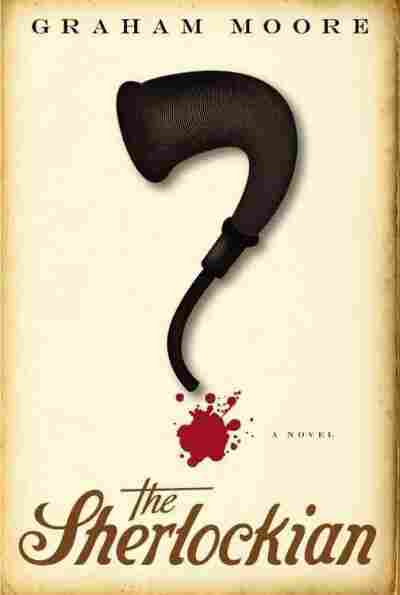