Accessibility links
Agnostic Holidays: Green With 'Spiritual Envy'? A new book tries to describe the inner terrain of agnostics who crave spiritual lives but don't necessarily find them in religion. It just might offer comfort for those who wander during the holiday season.

Journalist Eric Sevareid had a nice phrase that might be applied to many agnostics. He once wrote, "I hope that I have not only the courage of my convictions, but of my doubts."

Michael Krasny has a new book that tries to describe the inner terrain of agnostics who crave spiritual lives, but don't necessarily find them in religion. The book is called, Spiritual Envy: An Agnostic's Quest. It just might offer comfort for those who wander during the holiday season. 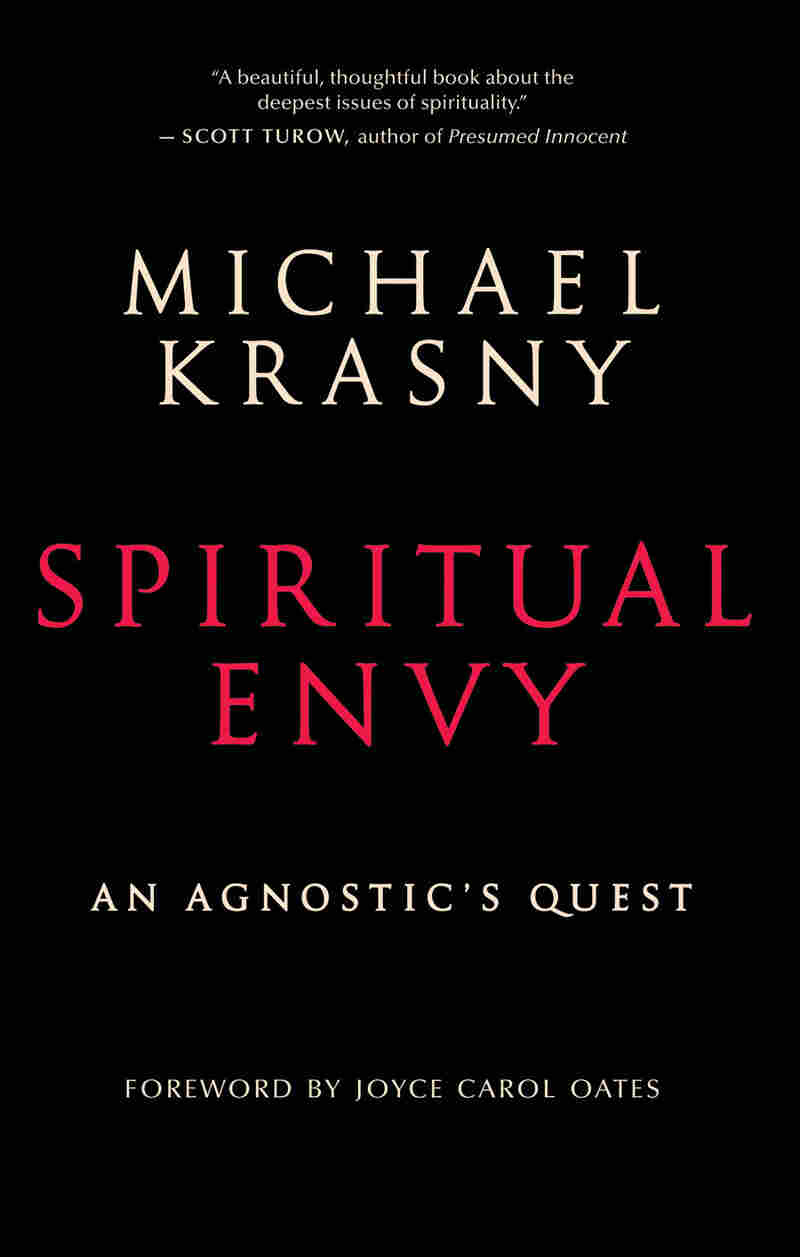 After I published my memoir, Off Mike: A Memoir of Talk Radio and Literary Life, I began to think a lot about goodness. I had written about wanting, as a young man, to find an answer to the question of how a good man should live, which had first struck me with considerable impact when I read the work of Nobel Prize–winning novelist Saul Bellow. But the question that intrigued me even more, I realized after my book came out, was: why choose to be good?

Why strive for goodness? The answer for many nonbelievers is either humanism or a secular code of their own, but for most the answer has traditionally led to or been based on faith. I began to wonder if I could or should write about faith even though my adult life has been more about seeking than finding. Sam Harris had published The End of Faith, in which he made a number of estimable points in his screed against faith. But I recalled a conversation I had had with Daniel Goleman, the author of Emotional Intelligence, in which he told me, "I know Sam. He's an ideologue." "Yes!" I thought, "and so are most of the new wave of atheists who offer screeds against faith and excoriate religion and its bloody history and the cruel and despicable deeds done in its name." Harris said, "Science must destroy religion"; atheist Richard Dawkins compared religious education to child abuse; while Christopher Hitchens, the author of God Is Not Great, spoke of the need to prepare for a war against religion.

I could not call myself a man of faith, but if ideology-smitten atheists could write of faith, why not a skeptic who envied those who, without being coercive or intolerant, were fortunate enough to have it? I had not made the leap to faith since losing it somewhere between adolescence and young adulthood. Moreover, I was bereft of answers. I had been, for most of my adult life, in a state of uncertainty about age-old metaphysical questions concerning God's existence, good and evil, spirituality, and the meaning of life, questions that matter greatly to thinking people. But I also wasn't willing to call myself a nonbeliever, because I wasn't certain about the accuracy of characterizing what I had as the absence of belief. I was, I realized, a doubter, an agnostic, and, like perhaps hundreds of thousands of others, a seeker.

Mostly I have sought knowledge, with the hope that knowledge would lead to the kind of faith that would undergird my existence. I longed to find answers, to pierce, even momentarily, the veil that prevents us from understanding the essential questions of our existence. Is there a higher power? If so, what is its nature or way of manifesting? Was Moses given commandments on Sinai? Should we obey those commandments even if we cannot know or be certain of God or of his having handed them down? If we cannot know or be certain of God, can we determine, without God, what is moral or good? Where or how do we find meaning?

Who was I to take on such monumental and elemental questions? It was true that I had spent my adult life seeking answers to these questions and leading conversations on nearly every imaginable topic with some of the world's greatest writers and thinkers, both as a university professor and as host of a popular public radio program. But to try to bring light to timeless and essential questions about our existence seemed at best a foolish endeavor and at worst an exercise in hubris and futility. Yet some indeterminate force was driving me to write about these matters, and I realized that if there was indeed an article of faith I believed in, it was the notion that writing brings insight and ultimately, even profoundly, affects thought and discourse. How do we know, when we write or paint or sculpt or talk on the radio or do good works, that we are not tapping into a mystery beyond our unconscious? Is there a way to determine what a higher purpose is or can be?

I was struck by a memorable line from the British writer Julian Barnes, who said, "I don't believe in God but I miss him." That statement resonated for me, not so much the part about not believing, but the part about missing. As a boy I was certain God was with me, watching over me, a friend and confidant I could rely on. I knew he was there for me, wherever "there" happened to be. I believed in God even when I got the worst beating of my life from my sixth grade teacher, a cockney Brit who would erupt in rage and haul me into the boy's bathroom for a flurry of slaps and punches and kicks, and who, on one occasion, thrust my eleven-year-old head into the toilet for a cruel dunk. Because I was a kid who misbehaved, I felt the physical abuse I received was justified and my bad behavior its cause. Which is why I never told anyone, including my parents. But I was intelligent enough to dedicate myself to reforming my behavior so I wouldn't continue to be taken to the boys' restroom. I let it be known that I was the new Michael Krasny, a Michael Krasny who had metamorphosed into a good boy.

I became my teacher's helpmate, staying late after school and assisting him with cleaning the room, putting up and taking down class drawings, and doing anything else he bid me to do. I did these good-boy deeds cheerfully and dependably because I wanted his goodwill and approval. I was determined to make him know I could be good, and thus stave off his violence and see it replaced by a teacher's affection. It worked until one day after school when I was carrying a bucket of paint for him to another sixth grade classroom. I slipped and helplessly watched as the bucket toppled over and yellow paint flowed down the elementary school corridor like a miniature river. My teacher saw it all while hastening out of the classroom for a cigarette, and he erupted into a rage that led to the most ferocious of all the assaults. I got a beating in the boys' room, followed by his ordering me to mop up the paint, which I did, suffering in silence, holding in my tears until I had finished and left the school grounds. Lest some-body see me cry, I waited until I got to a small wooded area near my home, where I was certain I could not be seen, and then sobbed convulsively, saying to myself, "I was being good. No one knows. But you do, God. You know."

This sad tale from childhood seems almost like a parable now. I was good, and being good was not supposed to bring punishment. God knew I did not deserve that beating. God knew I had slipped. God knew everything, and heard me when I told him I knew he knew. Even an unjust and cruel beating could not diminish my belief in him or his omniscience. I use this episode to highlight a child's faith that, even in the wake of trauma, was impossible to diminish. It wasn't until years later, when doubt began to seep in, that I asked the often-asked but never-answered question of how a just God could allow a defenseless child to be beaten. But the larger and more poignant question turns out to be this: how can I or anyone else make up for the loss of a God who once felt real, comforting, close, and personal. How does one fill that vacuum? 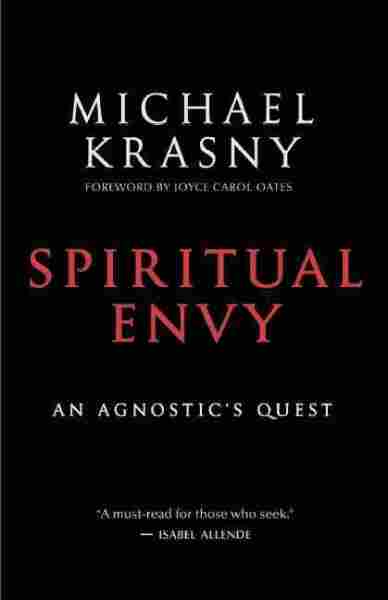