Accessibility links
The Fire And Wisdom Of Elizabeth Edwards Even as she battled cancer and grieved over the death of her teenage son, Elizabeth Edwards continued to speak out, embrace her family, and offer others the comfort of her courage and good sense. 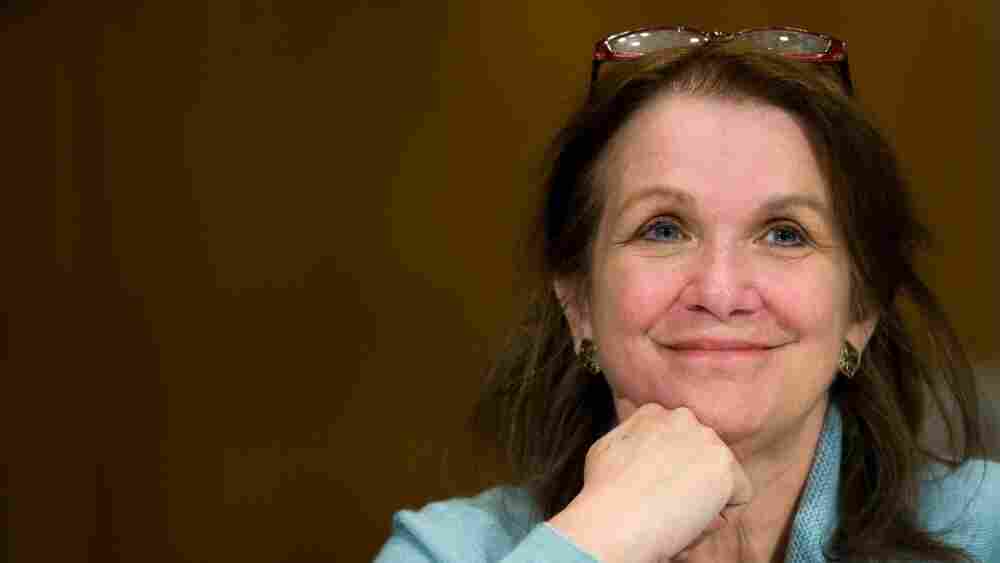 Elizabeth Edwards lost a son, lost her marriage, got sick and got scalded in the bright, hot light of fame. But anyone who is a parent will understand: After the death of a child, all other hurts seem small.

In 1996, strong winds overturned young Wade Edwards' jeep on a North Carolina highway. He died at the age of 16. Nothing overturns your faith in God, fairness, goodness or makes you ask why you should go on living, more than the death of a child.

"I had to reconcile the God I thought I had with the facts I knew," Elizabeth Edwards said in recent months. "I couldn't pray anymore for God to intervene, which means I can't pray for him to intervene in my cancer. Instead, the God that I came to accept promises salvation and enlightenment, and that's the God I live with now. It's not entirely the God I want, but it is the God I believe I have."

When her cancer returned in 2007, Elizabeth Edwards continued with her husband’s campaign for president. She said she couldn't let sickness thwart her work for what she thought was right, including a health care overhaul. She already knew death. Wade's loss made her want to pack meaning and striving into whatever life she had left.

She may have been hurt by her husband’s hound-dog ways or those quickie campaign histories that tried to puncture her image with things she might have said when she was anxious and pained. But her heart had been wrung out already.

Elizabeth Edwards shared a mutual admiration with Tony Snow, the conservative columnist who was President George W. Bush's press secretary, and had colon cancer. When he died in 2008, Elizabeth Edwards said that, "although we came to nearly every argument from opposite corners of the ring ... we each chose to reach for something larger than the life and body with which we were saddled."

For millions of Americans whose families live with cancer, Elizabeth Edwards demonstrated that people who bear disease still have life to cherish and give others, and maybe an extra jolt of fire and wisdom, too.

When people ask author Christopher Hitchens, who has esophageal cancer, how he is these days, he says, "I'm dying. So are you. The process has just accelerated on me." And so, as Mr. Hitchens continues to write, speak, inspire and enrage, Elizabeth Edwards continued to speak out, embrace her family and offer others the comfort of her courage and good sense.

It's apt to use a basketball term to remember someone who made her life in North Carolina: Elizabeth Edwards played the clock until the very last second. She was a ray of life.