Accessibility links
Review: Royal Thunder, 'Royal Thunder' From a state that's cultivated sludgy yet progressive and accessible metal bands like Baroness, the Atlanta hard-rock trio takes its '70s influences and proves that the slow burn can be sexy. 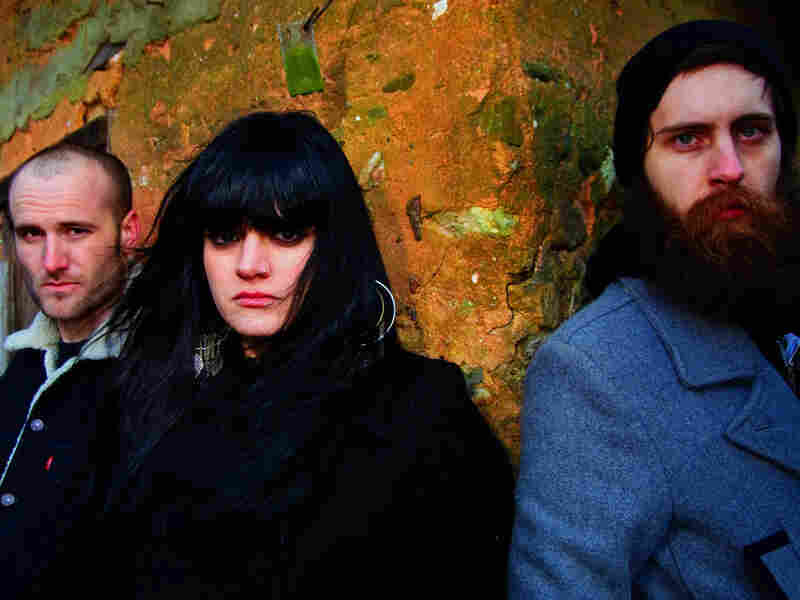 Nothing does this Georgia boy proud quite like the recent attention paid to the state's metal bands. Baroness, Zoroaster, Kylesa and Black Tusk have all cultivated sludgy yet progressive and accessible sounds that hearken back to the '70s rock gods of yore, yet remain firmly grounded in metal. The Atlanta hard-rock trio Royal Thunder would sit nicely on a bill with all of those bands — and often does — but has one advantage over its peers: Royal Thunder proves that the slow burn can be sexy.

The "slow burn" is a smoldering vamp, often overlaid by dramatically bent wah-wah guitar solos until it reaches a fever pitch. For Royal Thunder, the slow burn is a means for singer and bassist Mlny Parsonz let her sultry voice snake around Josh Weaver's bluesy and Dick Dale-whammied guitar and what seams like an endless mountain beat from drummer Jesse Stuber. "Sleeping Witch" and "Hotel Bend," then, smolder the most — you can almost hear Parsonz grind her teeth into the mic over a slow-motion arrangement . But the winner here is "Mouth of Fire," a revved-up Southern hard-rocker that howls like Led Zeppelin astride a psychedelic unicorn.

Technically, Royal Thunder self-released this seven-track album in late 2009, but it's now being reissued on Relapse Records. And, technically, it's an EP. But a 33-minute run time isn't uncommon among albums these days. Besides, a well-executed half-hour is almost invariably preferable to a drawn-out call for attention. And Royal Thunder is having none of that.

Hear Royal Thunder's self-titled debut here until its release on Dec. 21. Please leave your thoughts on the album in the comments section below.