Accessibility links
Interview: Ben Burtt and J.W. Rinzler - 'The Sounds of Star Wars' A new book chronicles how legendary sound designer Ben Burtt developed the clicks, whirs and otherworldly hums for the audioscape that revolutionized film soundtracking. The bonus, for movie buffs? It comes with a headphone jack and playable audio files. 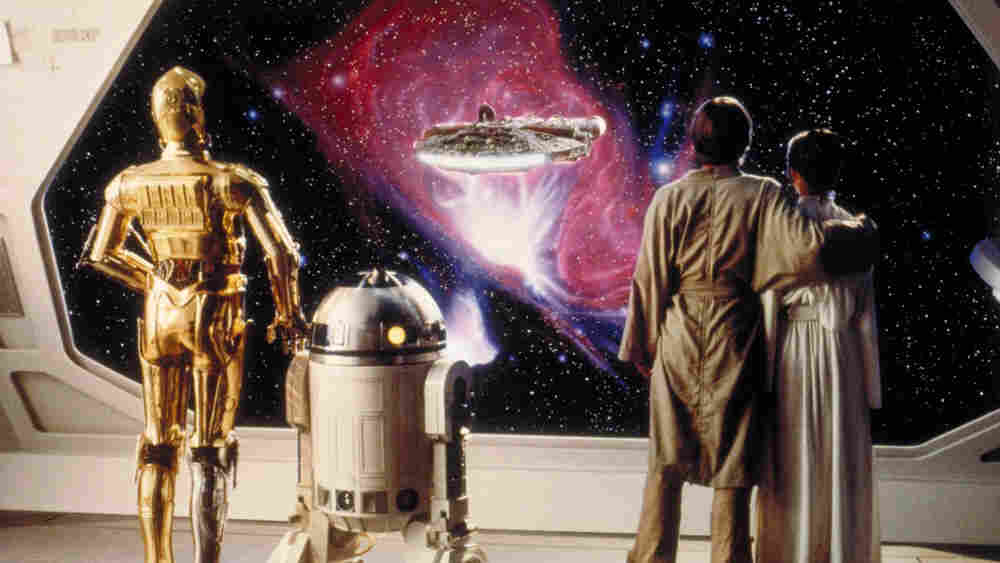 It takes only a few seconds of sound -- a spaceship launching, the familiar clash of lightsabers -- to know that you are positively not in Kansas anymore. These are the sounds of Star Wars -- from a long time ago, in a galaxy far, far away, three-dimensional in a way that envelops you and that has changed the way movie soundtracks get assembled.

Now the most celebrated of these sounds have been collected for a new book-and-audio collection, The Sounds of Star Wars, written by J.W. Rinzler and including a foreword by the architect of that audioscape himself: renowned sound designer Ben Burtt. 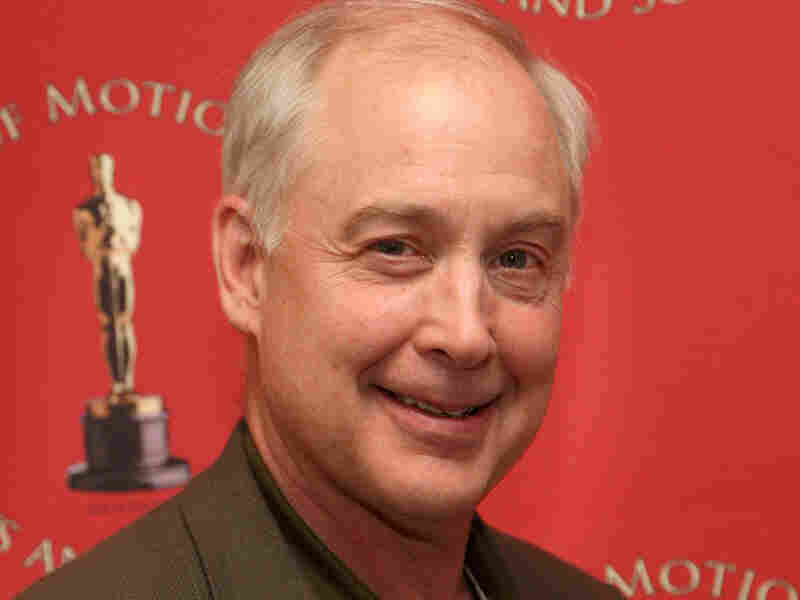 Burtt, the sound designer behind Star Wars, explains that the movies' sound effects are based in the real world rather than being fully computer-generated. Jason Kempin/Getty Images hide caption 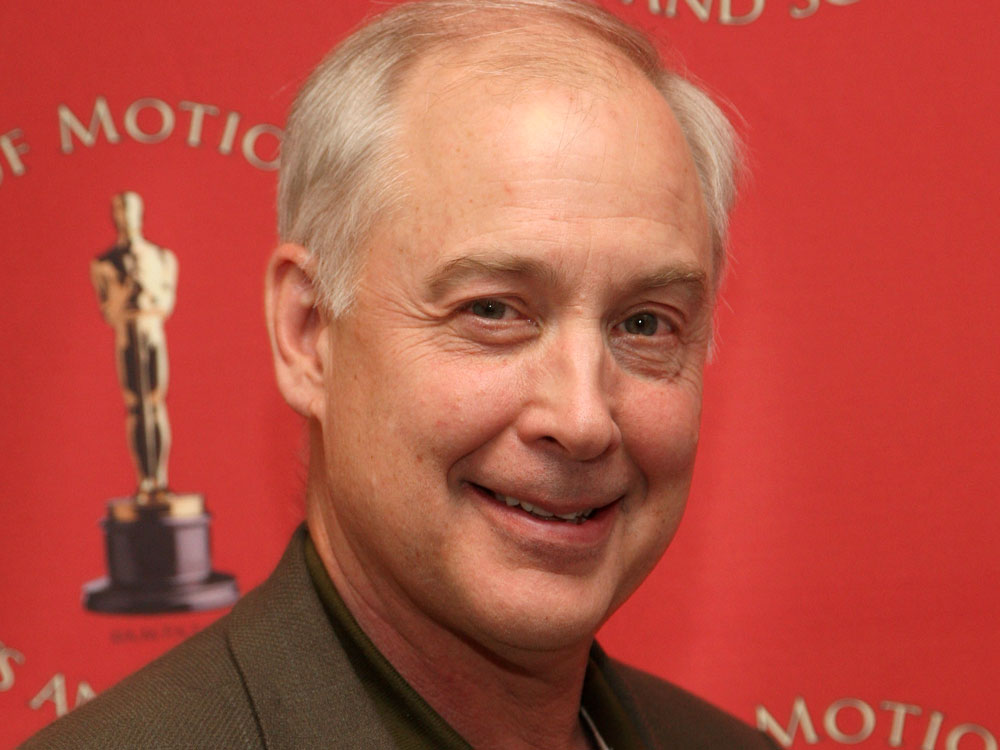 Burtt, the sound designer behind Star Wars, explains that the movies' sound effects are based in the real world rather than being fully computer-generated.

Burtt was the man who engineered that soundtrack revolution. Before the Star Wars movies, most sci-fi films relied on electronic sounds. But George Lucas wanted to depart from that direction, Rinzler tells NPR's Liane Hansen.

"He wanted his universe to sound real, kind of used -- ordinary, you might say, very natural," the author says. "So his suggestion was, 'Well, don't go to your synthesizers first and generate echoing electronic tones for me, but rather, go out into the real world with your tape recorder and record motors and animals and bring back familiar sounds, which we can modify into something otherworldly.'"

The task fell to Burtt, who started in his own apartment, "with the appliances, the blender in the kitchen -- that sort of thing."

"And I moved outward into the neighborhood, recording traffic through pipes under the freeway, and kept going until I found myself in the desert recording wild animals -- bears and things -- at a ranch," Burtt tells Liane Hansen. "I collected bits and pieces of sound from everywhere."

Hiking in the Poconos? On the beach near the L.A. airport? You'd be surprised where a good listener can find source material for singular sound effects:

Darth Vader's breathing is one of the most memorable sounds of the series -- a cue so iconic that it's still being referenced and parodied. (The trailer for the upcoming animated comedy Mars Needs Moms hangs a joke on it.)

"The script described Vader as wearing some kind of life-support suit that had machinery to keep him alive," Burtt says. So the designer famously went to a local dive shop to see what he could find.

"I just asked if I could go in the back room and record different scuba masks and regulators and things," he recalls. "I just spent an hour or so back there, trying out the different breathing apparatuses that were laying around. And ultimately that -- which was me breathing -- once brought back to the studio where it was slowed down a little bit, became the breathing of Darth Vader."

Burtt's biggest challenge, though, was figuring out how to give the astromech droid R2-D2 a voice that didn't feel too robotic.

"There wasn't any precedent in movies for a character like a robot that was to be so expressive, but not using words in English or any language," Burtt explains. "And I went to synthesizers at first, but the results sounded too much like a machine, just something cold -- it didn't seem to have a soul."

Burtt tried lots of approaches. He "auditioned" plenty of noise-making doodads. After a while, he and Lucas realized that as they'd struggled to define what they wanted to hear, they'd developed a repertoire of funny little bleeping noises -- verbal sounds that were beginning to take on the characteristics of a language.

"And suddenly one day I realized, 'Well, why don't we just do something like that?'" Burtt says. "And so I began to make my own sounds." 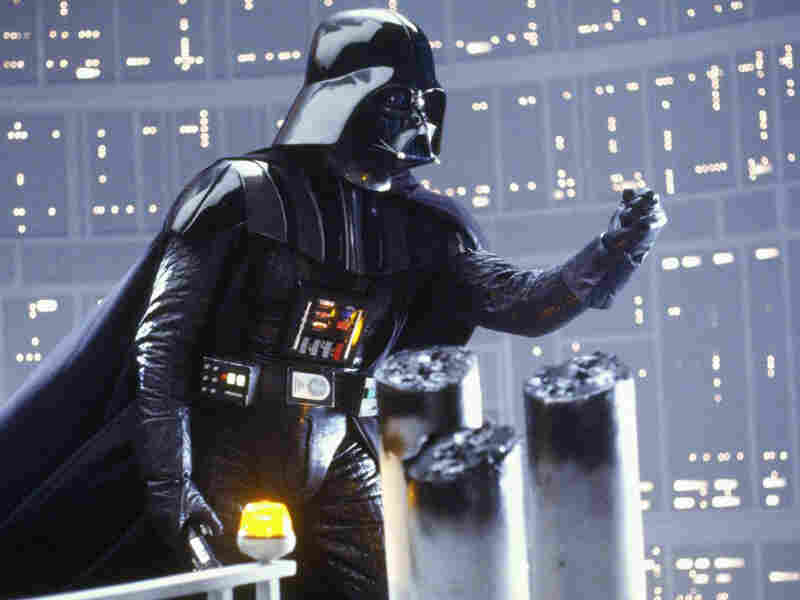 Darth Vader, shown in the Cloud City reactor shaft during The Empire Strikes Back, has an unforgettable breathing sound thanks to Burtt and some SCUBA equipment. Lucasfilm Ltd. & TM hide caption 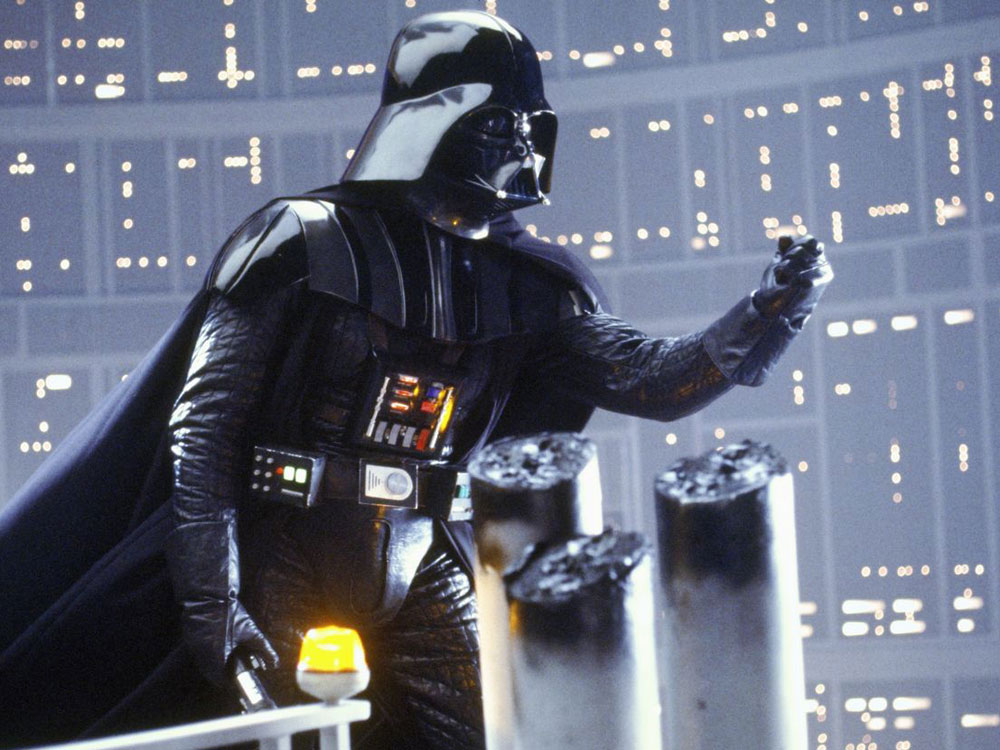 Darth Vader, shown in the Cloud City reactor shaft during The Empire Strikes Back, has an unforgettable breathing sound thanks to Burtt and some SCUBA equipment.

He blended them with noises he synthesized on the keyboard of an ARP synthesizer and "that ended up being the recipe, which was kind of 50 percent electronic and 50 percent human. R2's voice was born."

But R2-D2 didn't just need a voice; he needed to be able to scream. For that, the sound was 100 percent Burtt.

"I had a room in George Lucas' house where their offices were, but I was down in the basement," he remembers. "When I wanted to record something -- I didn't have a recording booth --  I used to get under a big table down in the room where I worked, with a microphone, and kind of curl up in a corner. And one day, I just made a scream. I just screamed. Maybe there was some stress behind it. That scream, sped up, is used pretty much straight up as R2-D2's scream."

Though The Sounds of Star Wars is a gold mine for Star Wars buffs, it's designed to appeal to more casual audiences as well.

"This book is meant to appeal to anybody who's interested in cinema or sound," Rinzler says.

The idea came from an outfit, Becker and Mayer, that had just published a birdsong book.

"They came to us at LucasFilm and said, 'You know, we think the technology is good enough so we could do a Sounds of Star Wars book,'" Rinzler says. "I contacted Ben, who was, I think, justifiably skeptical."

Burtt was afraid the explosions wouldn't sound right, but he came around eventually. When they decided to go ahead and do it, he suggested the book include an earphone jack.

"So kids can take the book to bed and get under the covers with their headphones and their parents won't know," he says, laughing.

Perhaps the most iconic, and most frequently imitated, sound from the Star Wars universe is the sound of the lightsaber.

"I think it really was the first sound that I made for Star Wars," Burtt says -- and it was one whose source he stumbled upon almost accidentally.

"I was a projectionist at that time at USC cinema, and there was a motor in the projection booth that had a humming sound when it just sat there idling. It had a very musical sound, a nice tone, almost a hypnotic tone. And I thought immediately that would be a good element for the lightsaber, so I recorded that motor. And a few weeks later I had an accident with a broken microphone cable, and the microphone picked up the hum from a nearby television. [It] had kind of a scintillating, angry buzz. Normally you throw that away, thinking it was a mistake, but I saved that picture-tube buzz, and I combined it with the sound of the projection motor, and the two sounds together became the basis for the sputtering hum of the light sabers."

The result? A noise that's pretty hard to forget.

"The actors in the more recent Star Wars prequels," says Burtt, "found that when they were fighting on the set they were making those sounds verbally -- unconsciously -- 'cause they might have done it as boys, from the original film."