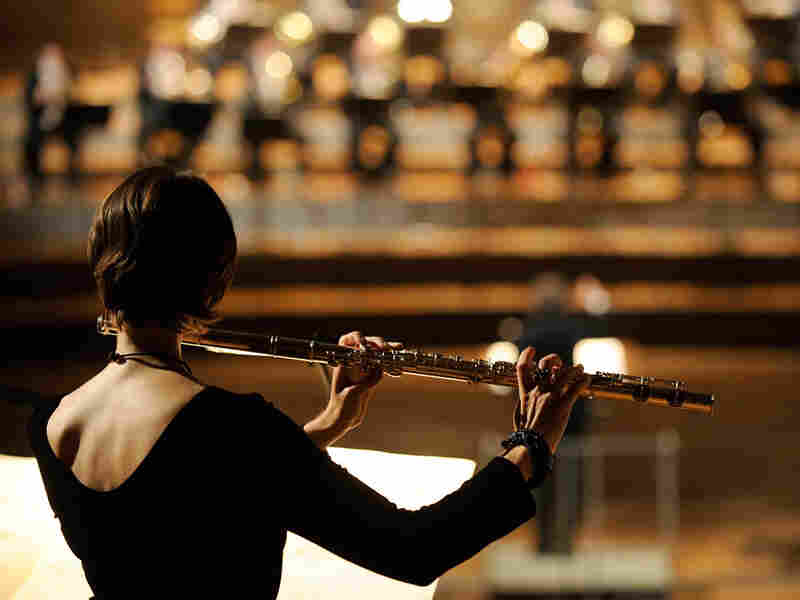 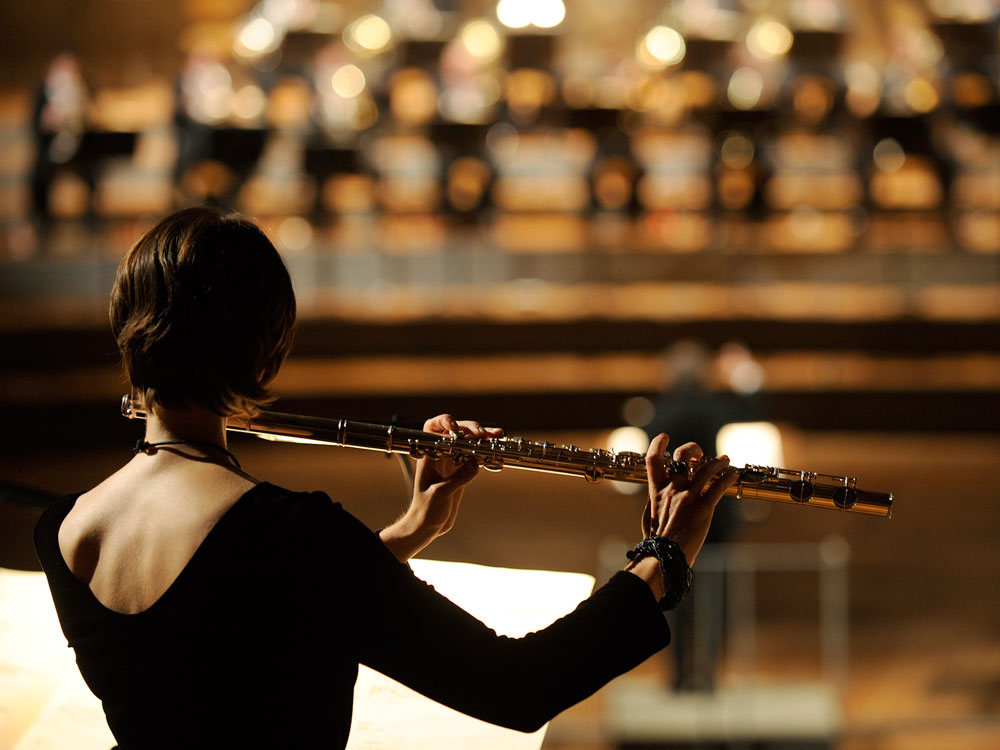 I was lucky to arrive in Berlin just in time to catch the last five concerts in a two-week music festival devoted to the music of Pierre Boulez, in honor of the great composer, conductor and cultural icon's 85th birthday earlier this year. Such an in-depth exploration of the work of a living composer is, to put it mildly, extremely rare here. The concerts took place in Berlin's modern concert hall, the Philharmonie, and its next-door chamber-music hall, which has equally wonderful acoustics.

The September night I arrived in Berlin, Boulez was conducting the Berlin Philharmonic, which many consider the world's greatest orchestra. It was the only program he himself conducted, and it was an astounding event. He opened with his own extraordinary "...explosante-fixe...," a title he explained in a pre-concert talk as a mixture of the spontaneous and wild, like an explosion, and something stable, static and fixed. The piece, from the early 1970s, is a memorial to Stravinsky and in turn quotes from Stravinsky's haunting Symphonies for Winds, which was his memorial for Debussy. With its electronic component -- and its major role for solo flute, dazzlingly played in this concert by the Berlin Philharmonic's famous flutist, Emmanuel Pahud -- it's a mysterious and moving work, not to mention a thrill to hear Boulez himself bring it to life in a rare live performance.

That Berlin Philharmonic concert ended with Boulez conducting Stravinsky's magical early opera, Le Rossignol -- the nightingale -- based on a Hans Christian Andersen story. Boulez said he had heard the work as a child, and that it made him want to be a musician. 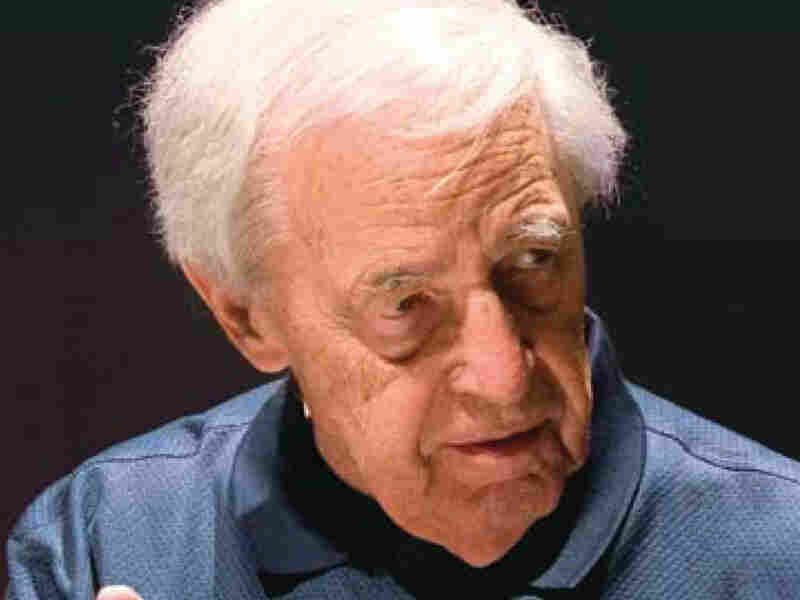 At 85, conductor Pierre Boulez says he might start to cut back on concerts in order to spend more time composing. courtesy of Naxos of America, Inc. hide caption 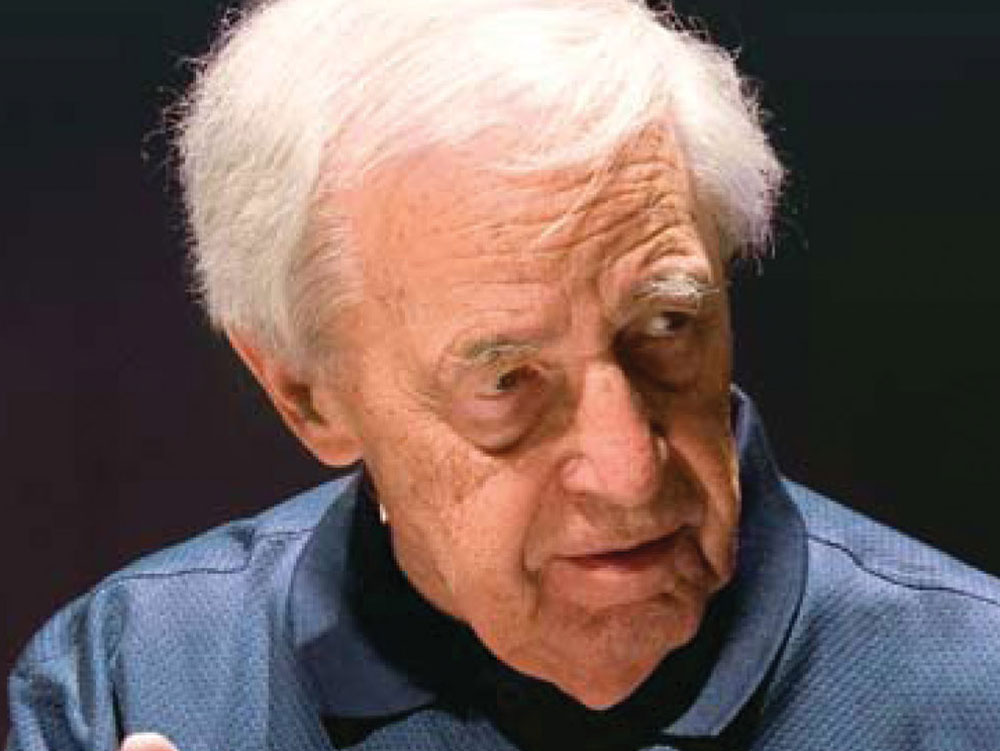 At 85, conductor Pierre Boulez says he might start to cut back on concerts in order to spend more time composing.

courtesy of Naxos of America, Inc.

Boulez's own compositions are built around famously difficult, serial music that avoids the traditional thematic repetitions most concertgoers depend on to follow a score. Yet piece after piece mesmerized me. The music was sonically ravishing, with endlessly inventive combinations of sound and texture. Landmark early Boulez was juxtaposed with more recent pieces, and also with works by other composers he admires, including Wagner. Boulez the composer is notorious for constantly revising and expanding his previous work, and this festival certainly emphasized that aspect. At one concert, the gifted Finnish conductor Susanna Malkki, leading the Ensemble InterContemporain (the chamber group Boulez himself founded), followed an early solo piano piece, "Incise," with its latest incarnation, the exquisite "Sur incise." The revision extends and redevelops the original with three pianos, three harps and three percussion instruments.

Boulez's friend, the pianist and conductor Daniel Barenboim, ended the festival by playing five of Boulez's early and delicate piano miniatures, called "Notations," and after each one leapt from piano to podium to conduct the Staatskapelle Berlin, the orchestra of the Berlin State Opera, in Boulez's stunning later expansions for full orchestra. He brought down the house. I'm sorry no recording of this concert is available.

Of the concerts I heard, only the Berlin Philharmonic was completely sold out, but the other ones had remarkably full houses. Boulez himself was always around and was easy to approach by members of the audience. He remarked how old some of these pieces seemed to him, and how old he himself seemed to be. Yet his conducting had all of his familiar energy, precision and passion. And after the last concert, when Barenboim insisted that he come on stage to take a bow, he reluctantly accepted the ovation everyone was dying to give him.