Accessibility links
Mavis Staples On World Cafe : World Cafe The legendary soul and gospel singer is one of the most prominent vocalists in contemporary music. Her latest release, You Are Not Alone, has been lauded as one of her most powerful works to date. 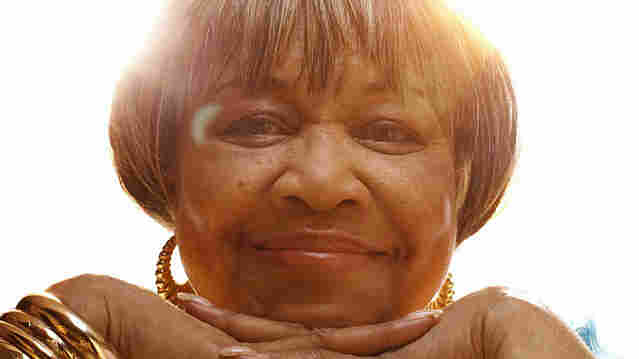 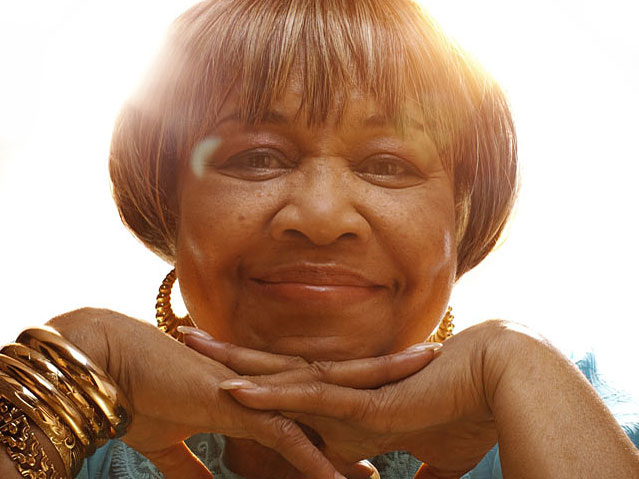 Legendary soul and gospel singer Mavis Staples is one of the most prominent vocalists of our time The start of her career with family band The Staples Singers was a modest one, performing at local churches and radio stations. But once they took their performances to the road, they became nothing short of R&B icons. Hit after hit, the group became a national voice for the civil rights movement, even working closely with civil rights activists like Rev. Martin Luther King Jr.

Staples' gospel-rooted solo recordings have captivated artists such as Bob Dylan and Prince, and paved the way for contemporary soul music. Over the course of her 50-year career, Staples has won the hearts of many with her huge vocals and messages of hope.

At 69, Staples continues to spread positivity through her music. Her latest release, You Are Not Alone, is her 13th album and features a mix of Staples' material, as well as  interpretations of songs by Pop Staples, Randy Newman, Allen Toussaint and John Fogerty.

Album
You Are Not Alone
Artist
Mavis Staples
Released
2010