Accessibility links
Erin Brockovich II? Activist Returns To Aid Town Erin Brockovich is back in Hinkley, Calif., fighting for residents who say their water supply is still contaminated by a toxic chemical. California utility PG&E settled a lawsuit in 1996 and pledged to clean up the contamination. But the chemical is back, and Brockovich is fired up. 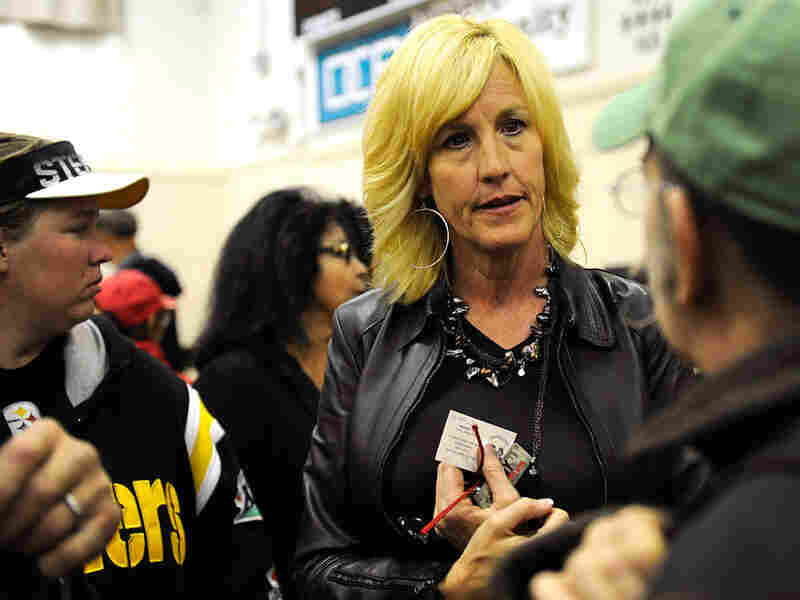 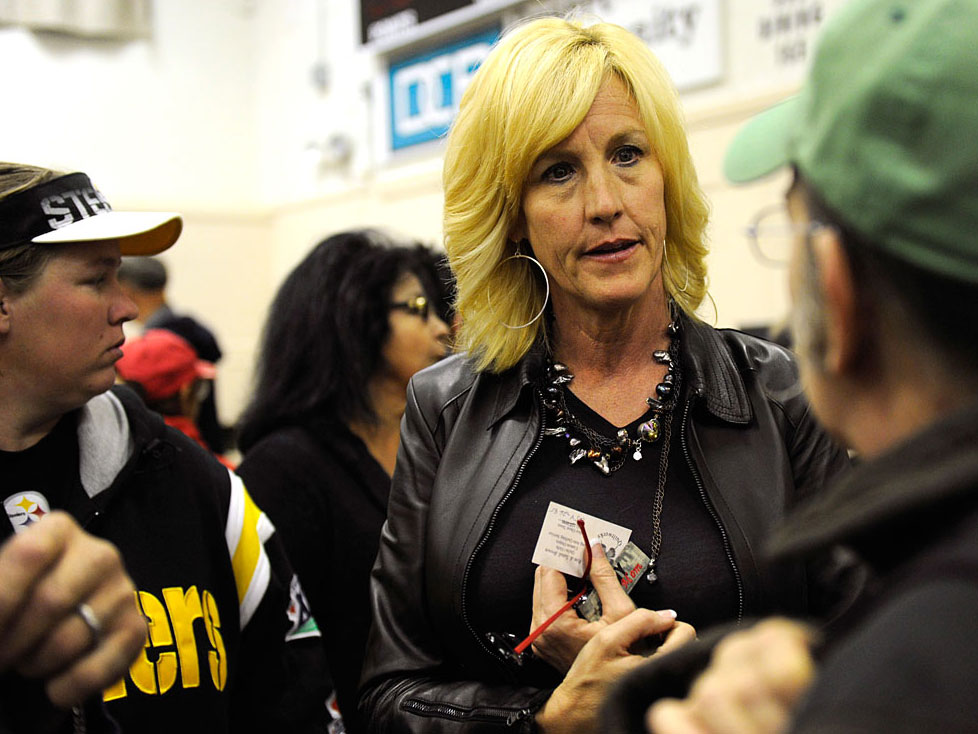 Erin Brockovich is back.

Brockovich famously took on utility Pacific Gas & Electric over contamination of drinking water in Hinkley, Calif., a saga chronicled in a movie that won actress Julia Roberts an Oscar in 2001. Thanks to Brockovich's efforts, in the 1990s PG&E settled a multimillion-dollar lawsuit with hundreds of residents and pledged to clean up the contamination.

But it appears the plume of contaminated groundwater is spreading. And Brockovich finds herself again in Hinkley, fighting for residents who say the toxic chemical chromium 6 is still in their water supply.

Roberta Walker is one of Hinkley's concerned residents. She used to live about 4 miles away from where she lives now. Back in 1993, PG&E bought her old house after discovering high levels of chromium 6 contamination in the water wells. PG&E used the toxic chemical in the 1950s and '60s to clean equipment at its local station.

Walker wanted to stay in Hinkley, so she picked a 7-acre lot of dry brushland to build a home for herself and one for her daughter's family. She says she was told the plume of contaminated groundwater would never migrate this far.

"They were taking care of it, they were containing it," she says. "I thought I was safe. Why would I think differently? Why would I bring my kids here if I was not safe?"

But this summer, tests on Walker's wells showed they were contaminated with chromium 6. Walker, who has had numerous tumors and cysts removed, as well as a hysterectomy, said she was stunned.

"Oh, my God, they are doing it again. I couldn't believe it," Walker says. "And I just called Erin right then and there. I said, 'Matter of life or death. I need you to call me.' "

The two have been friends since the early 1990s, when Brockovich, then a legal assistant with a bodacious style and wardrobe, came to Hinkley and began a years-long fight against PG&E.

At a restaurant in nearby Barstow, Calif. -- there are no restaurants in Hinkley -- Walker reflects on how Brockovich has changed since they first met.

We are absolutely committed to the cleanup of the plume and the control of the area.

"When I saw her a couple of weeks ago, I said, 'Erin, where are your boobs and your heels?' She goes, 'Well, I'm older now and wiser,' " Walker says with a laugh.

"Wise enough not to trust PG&E, that's for sure," Brockovich says.

In 1996, Brockovich helped win a record $333 million settlement from PG&E on behalf of hundreds of Hinkley residents.

Brockovich says she can't believe that after all this time, the contamination has spread. She blames state and local regulators for not supervising PG&E's cleanup, but she mostly blames the utility.

"PG&E are the ones that know where that plume's moving. They have the money, they've got the experts, they've got the maps. They should have been warning these people a long time ago: 'The plume is coming your way and you've got to go,' " Brockovich says.

For its part, PG&E says it has been closely monitoring the contamination and has had a lot of success containing it.

At PG&E's Hinkley office, spokesman Jeff Smith says he understands that many residents are anxious, but he says it's not clear that the contamination plume is growing.

"I think it's a slight oversimplification to simply characterize it as that," Smith says. "Because of subsurface water movements, sometimes you see slight expansion in one area where you see contraction in the other area. But we are absolutely committed to the cleanup of the plume and the control of the area."

Smith says the utility is also willing to talk with residents about purchasing their property if they feel they need to move out of Hinkley.

At a recent meeting, hundreds of Hinkley residents packed the auditorium of the town's only school to get an update on the contamination from local water officials.

"My boy has got a messed up ear from a birth defect. It's not even there. He has no ear on one side. My stomach is messed up. I've been stupid for eight years of my oldest daughter's life for letting her drink that water," Himmelrick says.

PG&E representatives were there, too, explaining the latest cleanup efforts, signing up residents for free water well testing and recruiting anyone interested in serving on a community advisory board.

Brockovich showed up, too. With a crowd surrounding her, she unleashed on PG&E.

"It's still not cleaned up. You are still dodging the ball. You are still not telling the truth, and you're still poisoning people. What do you want me to say? They're pathetic," Brockovich says.

She says it might take legal action to get the utility to do right by these people.

And she's not the only one thinking that way. There were several lawyers roaming the meeting, too. They ran out of business cards within the first few minutes.