Accessibility links
Movie Review - 'How Do You Know' - So Many Unanswered Questions In How Do You Know, no one knows much about anything. A former Olympian wavers between two men as she tries to find a new calling, but the tangled ideas and emotions never resolve -- and the characters' quirks start feeling stale.

'How Do You Know:' So Many Unanswered Questions

'How Do You Know:' So Many Unanswered Questions 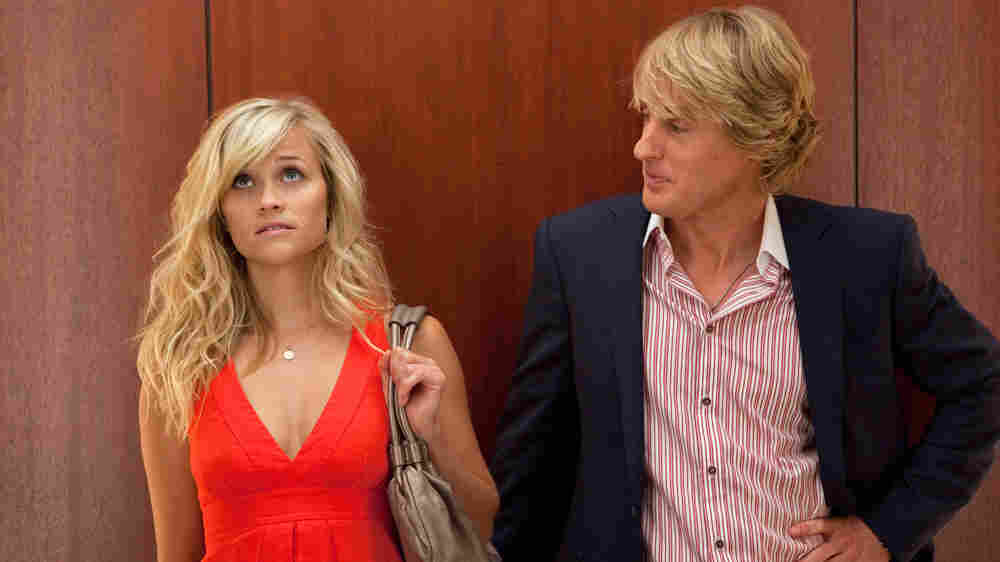 Decisions, Decisions: When Lisa (Reese Witherspoon) gets cut from her Olympic softball team, she starts seeing Matty, a pitcher played by Owen Wilson, but finds herself torn between too many options. David James/Sony Pictures hide caption

How Do You Know

Rated PG-13 for sexual content and some strong language.

The unfortunate title of James L. Brooks' latest comedy-drama, How Do You Know, is worse than nondescript—it's apt. It's like Speed in that respect: an accurate suggestion of the experience of watching it. The title lacks punctuation, but if it had any, there would be ellipses before the question mark, so audiences can fill in the rest as they see fit.

Throughout his career, Brooks has specialized in what might be called "cute neuroses," writing characters whose insecurities and hangups tend to manifest themselves in quirk. Think Holly Hunter as a wound-up producer in his fine 1987 film Broadcast News, who would carve out time in her busy schedule to sit Indian style and cry. Or Jack Nicholson in the 1997 hit As Good As It Gets, who along with uglier prejudices (racism, sexism, other -isms) carries the superstition about stepping on cracks in the sidewalk, which makes him appear more childlike than truly vicious. At worst, Brooks tries too hard to make his fusspot characters ingratiating, and their high-strung personalities start to taste like the same flavor of mush.

Shapeless and overlong, How Do You Know unfolds in a heap of unprocessed ideas and emotions, as if Brooks started production two or three drafts too early. His theme of uncertainty does, however, dovetail nicely with the sloping career arc of his star, Reese Witherspoon, an actress who made her name playing relentlessly perky young go-getters in films like Election and Legally Blonde, but has aged out of those roles. As Lisa, a 31-year-old Olympic softball star who's suddenly cut from the national team, Witherspoon redefines herself in much the way her character struggles to figure out what's next. 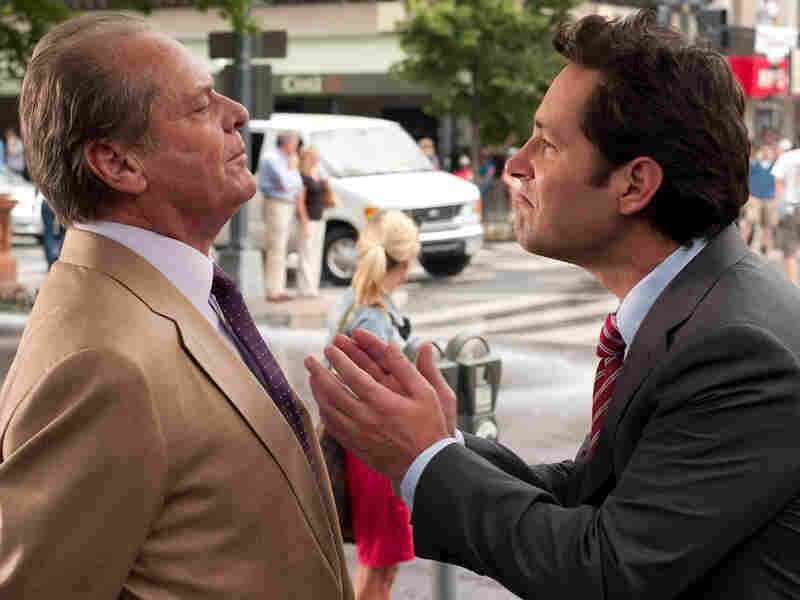 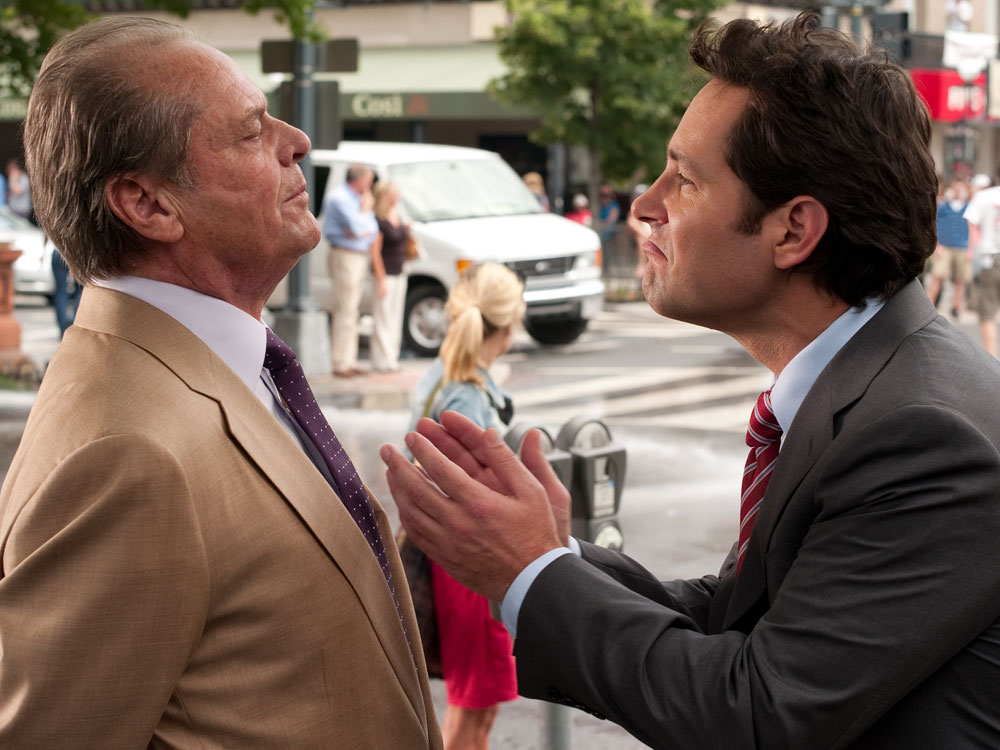 Lisa's other love interest, George (Paul Rudd), is a businessman caught up in criminal drama with his father and employer (Jack Nicholson).

The men in her life suggest radically different paths. Accustomed to spending time only with jocks, Lisa falls into a casual relationship with the affable Matty (Owen Wilson), a star pitcher for the Washington Nationals who likes to tomcat around. (The assortment of brand-new toothbrushes and pink Nats sweats in his bathroom is two-thirds insultingly presumptuous, one-third sweet.) At the same time, Lisa makes a tentative effort to date a non-jock, but the businessman she starts seeing is clinging to the bottom rung: Already in the complicated position of working for his father (Nicholson), George (Paul Rudd) has been offered up as the fall guy for financial crimes that could put him in jail.

Lisa and George have their first date on their lowest day, when she gets cut from the team and he's escorted out of his office, but the way Brooks writes the scene is indicative of where the film goes wrong. Instead of grappling honestly with two distracted people trying to connect, Brooks has them agreeing to clam up and eat their meal in complete silence, like an old, contented married couple. When they do finally talk later on, the words spill out in anxious bursts of self-analysis, followed by apologies for rambling, followed by more self-analysis.

Of the principals, only Wilson makes much of an impression, mainly because Matty stands out for his blithe confidence, slipping into narcissism as if it were a terrycloth robe. It's almost sad to watch Matty get sucked into this vortex of a love triangle, because it forces him to be as fretful and indecisive as everyone else. He gets no help from Brooks, either: How Do You Know introduces characters who don't know where to go, then fails the turn on the lighthouse.