Accessibility links
A Breast Oncologist, Diagnosed With The Disease After a routine mammogram, breast cancer specialist Dr. Marisa Weiss was diagnosed with a breast tumor. The founder of breastcancer.org discusses her diagnosis and treatment. 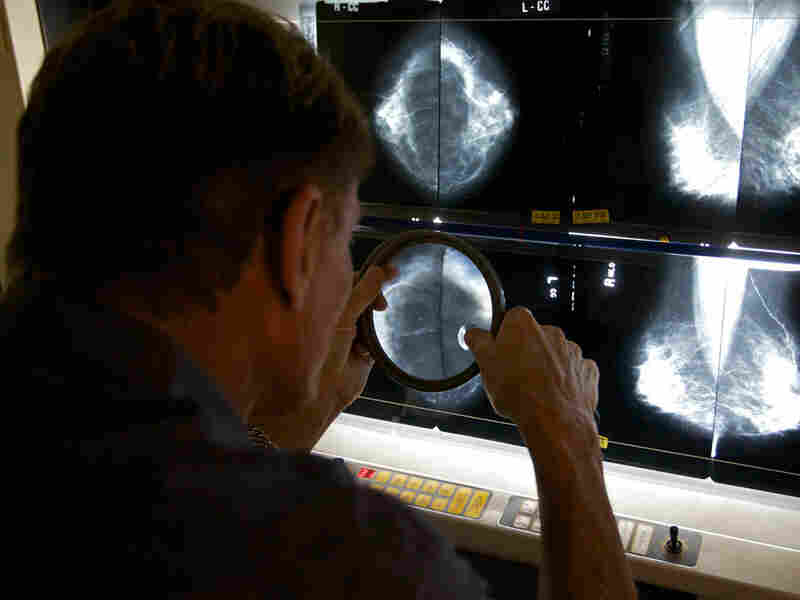 A radiologist examines a mammogram for signs of breast cancer in Los Angeles in May, 2010. Damian Dovarganes/AP Photo hide caption 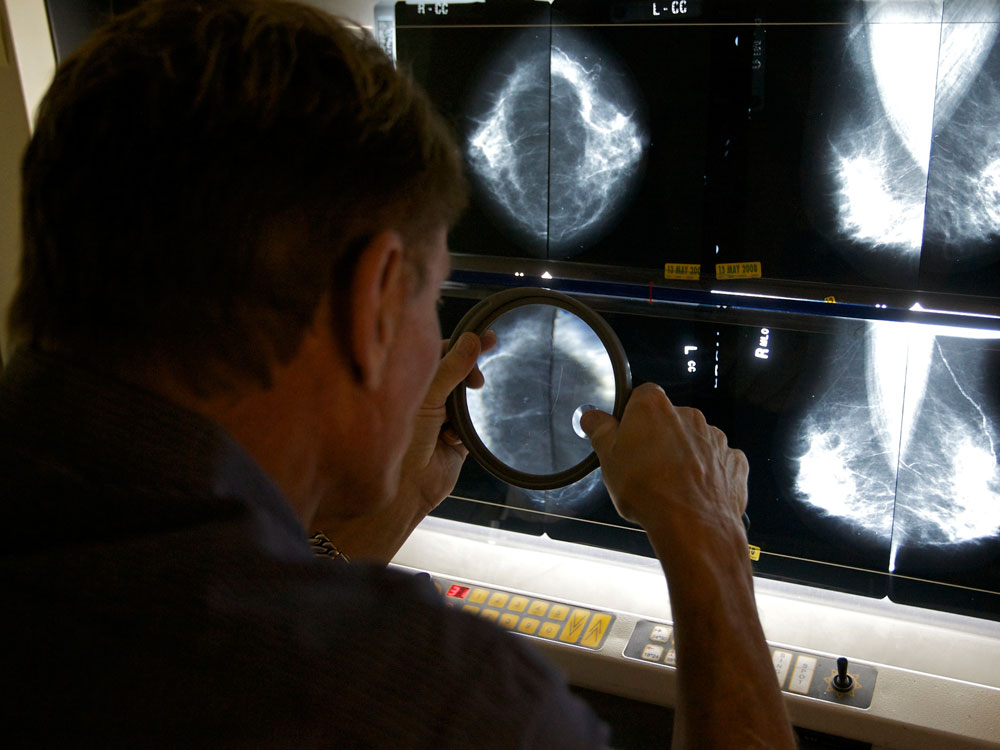 A radiologist examines a mammogram for signs of breast cancer in Los Angeles in May, 2010.

Over the past 20 years, Dr. Marisa Weiss has treated thousands of women diagnosed with breast cancer. But in April of 2010, the founder of the website breastcancer.org found herself on the other side of the examining table. After a routine mammogram, she was diagnosed with a breast tumor.

"When it happened to me, it was a shock," the oncologist tells Terry Gross. "I was a very busy person and during a very busy day like anyone else, I had to rush to the mammography department, take all the clothes off, wait in that gown, wait to be called and I thought it was just going to be like any other year."

It wasn't. The radiologist who examined Weiss' films told her that he saw something worrisome and wasn't sure what it was.

"Those words were serious words," she recalls. "And I got an appointment to come back the next day."

After another mammogram confirmed calcifications in her breast, Weiss had an MRI — a more sensitive diagnostic test for dense breasts like hers.

"After the MRI, I came out and looked at the faces of the radiology technicians who operate the machines and they wouldn't look at me," she says. "They were avoiding my glance. So I knew then that it was serious. And then I went from there to the radiology reading room to meet with a radiologist who pulled the images fresh up on the screen and like a light bulb there it was, a tumor in my left breast that was clearly a cancer."

Weiss was lucky. Her cancer was discovered early and her prognosis is excellent. She says without a routine mammogram, she might not have been so fortunate. In 2009, a report issued by the U.S. Preventative Services Task Force said that mammograms were unnecessary for women under 50 — and women over 50 only needed mammograms every other year.

"I'm 51 now and it was my mammograms in my 40s, as opposed to my mammogram when I turned 50, that revealed a change that ended up being early signs of breast cancer," she says. "So I am a direct beneficiary of early detection. And so I feel very grateful to have a high-quality mammogram, a digital mammogram. ... I believe strongly that women should get their first mammogram starting at age 40 and have it each year after that — and start even earlier if they're at higher risk."

Marisa Weiss is the founder and president of breastcancer.org, a support group for women diagnosed with breast cancer. She is also the author of Taking Care of Your "Girls:" A Breast Health Guide for Girls, Teens and In-Betweens and Living Beyond Breast Cancer. She is a member of the American Society of Therapeutic Radiation Oncology and the American Society of Clinical Oncology. 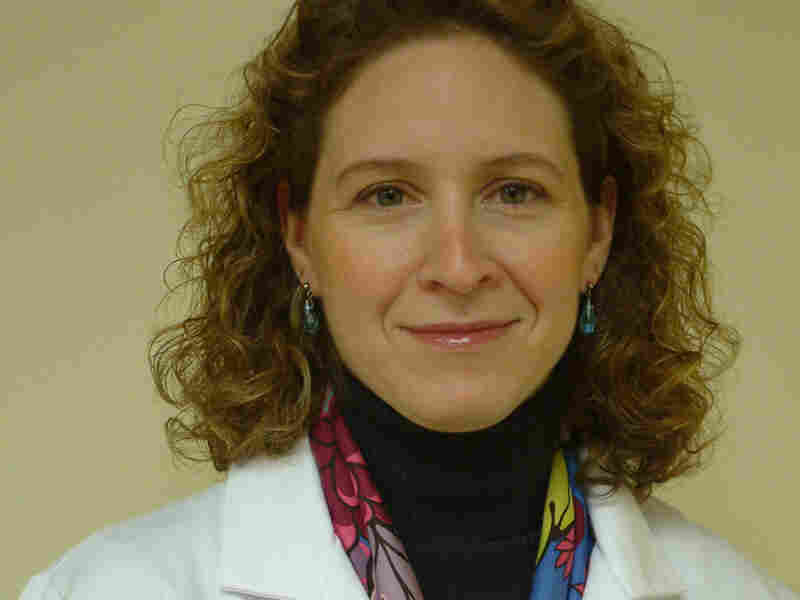 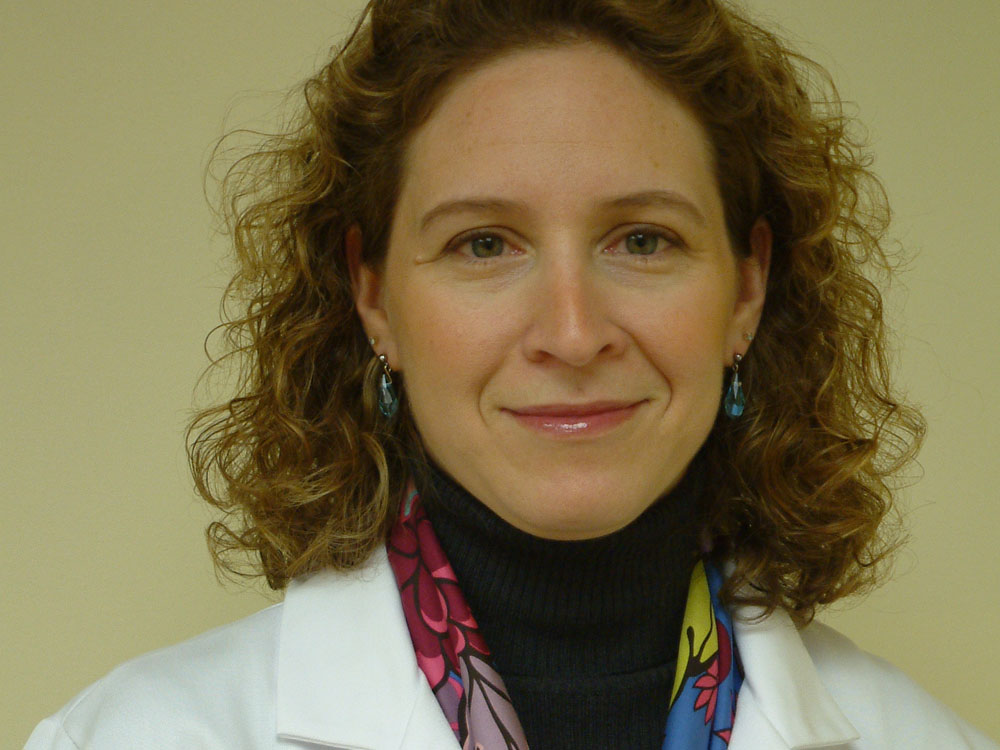 Dr. Marisa Weiss is the founder and president of breastcancer.org and a breast oncologist in the Philadelphia area.

On the breast cancer gene

"The breast cancer genes only explain 5 to 10 percent of breast cancer cases today and those are ancient, stable abnormalities. They haven't changed. But what has changed over the years ... are changes in our outside environment and our body's inside environment. So in terms of the inside environment, with obesity making extra inside hormones that can influence breast cell growth, it also triggers more insulin growth factor. More women are drinking alcohol. More women have not stopped smoking. They've started but they haven't stopped as quickly as men have. We lead very stressful lives. We don't sleep enough. We run ourselves ragged."

"There is a lot of controversy about the value of mammograms. Everyone agrees that mammograms do help save lives. But the controversy's about which group of women are most likely to benefit. I believe strongly that women should get their first mammogram starting at age 40 and have it each year after that — and start even earlier if they're at higher risk. The taskforce guidelines that came out in November of 2009 recommend that women start getting mammograms at age 50 and then do it every other year. And they base that on old-fashioned studies using old-fashioned technology: film mammography instead of what we have today which is digital mammography. And they use that old-fashioned literature to make futuristic predictions. In fact, it is the younger woman who is going to derive the greatest benefit from today's technology, digital mammography."

"The MRI is a fancy, very sensitive and expensive test that can look at the breast in a completely different way than a mammogram can. So the MRI scan actually ends up being the most effective way to find an invasive breast cancer early, the kind that can travel to other parts of the body. Whereas the mammogram is the best at finding the non-invasive breast cancer early — the kind that shows up as little grains of salt called calcifications. They're very complementary since they give you different kinds of information about the same breast. ... In my situation, I have dense breasts and I also have a strong family history, so for me, I actually needed the benefit of not just each one of those tests but also the correlation between the findings."

On advice to patients

"We're now in the era of personalized care. For each patient, she needs to understand: what is the unique extent and nature of the cancer that she's been diagnosed with because that's going to tailor her own treatment plan that is right for her. Because there's no 'one size fits all.'"

"When you take pharmaceutical estrogens from the outside environment into your internal environment, inside your body, you're basically marinating your cells in a substance that's going to promote its growth so breast cells are very responsive to hormones as well as medications that can act like hormones and when you're constantly being marinated in a mix that contains hormone replacement therapy, the cells can become overactive and can become cancer cells. So the recent study shows women are at a higher risk for getting breast cancer and [getting] breast cancer that's more aggressive that's gone into lymph nodes. So the paper really asks doctors and patients to have a conversation about this."