Accessibility links
A Temporary Solution For A New American Worker The number of temporary jobs is on the upswing even though the nation's unemployment rate has stubbornly stayed above 9 percent for 19 months. Some workers say they prefer temporary jobs and the flexibility that comes with them to long-term employment.

A Temporary Solution For A New American Worker

A Temporary Solution For A New American Worker

Time was, being a temporary worker in America meant you probably couldn't find -- or couldn't hold -- a permanent job. Temps were considered second-class citizens.

Nowadays, a cohort of workers prefers temporary work -- and the flexibility it offers them -- to long-term, full-time employment.

For one thing, job security ain't what it used to be. In businesses across America, temporary workers are becoming a part of business as usual. In March, USA Today reported that in a few years, a quarter of the American workforce will be made up of contract workers, sometimes called "permatemps." 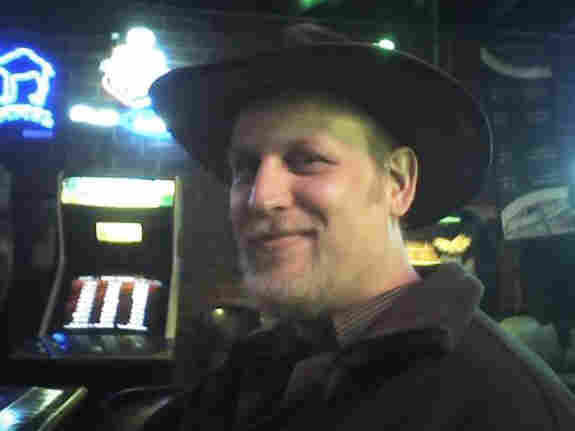 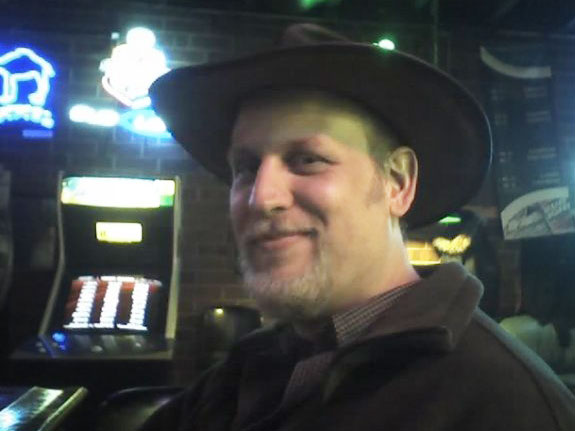 For another thing, such a transitory transition fits right in with all the other temporariness in our everyday lives: temporary hair dye, temporary credit cards and cell phones and computer files. One website lets us create a temporary e-mail address that lasts for 10 minutes. Others let us build temporary websites as launching pads for spam.

We are told that renting homes and leasing cars may be smarter than owning these things.

More and more, marriages are temporary. So are divorces. And to deal with the fallout of these in-and-out relationships, we file temporary restraining orders.

The poets have always known that everything is temporary. Nothing gold can stay, etc. Now we are all learning the lesson. And it may be changing the ways we think about our working life.

'A Nation Of Temps'

Like red-tail hawks, which have adapted to -- and sometimes seem to thrive in -- suburban sprawl, American workers are also being pushed by external forces to change the ways they survive and flourish. Increasingly, workers operate as independent contractors or free agents, roving from job to job. They live in a world of temporary office space with temporary cubicles and temporary co-workers.

The Rise Of The Temporary Workforce

*Employment figures for October and November 2010 are preliminary.

Even though the nation's unemployment rate has stubbornly stayed above 9 percent for 19 months, the number of temporary jobs is on the upswing.

In fact, since September 2009, the total number of temporary-help employees has risen by nearly 500,000, a 29 percent jump for the category, according to the Bureau of Labor Statistics. During the same period, overall private jobs have grown less than 1 percent.

Business is brisk at Manpower, the Milwaukee-based company that supplies temporary workers to entities around the world. In the United States, says Juan Carlos Cruz, Manpower's director of communications, "economic uncertainty remains and companies are doing more with less. Companies are focused on maintaining financial flexibility and, therefore, more flexibility in their workforce. They are continuing to hire more temporary workers."

He says, "Older, younger, urbanites and rural people are all part of this trend."

And as Penelope Trunk, blogger and author of Brazen Careerist: The New Rules for Success, says, "We are increasingly becoming a nation of temps."

Choosing To Be Temporary

More than 400 people responded to an inquiry on NPR's Facebook page seeking those who have chosen the permatemp work style and were willing to be interviewed.

Being a temp, many people say, offers malleable work schedules, opportunities for travel and chances to choose employers rather than the other way around. And there are other reasons: 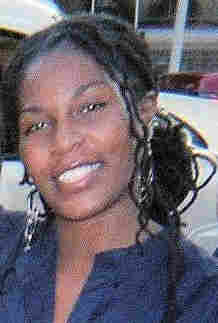 "I'm afraid of commitment," says Brandon Gatz, 33, of Charlotte, N.C. By night, Gatz is a sushi delivery driver. By day, he is an on-call information technology specialist for several local businesses. "I prefer temp work for several reasons: The pay is typically 25 percent to 50 percent more than the same permajob.  I can bill actual hours worked as opposed to straight salary."

There is "more autonomy" when you work for yourself, Gatz says. And "once the temp job has run its course, I can move on to the next temp job and there are no burned bridges or hurt feelings."

Synira Allen, 38, lives on Chicago's South Side. She works in the area of youth development and specializes in diagnostic reading instruction. "I prefer temporary work for two main reasons," she says, "because I found that I am more of a task-oriented worker. This means that when my attention is given to one task within a specific time frame, I am more committed to that task and am motivated to complete the task, and I've concluded that I, like most people of my generation, do not have the patience and allegiance to commit our lives, attention and time to companies in the same way that past generations have."

Such commitment to one corporation, says Allen, who is single and has no children, represents "a kind of indentured servant element" that she resists.

People need flexibility in their careers, Penelope Trunk says, "in order to develop the skills they need to develop. It used to be that if you stayed on the corporate ladder, the company took care to build your skills. Today that's not true -- we're each responsible for our own career path and skill development."

The temp life can be lonely. But thanks to the Internet there are a few places where temporary workers can turn for support and advice. And as the number of temporary workers in America increases, there are likely to be even more message boards, blog spots and tip sheets for temps. Here is a trio:

In the emerging workplace, she says, "temporary, short-term jobs build skills faster than long-term jobs in many cases."

She points out that many high performers in Generation Y (roughly speaking, people born between 1975 and 1995) job-hop in order to strengthen their resumes. "The average duration in a job for Gen Y is 18 months," she says. "The new workforce is highly mobile, self-starting and dynamic, and temp jobs are more suited to this type of workforce."

The "stigma of temping" is past, Trunk says. In addition, "90 percent of Generation Y says they want to be entrepreneurs. A temp job is a great way to get money when you need it while you are doing something else -- starting a business, writing a book, traveling the world -- with more focus than that temp job."

Like Carla Hernandez. A 34-year-old painter, Hernandez had a full-time job with an established employer but gave it up to pursue her own creativity in an entrepreneurial fashion. Until November 2008, she was a traveling exhibitions registrar at the American Museum of Natural History in New York. Then she became a temp and has worked at seven or so different places since leaving the museum. 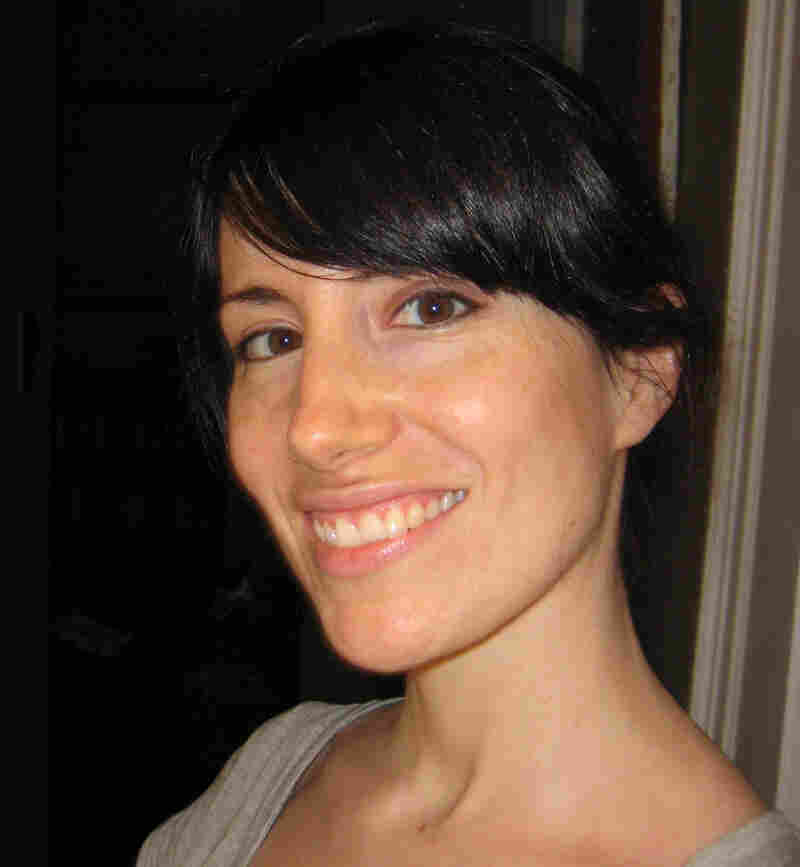 At this point in her career, she says, "I choose to work temporarily, because in between jobs I will have blocks of time when I can focus on making artwork and applying for artist opportunities, such as exhibitions and residency programs."

She prefers the temp-worker lifestyle because it allows her to think of her work as a kind of art performance. "I enjoy project-based work that is condensed to several weeks -- or less," she says. "The jobs I've had are essentially productions, especially when thinking about traveling exhibitions, where you are staging a show. There is an intensity about the work that comes in short spurts and is then over. ... I walk away feeling satisfied that I saw that job to the end.  It's a feeling of instant gratification. There is no long-term commitment and little room for boredom or monotony."

Downsides To The Temp Life

To be sure, many people do not choose to be temporary workers. They would like to have full-time jobs with benefits and some security.

There are plenty of downsides to the temp life. Temps say they don’t get a chance to make lasting friendships. They don't always feel a part of the office camaraderie. They don't share in the job security that full-time workers enjoy. They often get into the office rhythm at the point they are ready to leave. It's harder to apply for credit cards and home loans. And there are always concerns about benefits.

"Health care coverage has been problematic," Hernandez says. "Right now, I can't afford even the most basic plan with the Freelancers Union. I'm currently a patient at a community health center for checkups and minor medical emergencies. I have had, however, two trips to the ER while living without coverage and have had to apply for financial assistance."

She has never resorted to filing for unemployment assistance.

Companies such as Assurant Health offer temporary health insurance. And Manpower provides health care plans to some of its temps.

Government-sponsored universal, portable health care and other benefits, such as unemployment insurance that doesn't punish workers for moving in and out of jobs, would provide a safety net for a temporary workforce. "But the problem for most individuals is still the cost of transitions and the risk of being stuck for long periods without work," says Peter Cappelli, who teaches management at the Wharton School of Business at the University of Pennsylvania. "Some arrangement to manage that risk would be required to make this palatable to most individuals."

In fact, Cappelli says, "we already have something like this now. Many people work for staffing companies that provide work to clients, switching people from client to client depending where the need is. The staffing firm becomes like the agent -- finding work for people and tiding them over with payments of some kind in between projects."

And so we could become a nation of working nomads -- moving from job to job and developing multiple skill sets. Perhaps we are evolving to the next level of Henry Ford's vision as we shift from mass production to a mass of producers, and from an economy in which laborers who once worked with interchangeable parts on the assembly line become themselves the interchangeable parts.

I Survived Unemployment, Thanks To Benefits Dec. 2, 2010