Accessibility links
'Pushing Up Daisies' And Our Passion For Euphemisms From "passed away" to "Chilean sea bass," euphemisms are a way to avoid unpleasant terms or phrases. But in Euphemania, Ralph Keyes argues that using them isn't necessarily lazy or evasive: "It takes an even higher order to not say what we mean, while still conveying our thought." 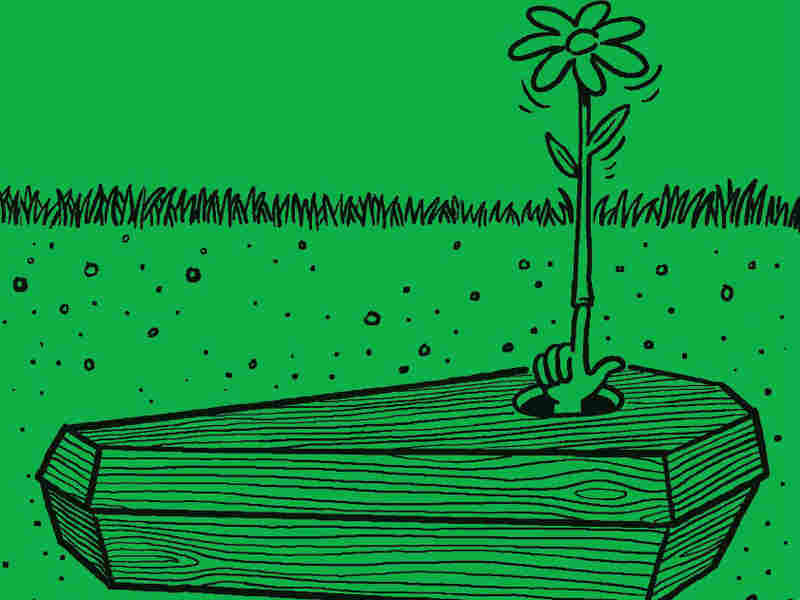 From "passed away" to "Chilean sea bass," euphemisms are a way to avoid unpleasant terms or phrases.

But in Euphemania, Ralph Keyes argues that using them isn't necessarily lazy or evasive; it can actually be harder to not say what we mean and still get our point across.

Take, for example, the euphemisms we use for death. Keyes notes that the French talk about "eating dandelions by the root," their version of "pushing up daisies." He also recalls an old high school classmate who once told him how the life insurance industry avoids the word: "When one of their policy holders became eligible for his benefits to go to his heirs, they said he was 'post-retirement.'" And one of the author's favorite modern expressions is "going offline." 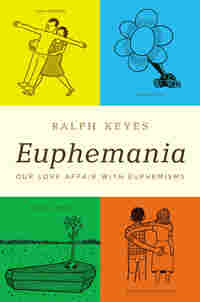 Keyes says many euphemisms were initially created to avoid blasphemy.

Today, he says, euphemisms are more often applied to money, murder and, most of all, food.

"[At] one time, Patagonian toothfish was freely available to anyone because no one wanted to eat it," Keyes says, "until a very clever entrepreneurial sea importer renamed it Chilean sea bass."

According to Keyes, the tradition of using euphemisms for food is pretty widespread: thymus glands are known as sweetbreads, and bull testicles are known as Rocky Mountain oysters and prairie oysters. Rapeseed oil was an especially tough sale until someone thought to rename it canola oil.

"In England in the swinging '60s and '70s, a woman was upstairs with a guy behind a closed door," he recounts. "Later, when she came down and was asked what she was doing with the guy, she flushed and said 'Oh, we were discussing Uganda.'" For a long time after that, "discussing Uganda" was used as a euphemism for having sex.

Euphemisms can also evolve in their meanings in what Keyes refers to as "the carousel ride of euphemisms."  The phrase "hook up," for example, was once a nice, casual term for getting together.  Today, it's meaning is much more suggestive.

After an orator in ancient Rome said it was the duty of a freed slave to have sex with her former owner, duty became euphemistic for "sex" among young Romans. "You aren't doing your duty by me," they would say, and "He gets a lot of duty."

Duty was an event-based euphemism. In this common form of the genre, well-known episodes provide the basis for euphemistic allusions. In some parts of China, homosexuality was once called the passion of the cut sleeve. This referred to an ancient tale about an emperor who cut his sleeve so he could take leave of his male lover, who lay asleep on that sleeve, without disturbing him.

Such euphemisms have meaning only to those familiar with their context. During the 1970s, for example, discussing Uganda became a way of describing sexual activity among swinging Londoners. This alluded to a story popular at the time that involved a young couple who made love in an upstairs bedroom during a party in someone else's flat. When asked later what they'd been doing, the young woman said, "Discussing the situation in Uganda." For a time thereafter, "Would you care to discuss Uganda?" was the hip Londoner's sexual come-on.

Event-based euphemisms typically enjoy the life expectancy of a fruit fly. Most die out with the memory of those around at their inception, if not sooner. Only old-timers know why a fart was once known as a one-o'clock in Australia (because before World War II, a cannon was fired at that time of day from Fort Denison in Sydney's harbor, a practice that did not resume for nearly half a century). And who today would refer to bedbugs as Norfolk-Howards? At one time, some Britons did just that. Because "bug" was considered a vulgar word in Victorian England (as opposed to "insect"), an unfortunate Londoner named Joshua Bug wearied of the opportunities his last name presented for laughter. In 1861, Bug changed his surname to Norfolk-Howard. After this face-saving gambit was announced in the Times of London, he found that his new name had become a euphemism for the old one. ("That mattress was full of Norfolk-Howards.")

More than a century later, when in England as a Rhodes scholar, Bill Clinton had a go at smoking marijuana. While campaigning for the presidency two decades later, Clinton admitted this but said he "didn't inhale." That became an overnight euphemism for getting high on marijuana. ("I used to inhale when I was in college.")

This euphemism survived somewhat longer than most that are event based do and can still be heard on occasion. "The point was to inhale," Barack Obama has said of his own youthful marijuana use. Another event-based euphemism that could prove durable is wardrobe malfunction. After Justin Timberlake explained that this was why Janet Jackson's nipple was exposed when he tugged at her bodice during the halftime show of Super Bowl XXXVIII, wardrobe malfunction quickly became euphemistic for exposing parts of one's body (especially when singer Britney Spears began doing this on a regular basis). When actress Emma Watson inadvertently displayed some underwear in public, she denied that this was a Britneyesque flash, calling it more of a "wardrobe malfunction."

A few years after Janet Jackson's flash, Senator Larry Craig ( R-ID) pled guilty to soliciting sex from an undercover police officer in the adjacent stall of an airport men's room by tapping his toe beneath the stall divider. Toe tapping then became a euphemism for gay solicitation. When Craig explained that his foot appeared beneath the next stall's divider because

To keep track of such euphemisms, one must be au courant newswise. It also helps to be up on contemporary pop culture references, ones in which Steely Dan can refer to either the rock band by that name or an erect penis. An even more esoteric modern euphemism in this area is sunglasses, referencing an often-erect sunglass-wearing rock guitarist. ("OMG! Sunglass alert!")

Obviously, euphemisms cover a lot of ground and serve many masters. How did they become such a central part of our discourse? To answer that question, we must go back to the earliest known euphemisms, ones created in the caves, forests, and savannas where our ancestors found some things so frightening that they could only speak about them indirectly.

Excerpted from Euphemania by Ralph Keyes, copyright 2010, with permission from Little, Brown, and Company.