Accessibility links
'Tron': Back, But It's Hardly By Popular Demand Nothing in Hollywood is ever really dead -- witness Disney's expensive return to the world of an underwhelming 1982 sci-fi film, which proves that a decade or two of patience can make a "cult classic" out of a flop with a tiny fan base.

'Tron': Back, But It's Hardly By Popular Demand

'Tron': Back, But It's Hardly By Popular Demand 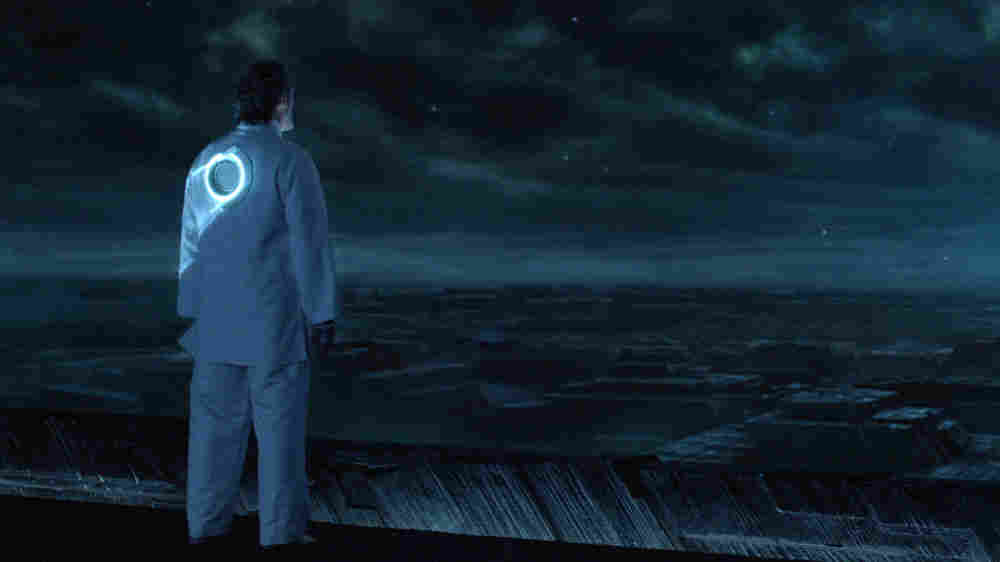 Still A Player: Jeff Bridges returns to the role of Kevin Flynn, who in an expensive new sequel to 1982's Tron has spent decades trapped in a video game-inspired digital world. Disney Enterprises, Inc. hide caption

In Scandinavian countries, it was once common to bury a fish until it rotted, then dig it up and eat it.

Most Americans would say they'd never do anything so unhygienic. But the Walt Disney Co., possessed of an overstuffed pop-culture pantry, has done something almost as gamy: It's excavated a 28-year-old flop, Tron, and is offering it as a Christmastime delicacy.

To be fair, Disney isn't simply reheating leftovers. It's concocted a sequel, with the curious title of Tron: Legacy. ("Legacy," ironically, being a high-tech euphemism for "obsolete.") Everything in the long-delayed follow-up is said to be brand new, except the dopey premise and the likelihood that it'll lose a bundle.

The new Tron, like the first one, is about flesh-and-blood humans who somehow get trapped inside a computer system (aka "The Grid"). And where the original struggled to break even on a $20 million budget, the new one is tempting box-office calamity with a cost estimated between $150 million and $200 million. (That's a hefty uptick, even adjusted for inflation, and Hollywood insiders are predicting a weak opening.) 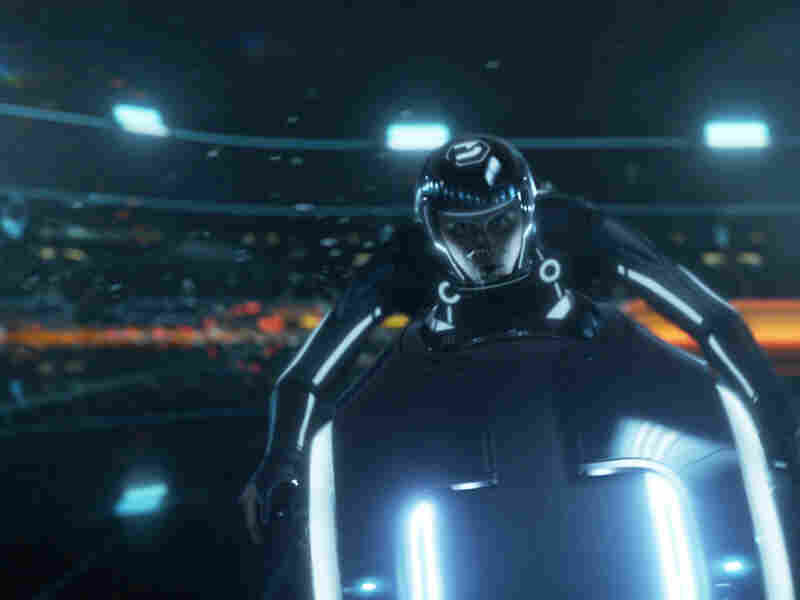 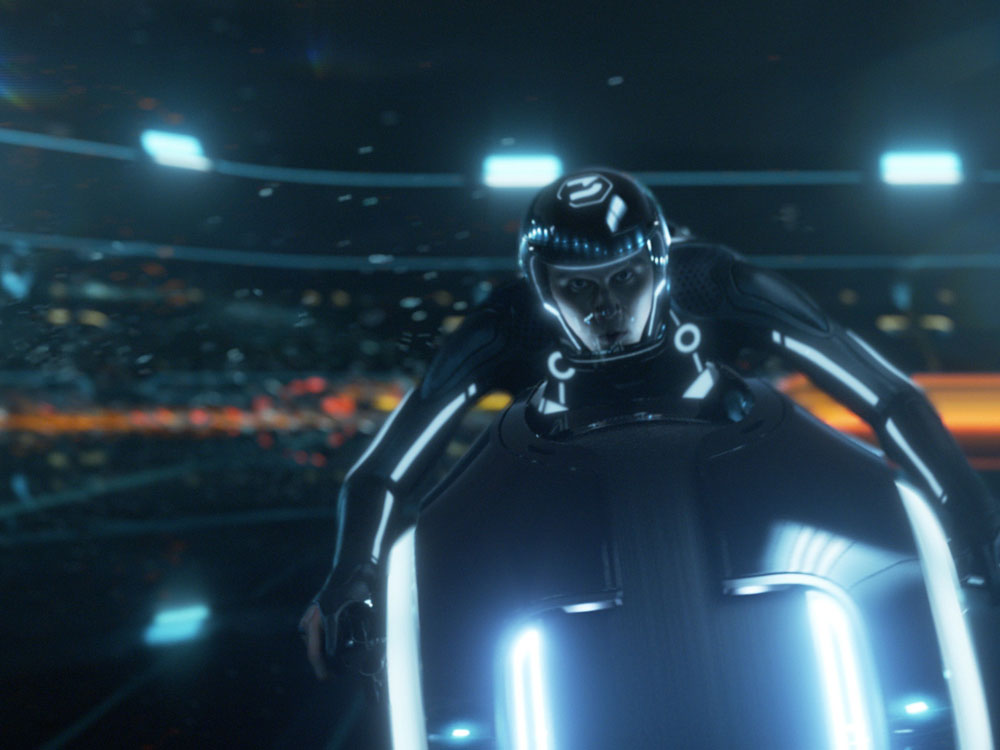 After entering "The Grid" himself, Sam Flynn (Garrett Hedlund) joins his father's struggle to escape.

All right angles and black backgrounds, the 1982 Tron was ahead of its time principally for having a video-game tie-in. The home computer was then a rarity, and an underpowered one.

In retrospect, the movie has been hailed for inaugurating the CGI era -- though ironically, many of the movie's digital-world special effects were not computer-generated. In any case, reviewers at the time dismissed the film as clumsy, dull and incoherent, with several suggesting that Tron was upstaged by its video game. (A novel complaint about a movie then, although not anymore.) All of which suggests that if Tron: Legacy is the tardiest Hollywood follow-up ever -- George Lucas dithered only 16 years between Return of the Jedi and The Phantom Menace -- it might be because nobody really wanted it.

Well, not quite nobody. Tron had at least one devoted fan: Jay Maynard, the self-proclaimed Tron Guy. Beginning in 2004, Maynard became a frequent guest on Jimmy Kimmel Live, where his homemade Tron suit (and the pudgy physique the skintight outfit revealed) was a reliable source of late-night talk-show fun. If there's no such thing as bad publicity, Tron Guy's dork appeal must have helped revive the franchise.

Inevitably, YouTube expanded Tron Guy's notoriety, just as video games and DVDs kept the Tron name from vanishing. (To fan consumer frenzy, Disney recently let the DVD of the 1982 flick go out of print, with a 2011 relaunch planned.) And if the original movie stiffed, its basic concept persisted: What's the real difference, after all, between The Grid and The Matrix?

In some ways, the times have caught up with Tron. Movie CGI effects are certainly much more advanced, and electronic music has expanded its audience. The original featured a thin-sounding score by Switched-On Bach's Wendy Carlos; Tron: Legacy boasts theater-rocking music (and a cameo) by the French dance-music hitmakers known as Daft Punk.

Timeliness may not be the point, however. Some box-office failures, like Willy Wonka and the Chocolate Factory, spawn sequels or remakes because their cult followings expand over the years. But other sequels to commercial disappointments -- Hellboy 2: The Golden Army, anyone? -- defy logic. Inexplicably, major studios are now reworking such '80s and '90s duds as Overboard, Red Sonja and The Shadow.

So cult or no, Tron Legacy probably exists just because nothing in Hollywood's compost heap ever fully decomposes. Every flop is worth another try, or at least a studio-exec pitch. Howard the Duck Guy, if you're out there: Don't lose hope.