Accessibility links
Shelby Lynne And Allison Moorer: Musical Sisters Lynne and Moorer are sisters with long, acclaimed solo careers, but they've long kept their musical lives separate. For the first time, the two performed a few intimate shows on the road together this fall. 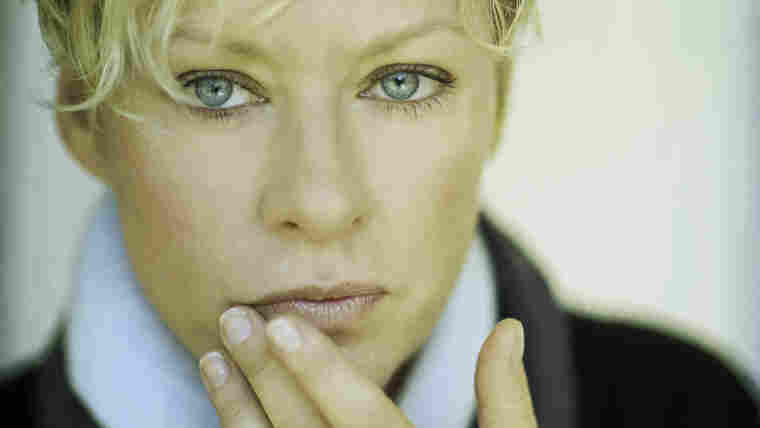 On their rides to school in the morning, Shelby Lynne says, her mother taught her daughters to sing harmony. Victory Tischler-Blue/Courtesy of the artist hide caption 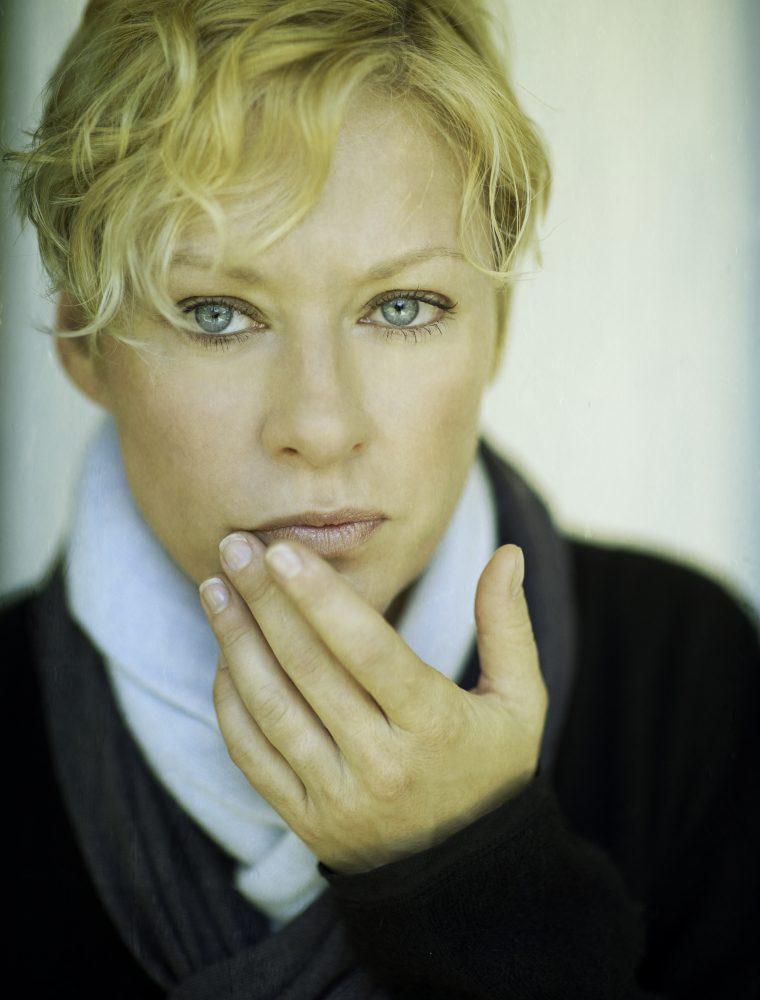 On their rides to school in the morning, Shelby Lynne says, her mother taught her daughters to sing harmony.

Victory Tischler-Blue/Courtesy of the artist

Lynne And Moorer Live In Studio 4A

'Easy In The Summertime'

'I Couldn't Stay Away From You'

Shelby Lynne and Allison Moorer are sisters with long, acclaimed solo careers. But they've kept their musical lives separate. For the first time, Lynne and Moorer started performing intimate shows on the road together this fall. The song that opens each concert -- and suitably titles the tour -- is "Side by Side."

"I don't remember not knowing it," Moorer says of the song.

During the 20-minute drive to school, Lynne says that their mom would sing.

"The three of us in the car would sing three parts," Lynne says in an interview with All Things Considered host Melissa Block.

"We had an old car. The radio didn't work, so we sang," says Moorer.

"Singing was just like breathing in our house," says Lynne.

Moorer says it was their mother who taught them about singing and harmony, but that it was their father who gave the sisters the drive to perform onstage. It's surprising, then, that it's taken Lynne and Moorer so long to tour together, but Lynne says it feels like home.

"Music is so important to us," Lynne says. "It's a communication tool. It's a way of being emotional without calling up and saying, 'Hey, I'm going to be emotional right now.' Instead, it's 'Hey, pick up the new record.' " 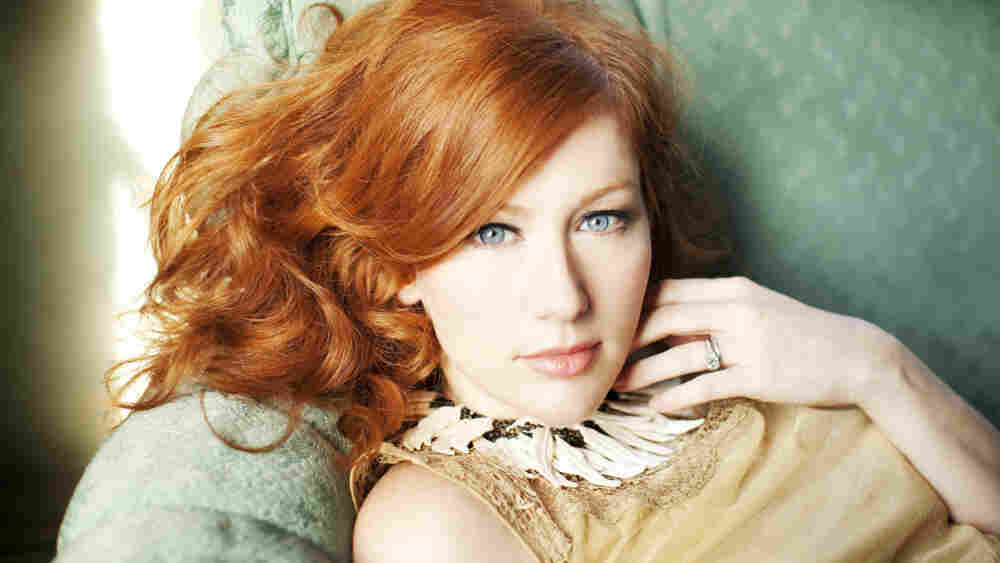 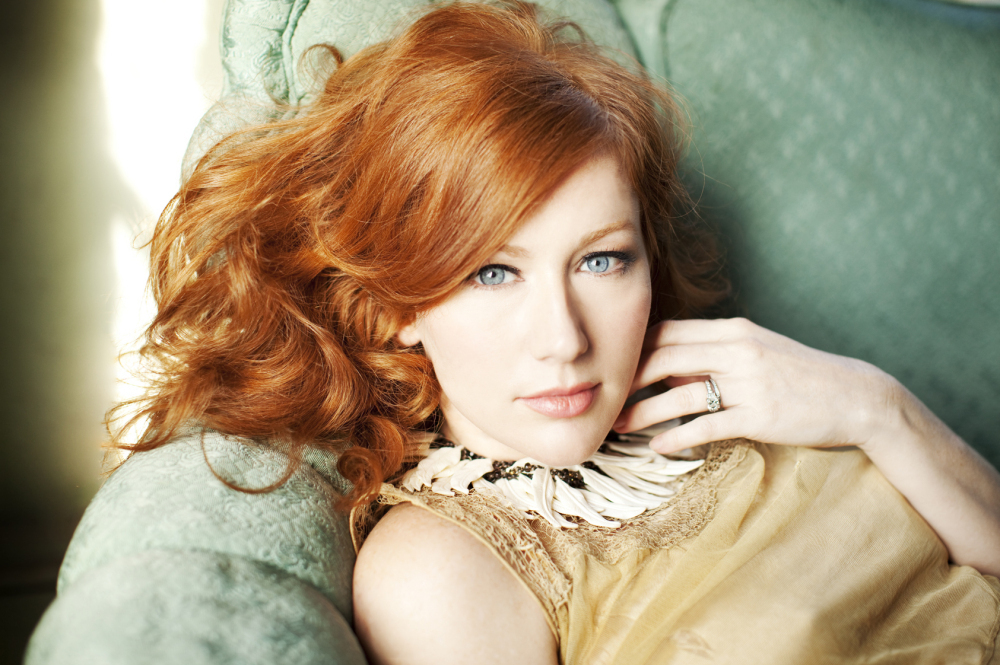 Allison Moorer called her sister, Shelby Lynne, when she wrote "Easy in the Summertime."

But the two sisters do pick up the phone and share ideas. Moorer, in particular, wanted Lynne to hear "Easy in the Summertime" because it's about a shared, harsh childhood memory.

"Allison and I have never been afraid to bare our souls when it comes to music, because we're so moved by music," Lynne says. "And then, to be able to perform it and have the same emotion -- that's powerful. We don't have a problem doing that."

"Easy in the Summertime" alludes to a painful chapter from the pair's childhood. In 1986, their father shot and killed their mother before turning the gun on himself. Lynne and Moorer were only teenagers.

"I feel like I sort of grew up as a writer when I finally wrote ['Easy in the Summertime']," Moorer says. "I've called it recovery in three verses. The first part is what actually happened. The second verse is what I want to remember. And the third verse is how we survived it. Our parents aren't with us anymore, so what we have from that time is each other."

In the third verse, Lynne becomes a firefly: "Firefly whispered in my ear / She said, let's get out of here."

"I've always probably been a little bit more of a practical-minded person than Shelby," Moorer says. "But I have, at times in my life, depended on her to be my firefly. She allows herself to be a much more visceral person than I sometimes do."

Moorer has dealt directly with those deaths in her songs, but Lynne hasn't released the songs she's written on the topic. She says she just doesn't want people to think she's sad.

"I've never wanted my story to be the thing," Lynne says. "It's been a hurdle to keep it at bay. But it's definitely there and a part of it. I'm 42 years old now. That happened so long ago, and it shapes who you are, but it's certainly something that I'm at peace with."

Moorer says she's just writing what she needs to write.

At their concerts, Lynne and Moorer perform "Miss Celie's Blues," a song about sisters from The Color Purple. As the two sing in NPR's Studio 4A, Moorer says its last line sums them up: "Sister, have I got news for you / I'm something / I hope you think that you're something, too."

"We've always wanted the best for each other," Moorer says. "Sissy and I really feel words and melodies. We're just music. We're so lucky that we have each other to sing with."