Down The 'Rabbit Hole,' Drawn By Grief

Down The 'Rabbit Hole,' Drawn By Grief 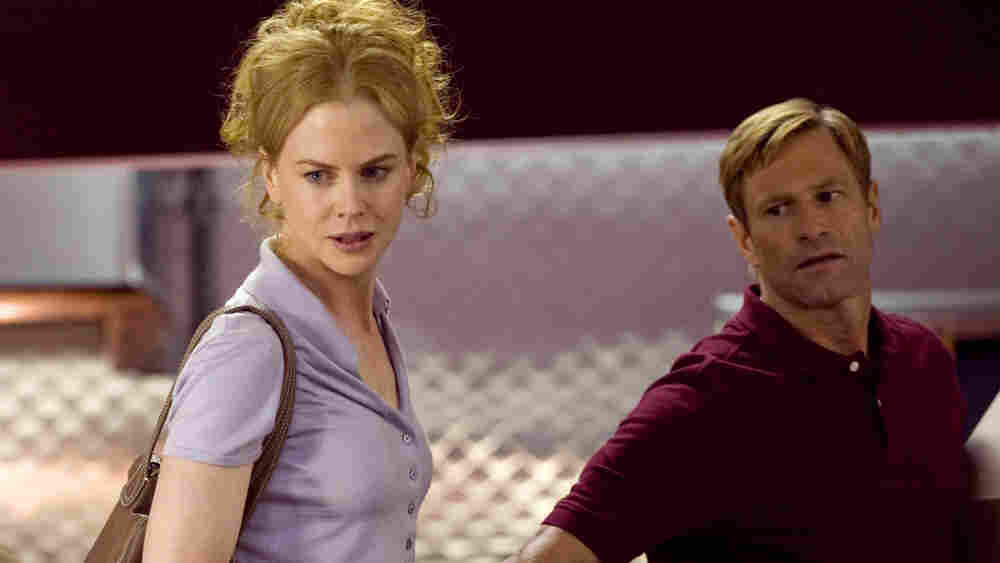 Falling Apart: Nicole Kidman and Aaron Eckhart star as Becca and Howie, whose opposing reactions to their son's death lead to a crumbling marriage -- and a difficult but touching journey toward recovery. David Geisbrecht/Lionsgate hide caption

From 'Rabbit Hole' - 'He Needed Another Angel'

'He Needed Another Angel'

On paper, John Cameron Mitchell, who brought us the raucous, utterly dear Hedwig and the Angry Inch and the sexually adventurous Shortbus, is the last person to take on a straight-ahead domestic drama. Here he is, nonetheless, with Rabbit Hole, about an ordinary couple riding the waves of a loss that's no less terrible for being as common as dust.

Yet star and co-producer Nicole Kidman chose boldly and well when she signed Mitchell to direct her production company's first picture. He brings respect, tenderness and a generous helping of his antic wit to Rabbit Hole, not to mention a rare gift for adding visual radiance to a talky stage play. Nimbly adapted by David Lindsay-Abaire from his Pulitzer Prize-winning play, the movie both mimics and slyly violates the stately TV-movie plod through stages of grief to a hard-won but inevitable serenity.

There's nothing tidy about the fraying marriage of Howie (Aaron Eckhart) and Becca (Kidman), a well-heeled couple reeling from the accidental death of their 4-year-old son. Mitchell keeps the pace leisurely and the tone muted, but an abyss of incomprehension and resentment opens up between the two as they stagger through their polarized responses to the tragedy. While Howie tries to hang on to every reminder of his son, obsessively replaying home videos on his cell phone, Becca seeks to erase all traces of the boy. She puts away his clothes, removes his drawings from the refrigerator and lashes out at any unfortunate who offers consoling bromides.

In Kidman's precisely calibrated rendition of a woman quietly unraveling, we see that Becca was never the easy partner in this marriage; loss has simply brought out a bitch in her whom Mitchell plainly enjoys. She despises their bereavement group -- a scene there provides an occasion for Mitchell to pull out the irreverent stops -- and while Howie diligently shows up for its meetings, Becca takes to stalking the sweet, fatherless Jason (touching newcomer Miles Teller), a teen who's tortured by uncertainty about his culpability in her son's death. 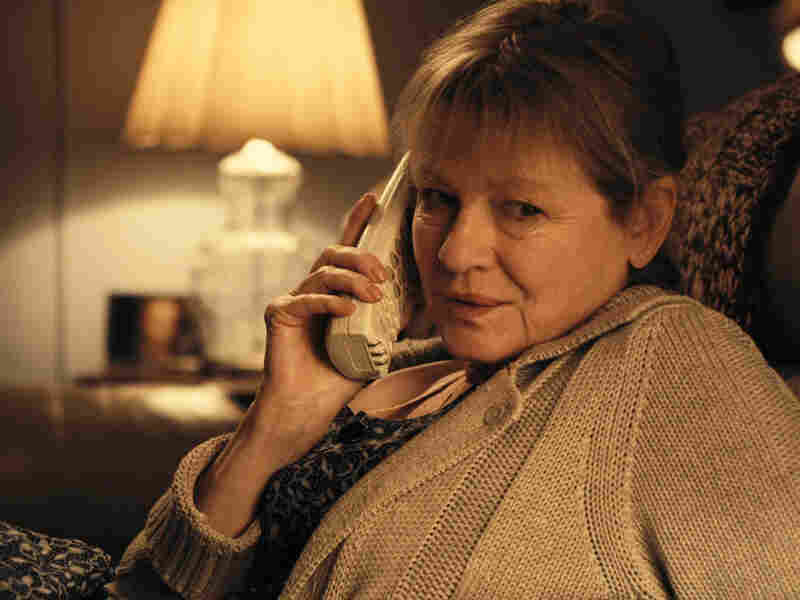 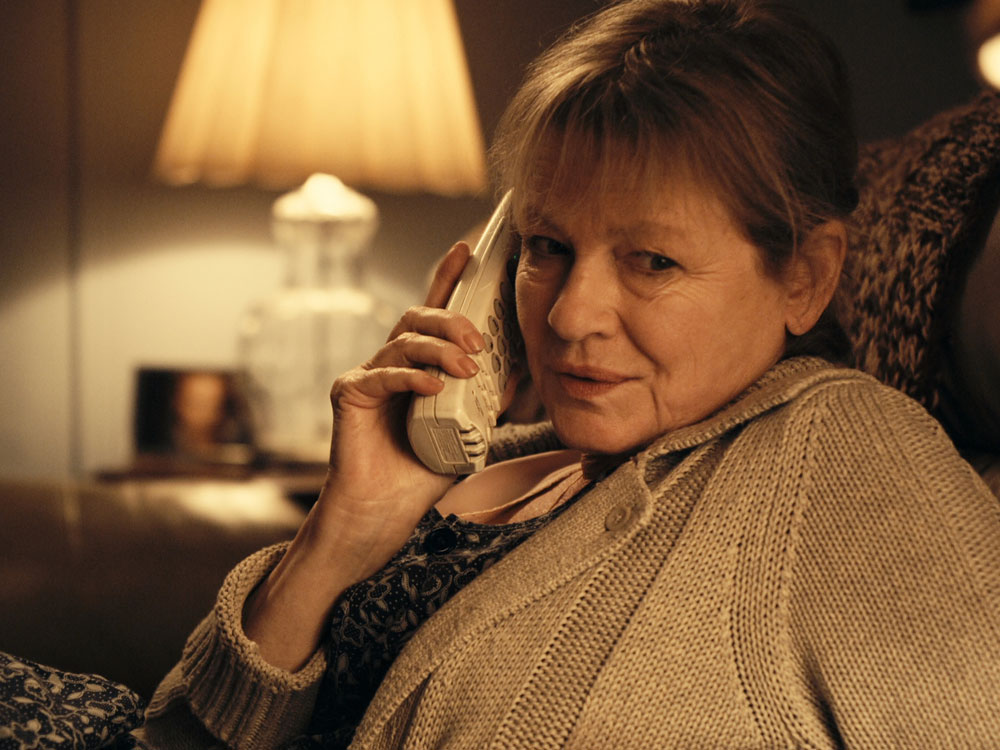 With his shifty eyes, his thin, compressed lips and his gym-sculpted body, Eckhart is hardly an intuitive choice to play a decent, bewildered Everyman. But he rises beautifully to the occasion, playing off Kidman's acidic outbursts until Howie, too, veers off the rails -- though in his own direction. Barely managing the unevenly rocking boats of their separate sorrow, Howie and Becca cling for dear, destructive life to their clandestine excursions. No wonder Becca is fascinated by Jason's comic-book ventures into parallel universes.

Mitchell shores up these two strong leads with a well-oiled ensemble from which the incomparable Dianne Wiest stands out, a vision in lumpy cardigans as Becca's flighty but worldly-wise mother. A matter-of-fact Sandra Oh also shines as a multiply bereaved mom from "group" who offers Howie a bong, and other kinds of balm, to soothe his grief.

Mitchell and Lindsay-Abaire never overplay their hands, never reach for the cathartic wallow. Things boil over frequently but quietly in Rabbit Hole, and in getting everyone to underplay (Anton Sanko's minimalist score sustains the tact), Mitchell at once heightens the drama and brings it closer to the eternal incompleteness of life. Rabbit Hole redefines "healing" not by banishing loss, but by having its characters own it, then carefully place one foot in front of the other until life can be resumed or rebuilt with the pain contained.

Watching Howie and Becca's struggle, I was reminded of a cherishable tragic-comic line in Hedwig, whose transgender rock singer declares of his brutally mutilated member -- the result of a botched sex-change operation -- "It's what I have to work with." Becca's grief is what she now has to work with, and though Rabbit Hole tells a familiar tale, its goofy, loving feel for human cruelty and rage, for kindness and breakthrough bursts of exuberance, lifts this lovely chamber piece high above the crowd.