Accessibility links
Health Care Rulings Reignite Judicial Bias Debate In the politically charged atmosphere surrounding challenges to the Obama health care law, judges are drawing almost as much attention as their decisions. So far, two judges appointed by a Democrat have upheld the law, while Judge Henry Hudson, appointed by a Republican, has overturned a portion. 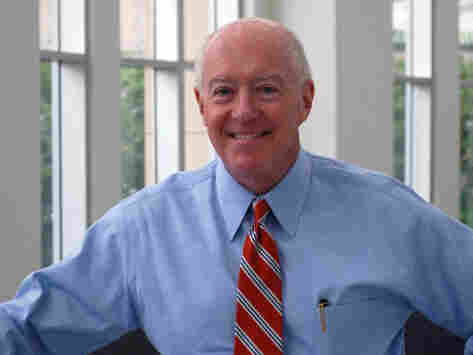 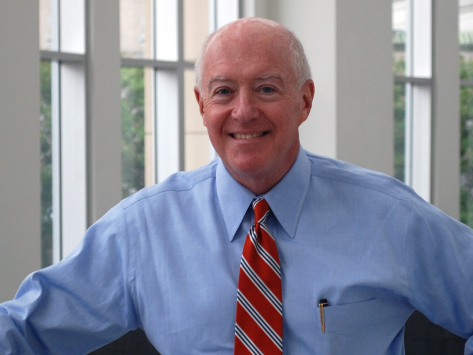 He has a colorful background: He's a former deputy sheriff and GOP congressional candidate. He was an anti-pornography crusader in the Reagan years. And then there's this: He has an ownership stake in Campaign Solutions Inc., a Republican consulting firm that has advised conservative political candidates.

In the health care challenges and other politically charged disputes, the judges hearing the cases are now drawing almost as much attention as the law.

Two other federal judges, Norman Moon in Virginia and George Steeh in Michigan, both appointed by Democratic President Bill Clinton, have voted to uphold the Obama health care law.

And that has revived a long-standing debate over whether party affiliation or political background can predict how a judge will rule.

Challenges To The Health Care Law

Of the more than 20 lawsuits over the health care law that have been filed, so far:

-12 cases have been dismissed because of issues with jurisdiction or standing.

-3 cases have resulted in rulings on the merits of the law:

"Judge Hudson's status as a shareholder is almost undoubtedly a correlation rather than the causation of his decision," said Hofstra University law professor James Sample. "But it doesn't look very good."

"The provocative question in this case, I think, is, you know, what would possess a federal judge to maintain a continued financial interest in a group pushing litigation in his own courtroom?" Sample added.

For his part, Hudson told The Washington Post that he and his wife invested in the consulting company at the urging of a friend, before he became a judge. And Hudson said he sees no conflict.

Republicans Vs. Democrats: Too Simple?

"I can understand where the public would think that the Democratic judges are siding with the Democratic president, and the Republican judges are ruling against him," said Stephen Gillers, a legal ethics expert at New York University School of Law. "But I think that's wrong. At least, it's too simple.”

Gillers said he thinks something else is at work: bigger ideas about the power of the president and the Congress.

Questions about judges, their spouses and political involvement have been cropping up a lot lately.

News accounts this year highlighted the work of Virginia Thomas, the wife of Supreme Court Justice Clarence Thomas, at a conservative policy group that has challenged the constitutionality of the Obama health care law. She has since limited her leadership role in the group.

And lawyers recently asked Judge Stephen Reinhardt to step aside from the panel of 9th Circuit Court of Appeals judges hearing the California same-sex marriage case because his wife is an official at the American Civil Liberties Union in Southern California. The ACLU opposes the ban on same-sex marriage.

But Reinhardt refused to back away. He issued an order saying he could be impartial.

David Rivkin, a Republican lawyer, will be arguing to overturn the Obama health care law in Florida on Thursday, in front of Roger Vinson, a federal judge appointed by President Ronald Reagan. And Rivkin said the tactic of attacking judges has become all too familiar.

"If you do not like what the judge or judges have decided, in a case where you feel the decision should have come out another way, what you do is you attack their motives, you attack them for their background," Rivkin said. "That is absolutely inappropriate, and it is not an American way."

There could be another round of murmuring when the health care lawsuits finally make their way to the Supreme Court. Republican lawmakers are already trying to get former Obama Solicitor General Elena Kagan, who joined the court earlier this year, to agree to remove herself from hearing the case.