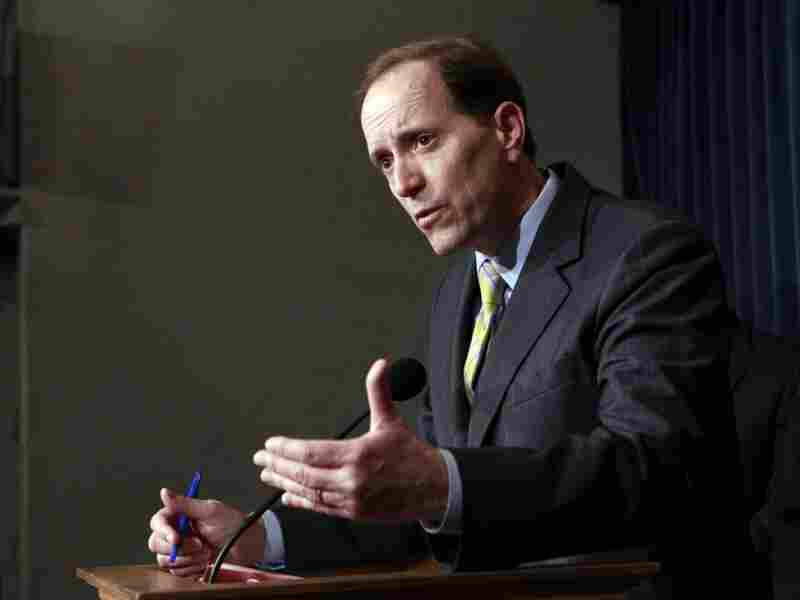 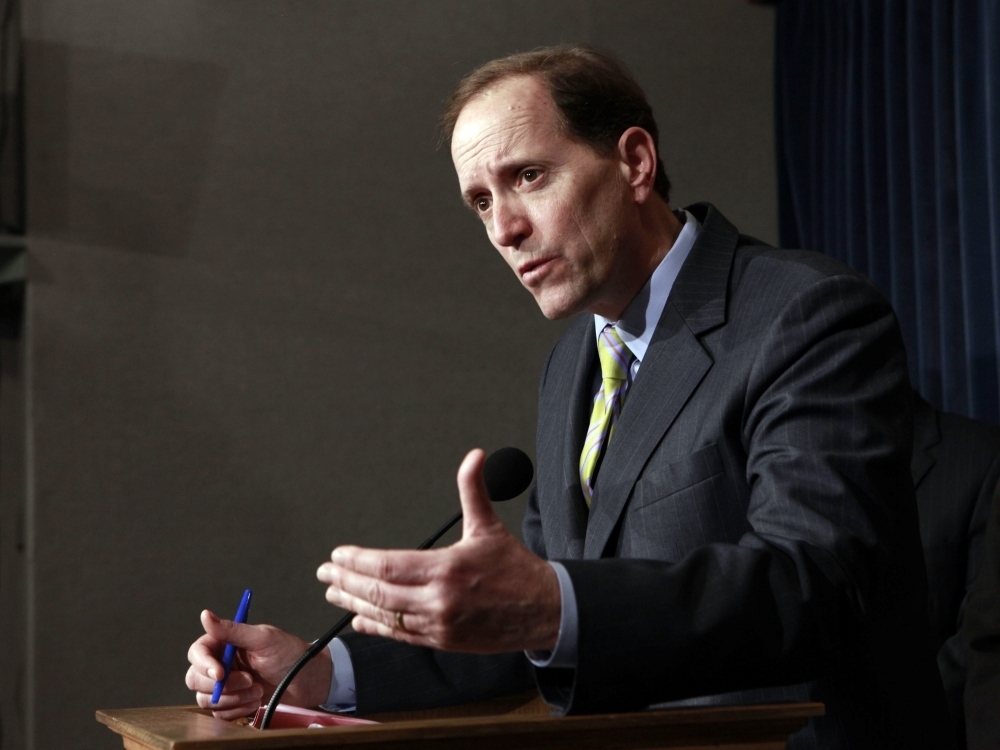 Rep. Dave Camp (R-MI), the incoming chairman of the House Ways and Means Committee, has been urging tax reform through a fair and efficient tax code.

The incoming chairman of the House committee that oversees the nation's tax laws says government spending must be reduced as part of efforts to reform the tax code.

"I think we have to begin by reducing spending from these inflated levels we're at, and we need to begin to pursue fundamental tax reform so that we can get our economy moving again," Rep. Dave Camp (R-MI) tells Morning Edition co-host Steve Inskeep.

"I think we can get some broad bipartisan agreement that it needs to be done," Obama said last week on Morning Edition. "But it's going to require a lot of hard work to actually make it happen."

Camp, who was elected to the powerful House Ways and Means Committee in 1993, says he finds those words encouraging.

"I think we have to reform our complex, burdensome tax code," he said. "It's 10 times the size of the Bible with none of the good news."

Camp takes over the panel from Rep. Charles Rangel (D-NY), who lost his chairmanship amid an ethics investigation. In a 2006 interview with NPR, Rangel said a tax overhaul had wide appeal -- at least in the abstract. He saw closing tax loopholes as a way to raise federal revenue.

When Camp speaks of tax reform, he says he wants a fair and efficient tax code but not more tax money. But centrist budget experts like Joe Minarik of the Committee for Economic Development say the U.S. deficit cannot be solved by tax increases or spending cuts alone. What is needed, they argue, is a combination.

Camp says, however, that curbing spending should be the No. 1 priority.

"The concern is if you go to higher revenue now, you will never get the spending reductions that you need to bring government back in line," he says. "And you'll have this continuing cycle of an ever-growing government becoming more of our economy, and that I think is what we're going to try to avoid."

This is where Camp differs from Obama, who said last week that higher income earners should pay more in taxes. But the Republican says he doesn't want to focus on issues where he might disagree with the president.

"I'm encouraged by the things the president has been saying in general about tax reform," he says. "I think to begin the year pointing out where I might differ with the president isn't productive.

"I think that we have to build some credibility with the American people, and I'm concerned about the average middle-class family that is really bearing the cost and the expense of much of what government spending has meant."

Camp's argument is that a simplified tax code can simply improve the economy, which eventually would mean more tax revenue. But he acknowledges that it won't be easy to agree on whose tax breaks go away.

"They're all in there because somebody really wanted them, so it's not going to be easy to change them," he said.

Changing who gets a tax break is just one of Camp's goals.